San Francisco and Seattle are the cities in the United States with the strongest job markets for digital marketers, according to a recent report from MarketPro.

The report was based on an analysis conducted in August 2016 of digital marketing job postings on Indeed and LinkedIn for major US cities. The researchers determined which cities had highest total number of postings, then used census data to determine the number of openings per capita. 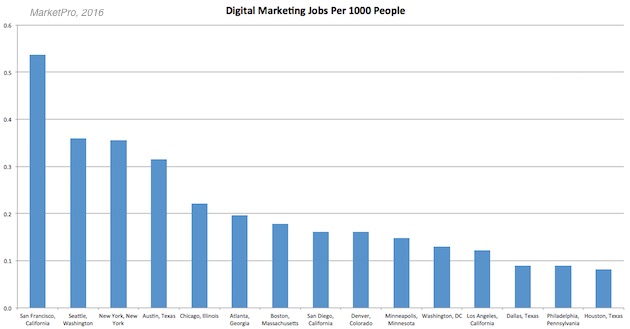 About the research: The report was based on an analysis conducted in August 2016 of digital marketing job postings on Indeed and LinkedIn for major US cities.