The average starting salary for marketing and advertising jobs is expected to increase 3.6% in 2017, according to recent research from The Creative Group.

The Creative Group 2017 Salary Guide was based on data from North American staffing and recruiting professionals who make thousands of full-time, temporary, and project placements each year. The researchers determined projected 2017 average salary ranges for positions in the United States based on starting pay only; bonuses, incentives, and other forms of compensation were not taken into account.

Average starting pay for interactive and design positions is expected to undergo the biggest jump (5.3%) next year, the analysis found. 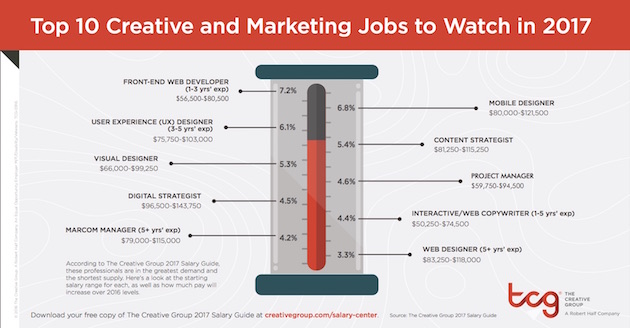 To see salary ranges for more roles, as well as to see how average pay varies by location, check out the full salary guide. 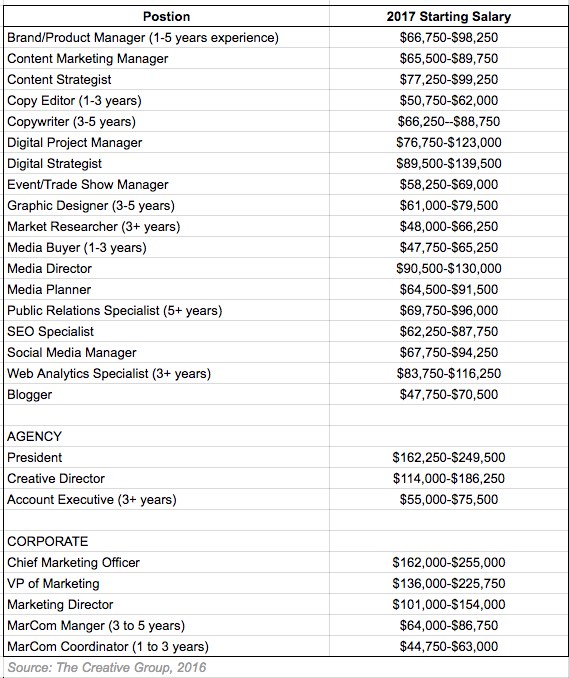 About the research: The Creative Group 2017 Salary Guide was based on data from North American staffing and recruiting professionals who make thousands of full-time, temporary, and project placements each year.