Most bloggers (56%) say it takes them three hours or less to write a typical blog post, according to recent research from Orbit Media Studios.

The report was based on data from a survey of 1,055 bloggers from around the world who create content in a wide range of verticals.

The average time spent creating a typical blog post has increased since 2014. 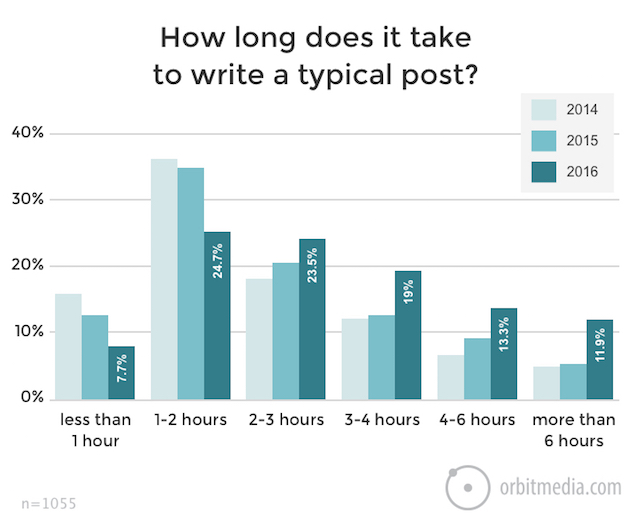 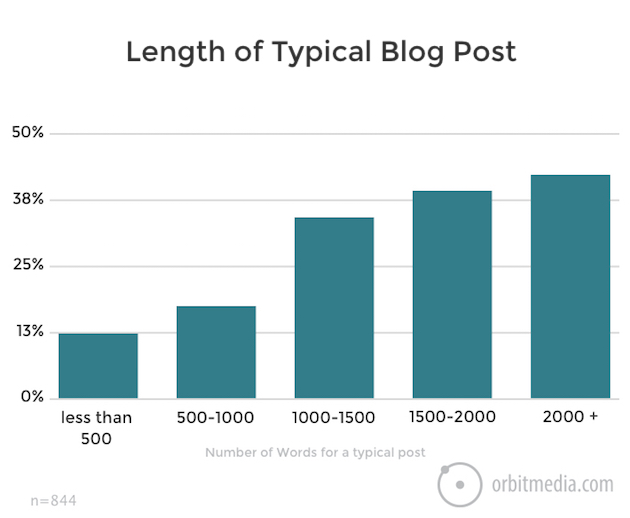 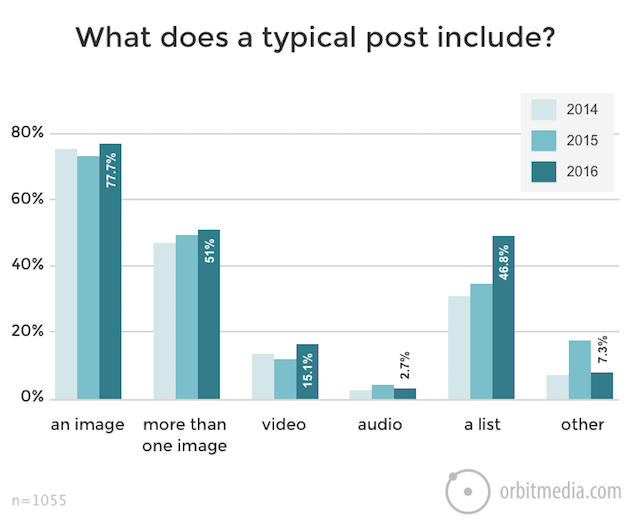 About the research: The report was based on data from a survey of 1,055 bloggers from around the world who create content in a wide range of different verticals.