The report was based on data from 6.2 million Instagram posts by 20,000 profiles (brands and individual users) in 2016.

Posts that include at least one emoji have an average interaction rate (an index score of likes/comments standardized by total Instagram posts and followers) of 2.07.

Posts that do not include at least one emoji have an average interaction rate of 1.77.

More than half (56%) of the accounts examined use emojis in at least some of their Instagram posts.

The use of emojis in Instagram posts increased for accounts of all sizes in 2016, except for the very largest (10M+ followers). 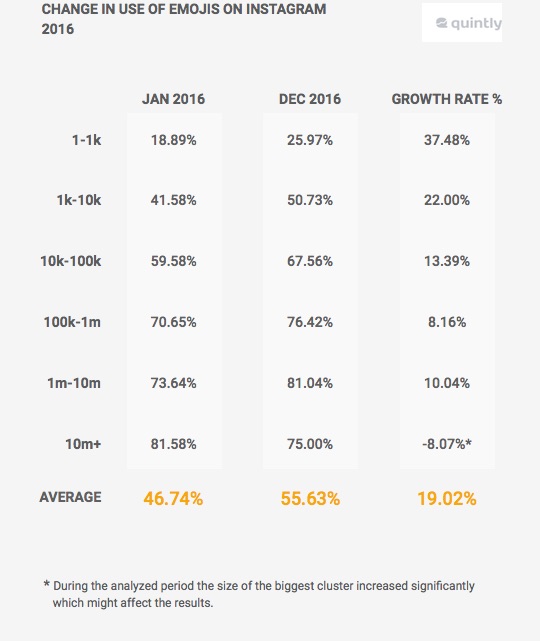 The flash camera is the most used emoji in Instagram posts; the OK hand sign is the next most popular emoji. 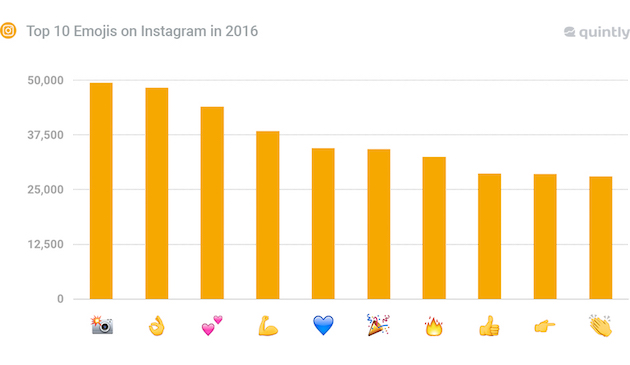 About the research: The report was based on data from 6.2 million Instagram posts made by 20,000 profiles (both brands and individuals) in 2016.