The report was based on 1Q17 paid search data from 1,300 Google AdWords accounts and more than 176,000 active campaigns. 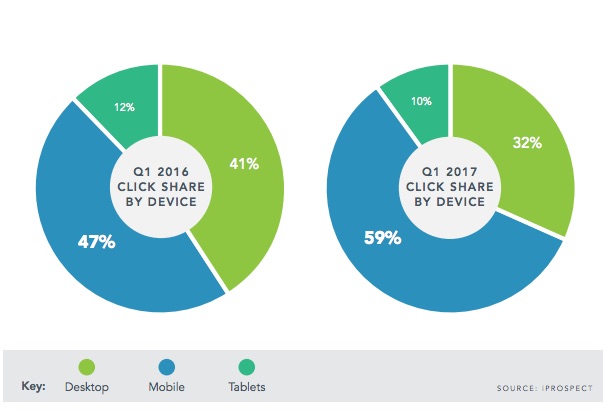 Although smartphones accounted for a larger share of paid search clicks in 1Q17, the average clickthrough rate (CTR) for mobile units decreased 27% from 1Q16 levels.

That decrease in CTR was likely because of Google's introduction in mid-2016 of additional paid search units on mobile SERPs as well as increased competition for mobile inventory. 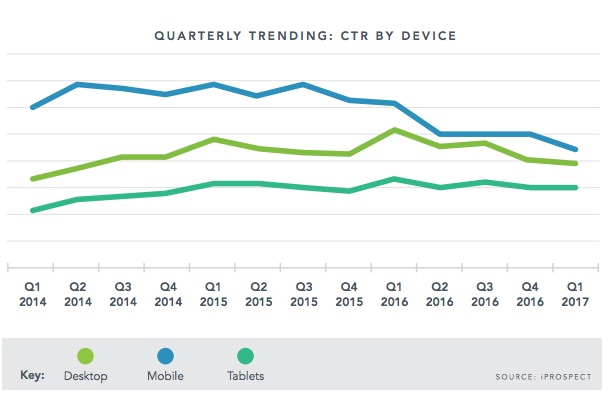 Cost per click (CPC) increased for paid search units across all devices from 1Q16 to 1Q17, with the largest increase coming from mobile (up 42%); desktop and tablet CPCs increased 26% and 18%, respectively. 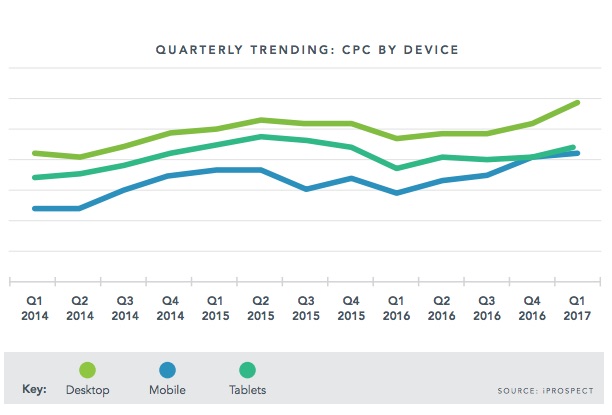 About the research: The report was based on 1Q17 paid search data from 1,300 Google AdWords accounts and more than 176,000 active campaigns.