The 10 Most Liked Enterprise CEOs and Marketing Agency CEOs

The report was based on data from Owler's database of feedback given by employees, followers, competitors, and other company stakeholders on 167,000 executives. Only companies based in large cities and with recent input from the Owler community were included in the data set.

The researchers assigned each CEO a likeability score (with 100 equaling perfect likeability) based on a model that weighted inputs differently depending on who gave the feedback.

Jalinek topped the list of CEOs of large US public companies with a likeability score of 94.9.

Arne Sorenson of Marriott ranked second, followed by Richard Fairbank of Capital One. 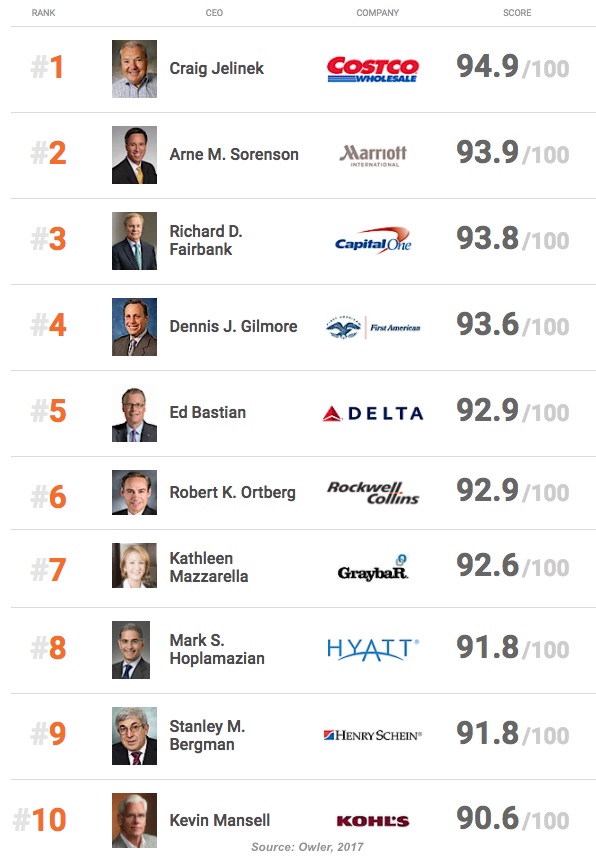 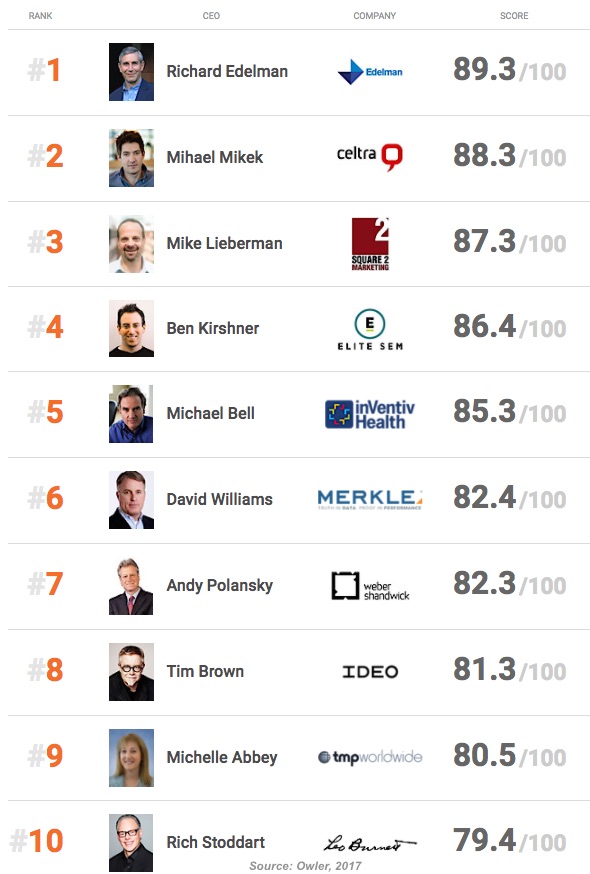 About the research: The report was based on data from Owler's database of feedback given by employees, followers, competitors, and other company stakeholders on 167,000 executives.