The 10 Most Talked About Television Shows on Social Media

The Walking Dead was the most talked about television show on social media during the 2016-2017 season, according to recent research from Nielsen.

The report was based on Facebook and Twitter data collected by Nielsen between September 18, 2016 and May 24, 2017 (the traditional television season).

Empire ranked second, with 860,000 interactions generated per episode, on average.

The Bachelor ranked third, followed by This Is Us and Love & Hip Hop: Atlanta. 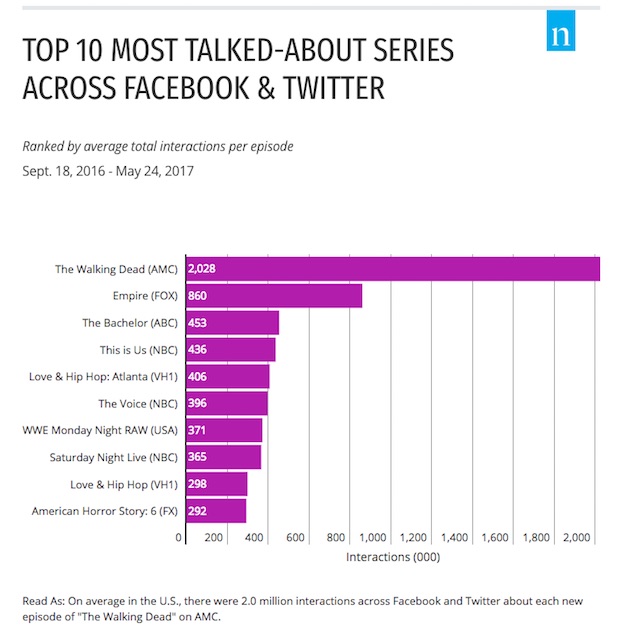 The Grammys had the most interactions (27.6 million) on Facebook and Twitter of any television special last season.

Although the Oscars ranked second, the special generated 836,000 interactions within five minutes after the wrong film was announced as Best Picture. 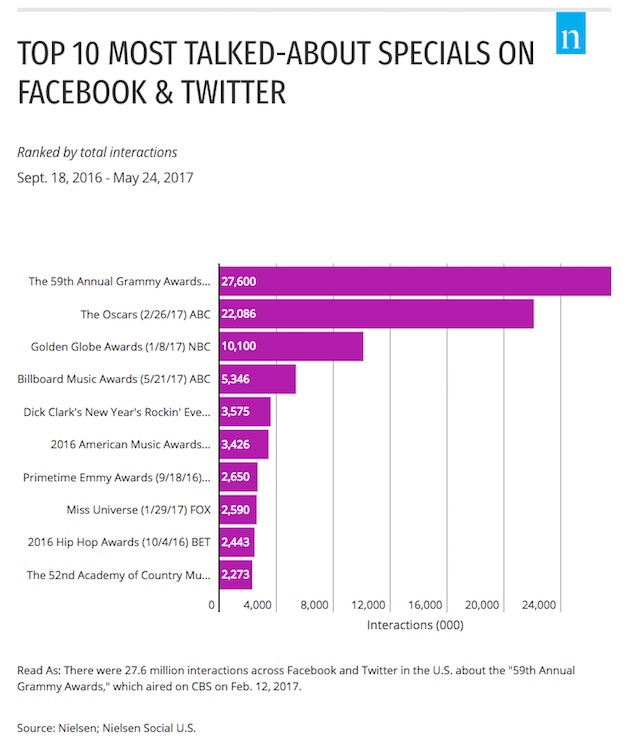 Super Bowl LI had the most interactions (190.7 million) on Facebook and Twitter of any sports event last season. Some 7.5 million interactions occurred as the game went into overtime. 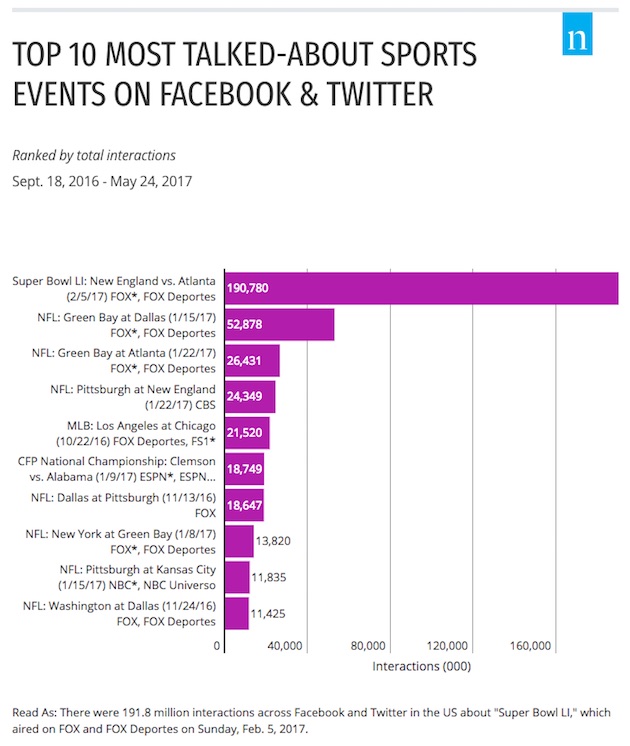 About the research: The report was based on Facebook and Twitter data collected by Nielsen between September 18, 2016 and May 24, 2017.