Americans rank Facebook as the most important app on their smartphones, according to recent research from comScore.

The report was based on data from a survey of 1,033 smartphone users in the United States.

Some 37% of respondents select Facebook as one of the three mobile apps they cannot go without.

Not surprisingly, there is a strong correlation between the apps that rank as the most essential and the apps that are most often positioned on smartphone users' home screens. 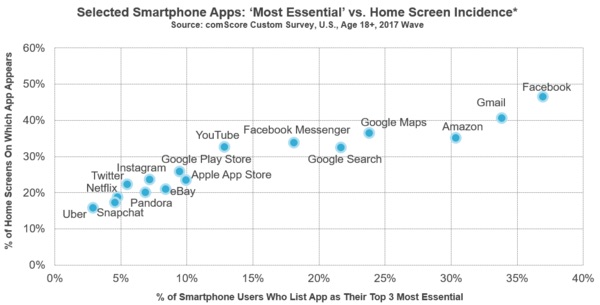 About the research: The report was based on data from a survey of 1,033 smartphone users in the United States.