The Advertising Media That Consumers Trust Most

Consumers in the United States say television and print are the advertising mediums that they trust most, according to recent research from Clutch. 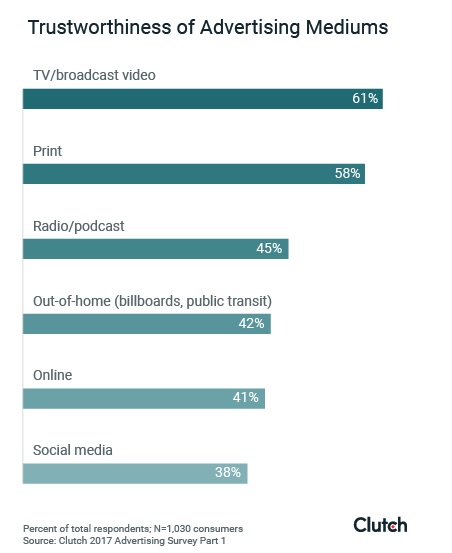