The report was based on data from a survey of 3,000 consumers age 18 and older who live in the United States.

Just over half (55%) of respondents say they are interested in giving or receiving digital gift cards that can be added to a mobile app or online wallet. 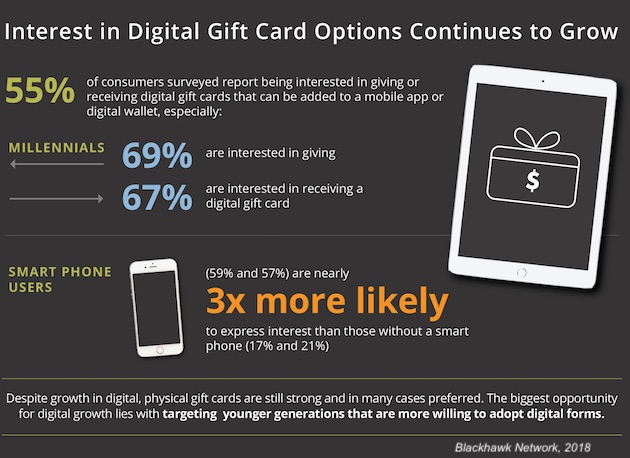 Gift cards are most popular with married/common-law consumers, Millennials, loyalty program members, consumers who earn more than $40,000 per year, and households with children under the age of 18, the researchers found. 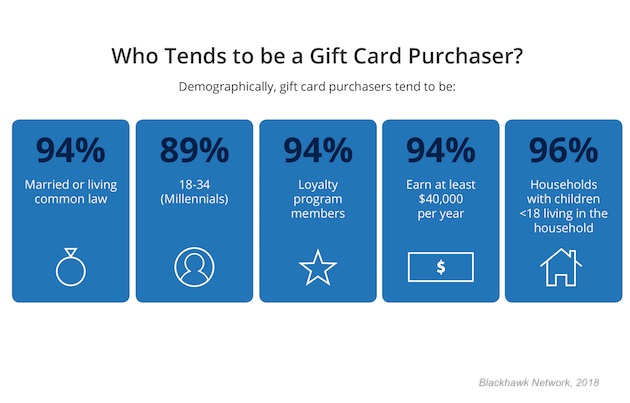 Only 42% of consumers surveyed say they immediately use the gift cards they receive.

Some 59% of consumers surveyed say they usually spend more than a gift card's value. 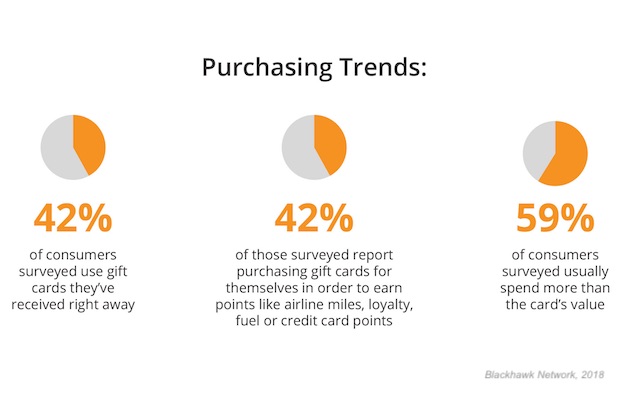 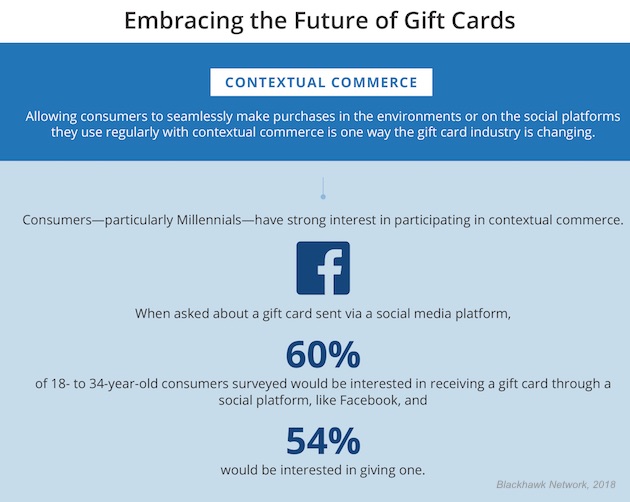 About the research: The report was based on data from a survey of 3,000 consumers age 18 and older who live in the United States.