How Productive Are Remote Workers?

Most remote workers say they feel they're part of their teams just as much as in-office workers and also that they believe not being in an office makes them more productive, according to recent research from Wundamail.

The report was based on data from a survey conducted in August 2019 among 2,500 remote workers in the United Kingdom who are part of teams of three or more.

Some 61% of respondents say they feel "part of the team" to the same extent as in-office workers: 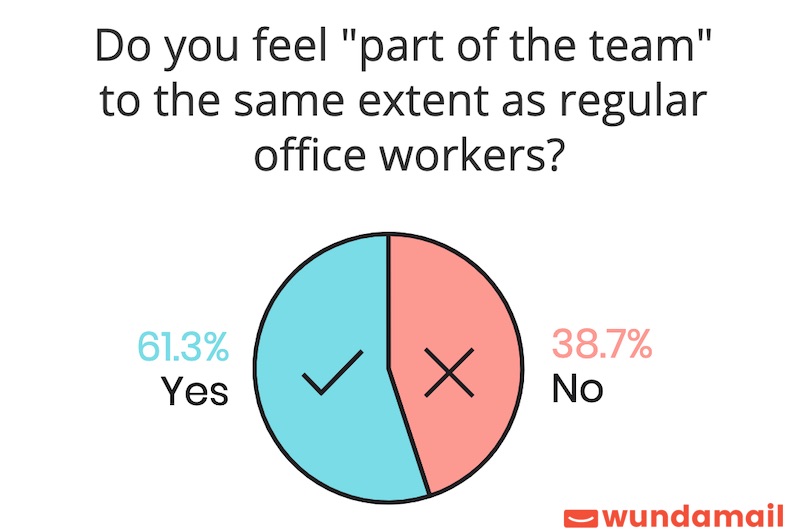 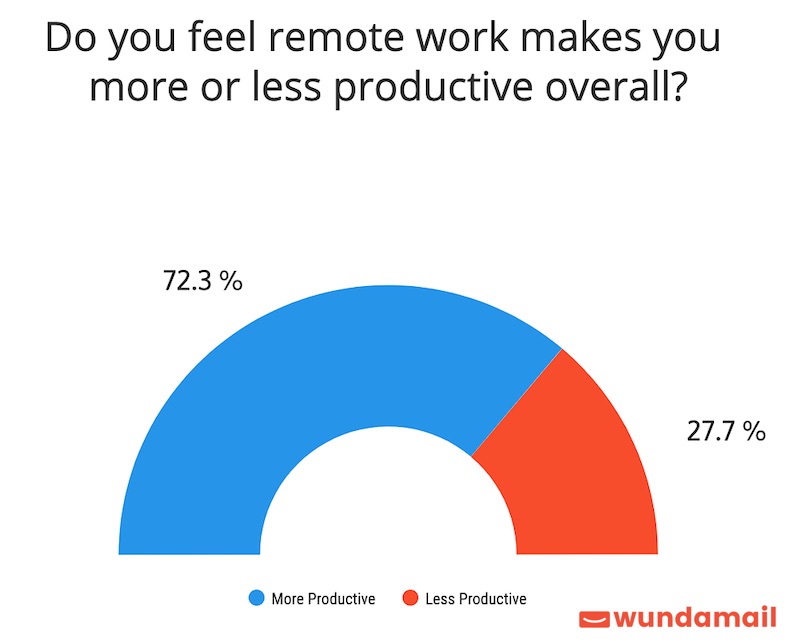 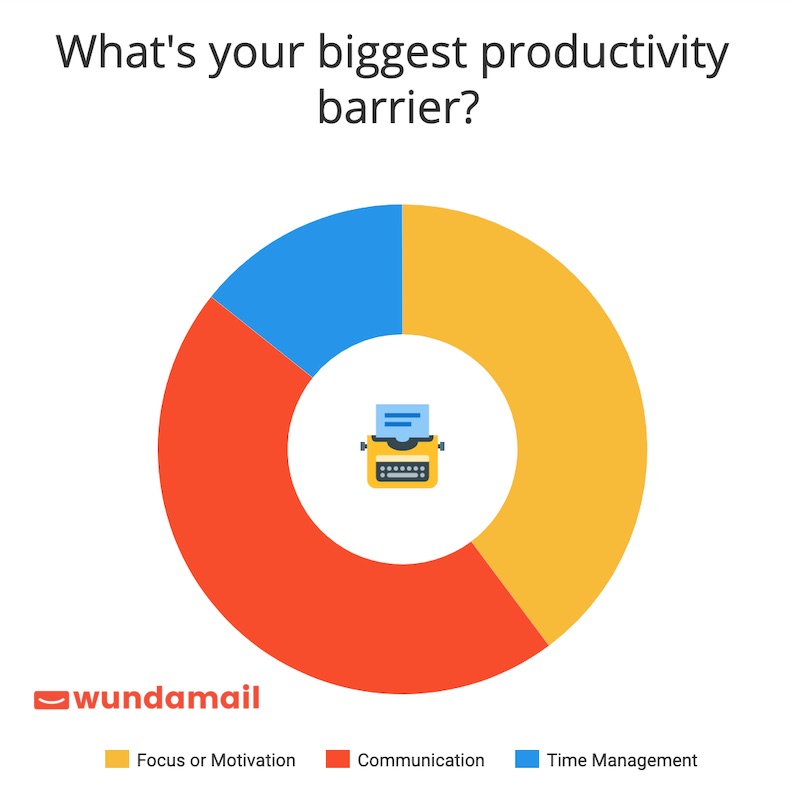 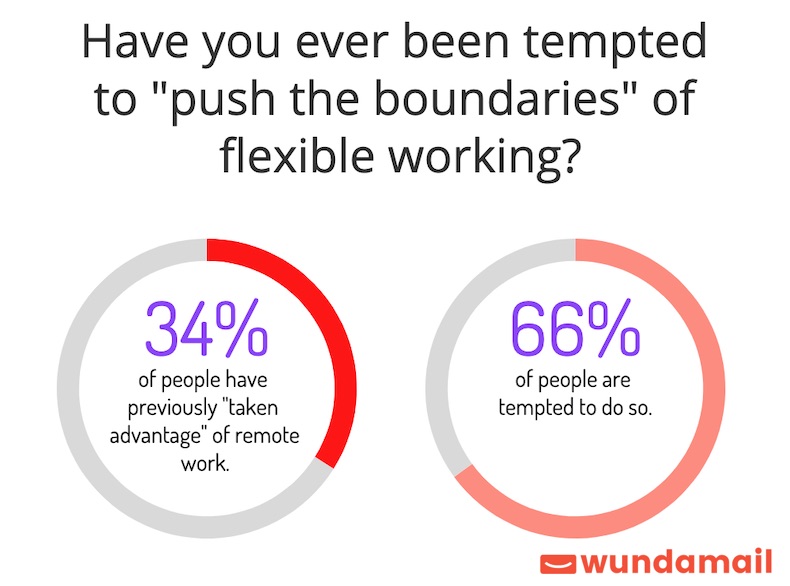 About the research: The report was based on data from a survey conducted in August 2019 among 2,500 remote workers who are part of teams of three or more.