Younger and Wordier: How Gen Z's Search Behavior Is Different

Gen Zers tend to have longer queries and are more likely to use certain words when searching online, according to recent research from Fractl.

The report was based on a study of 956 consumers in the United States conducted via Amazon's Mechanical Turk survey platform. Participants were shown five search prompts and asked what they would type into a search engine.

The average length of searches conducted by Gen Z participants in the study was five words, compared with around four words for Millennial, Gen X, and Baby Boomer participants: 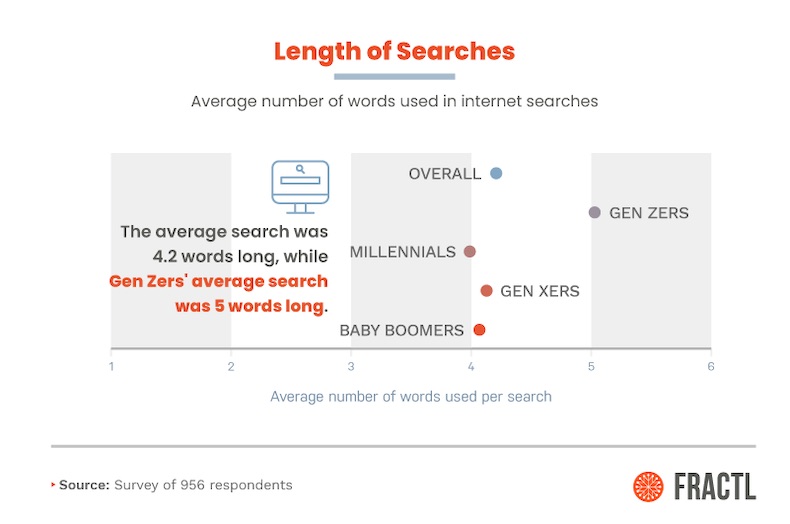 Gen Z is also significantly more likely to use the terms "best" and "how to" when conducting searches, compared with consumers of other generations: 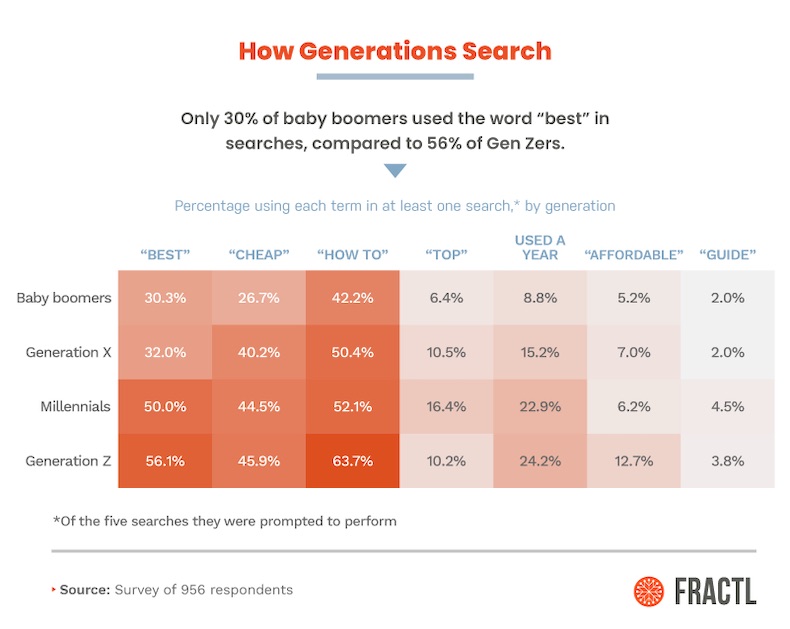 About the research: The report was based on a study of 956 consumers in the United States conducted via Amazon's Mechanical Turk survey platform.