Most members of creative teams that develop content say they're struggling to keep up with the speed they are expected to work at and with the volume of work they're expected to tackle, according to recent research from inMotionNow.

The report was based on data from a survey of more than 600 people who work in content-focused marketing and creative roles, such as graphic designers and creative directors. 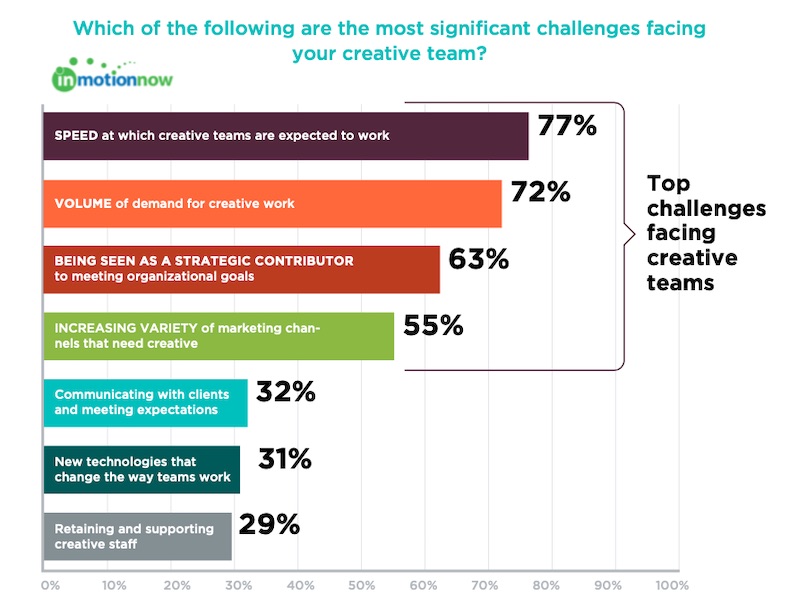 Respondents say 83% of creative projects are approved within five rounds of review, up from 77% in the 2019 edition of the survey.

Proof approval time has also improved, with respondents saying 78% are approved within a week (up from 65% in 2019).

However, the burden of noncreative work has not been lessened: Some 47% respondents say they spend at least a full day a week on administrative tasks, compared with 48% in 2019. 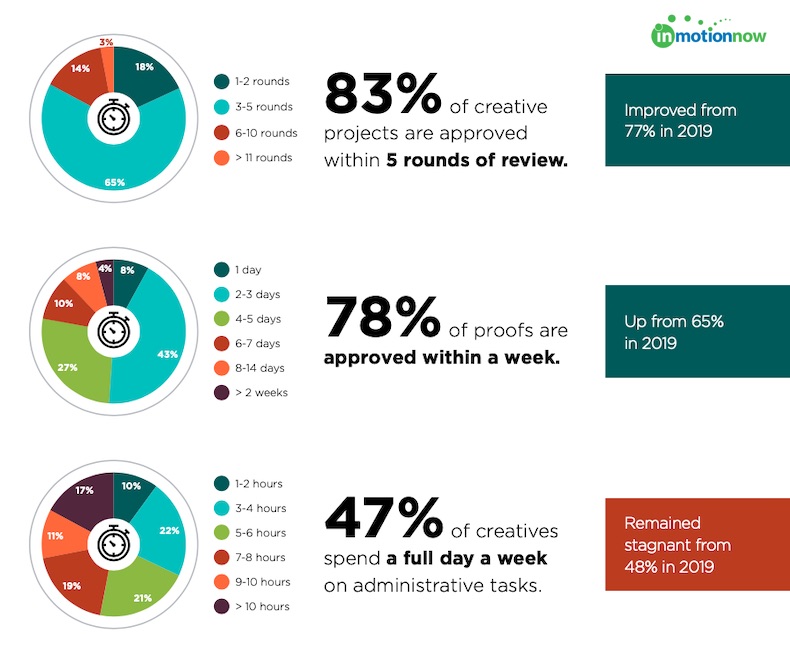 Some 55% of respondents say they rarely or never get quantitative feedback on creative content performance, and 44% say their team does not have robust reporting on its creative production (e.g., the number of projects completed per quarter). 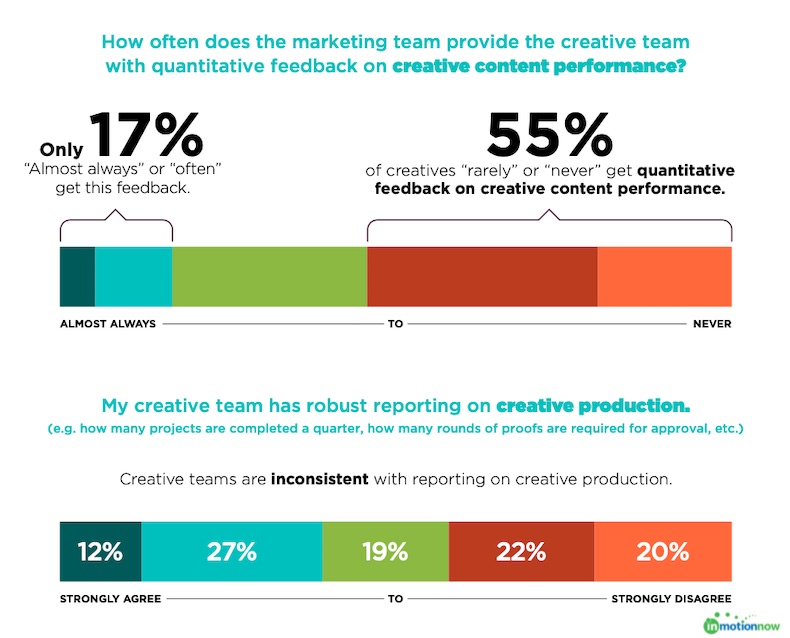 About the research: The report was based on data from a survey of more than 600 individuals who work in content-focused marketing and creative roles, such as graphic designers and creative directors.