Would People Rather Watch an Ad or Share Their Email Address?

Most Americans say they would rather watch a 30-second advertisement in exchange for free content than share their email address with a company, according to recent research from BuzzStream and Fractl.

The report was based on data from a survey conducted in 2020 among 1,001 people in the United States. 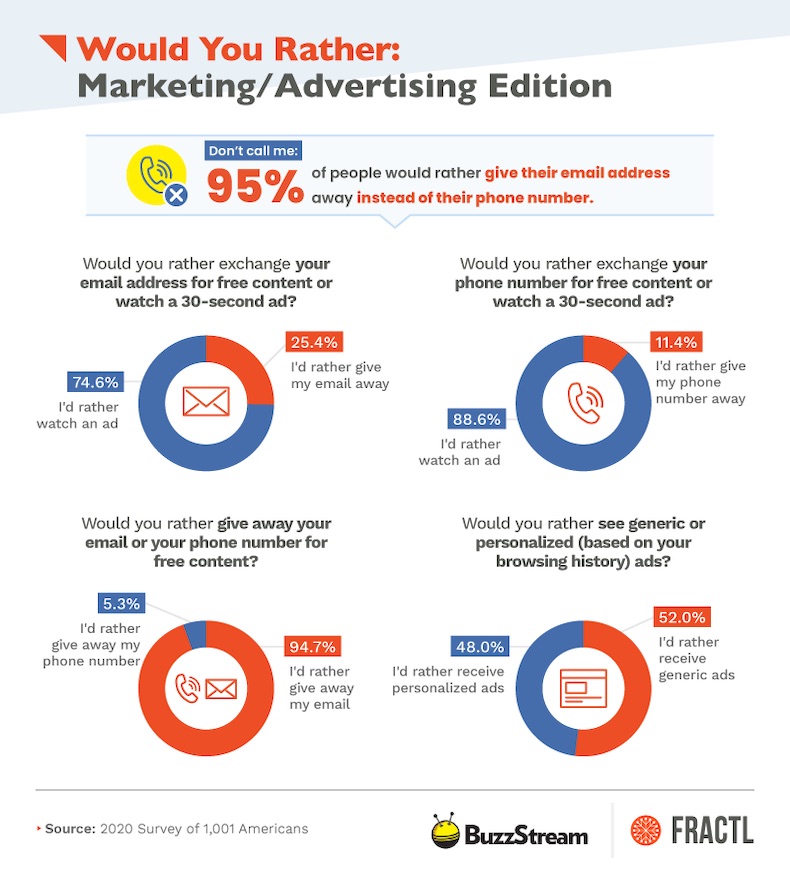 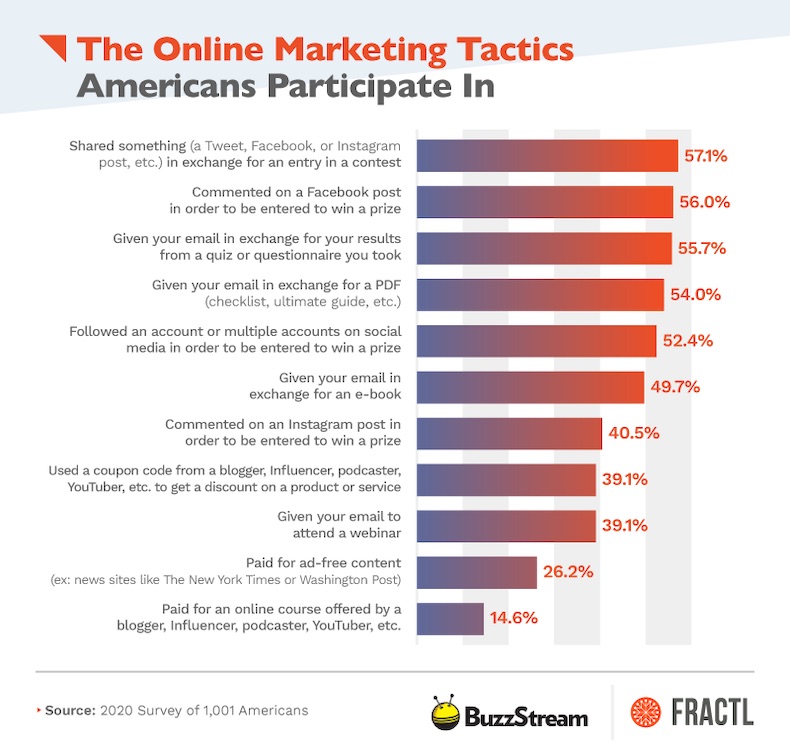 About the research: The report was based on data from a survey conducted in 2020 among 1,001 people in the United States.