The average word count of blog posts has been steadily increasing over the past eight years and is now longer than ever, according to recent research from Orbit Media Studios.

The blogging report, which has been published annually since 2014, was based on data from a survey conducted in September 2021 among 1,067 bloggers. 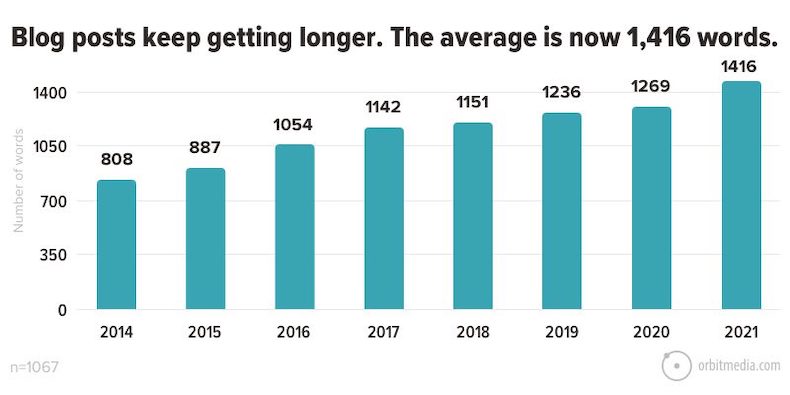 Some 45% of bloggers say they publish posts weekly or several times a month. 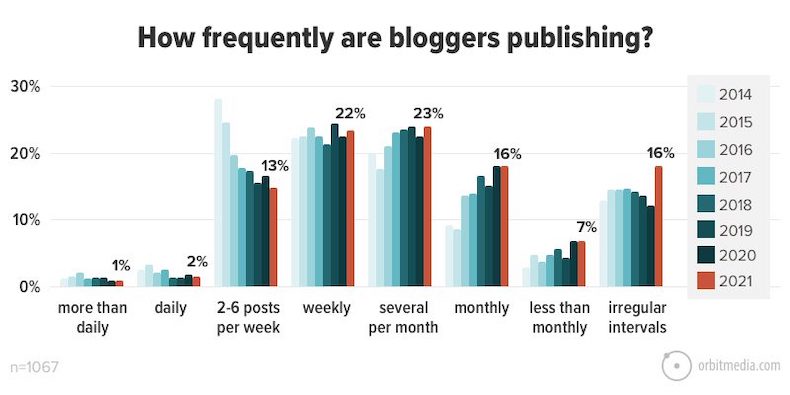 It now takes just over four hours, on average, to write a blog post. 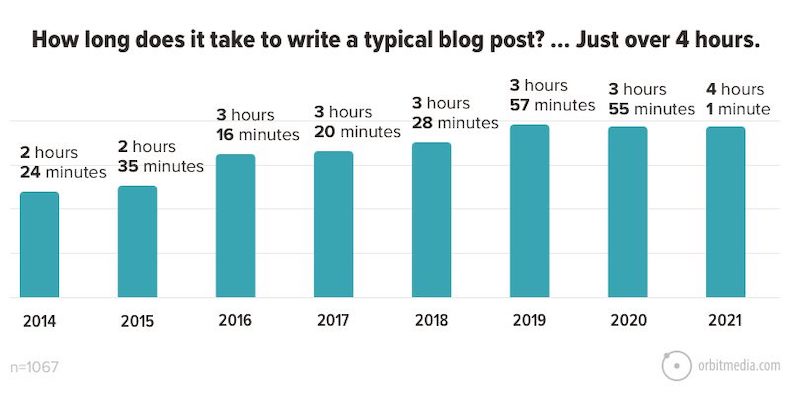 Bloggers say the most important traffic sources to their blog are search engines, social media, and email. 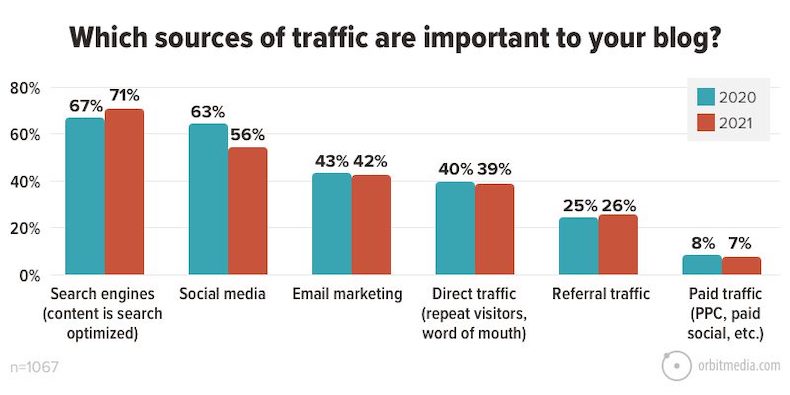 About the research: The report was based on data from a survey conducted in September 2021 among 1,067 bloggers.