The report was based on advertising spend forecasts for 100 markets worldwide for eight media channels: linear TV, online video, social media, print press, online press, podcasts, broadcast radio, and online audio. It was also based on the results of a survey conducted by GWI among more than 715,000 consumers worldwide. 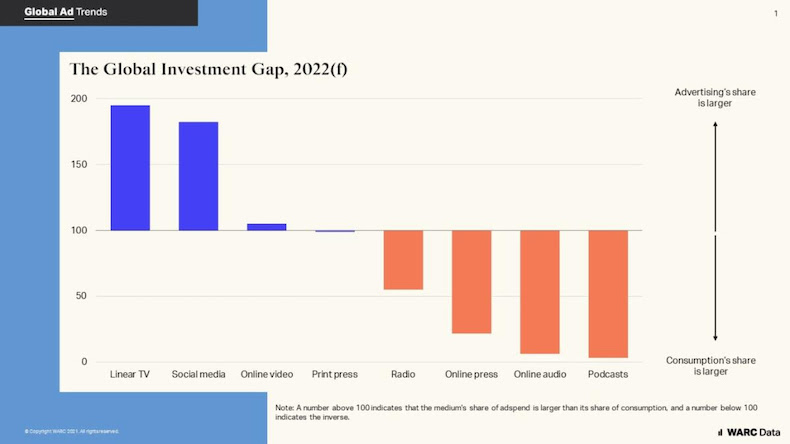 About the research: The report was based on advertising spend forecasts for 100 markets worldwide as well as the results of a survey conducted by GWI among more than 715,000 consumers worldwide.