Americans view Seventh Generation, TOMS, Zoom, Allbirds, and AbbVie as the most purpose-driven brands, according to recent research from StrawberryFrog and Dynata.

The report was based on data from a survey conducted in April 2022 among more than 5,500 people in the United States. Respondents were asked to rank 200 brands in four areas: If the brand has a higher purpose beyond profits; if it is improving people's lives; if it is bettering society; and if it is committed to changing the world.

Ten of the top 20 brands on the list did not make the 2021 rankings. The newcomers include Burt's Bees, Wegmans, and Google. 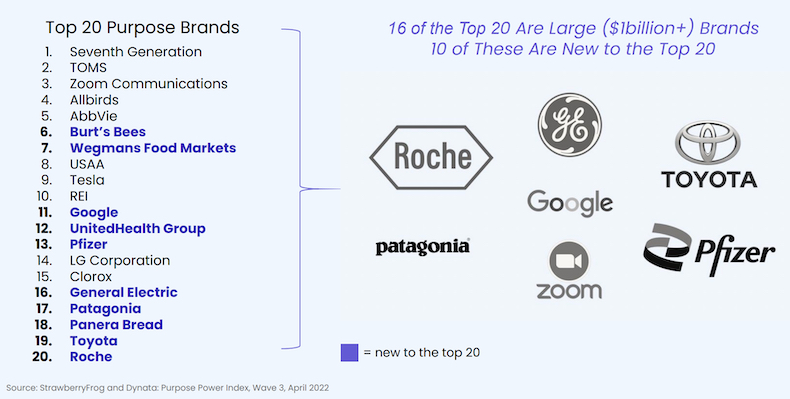 The researchers found that senior managers are much more likely than other employees to say their firm has a higher purpose that motivates them to come to work. 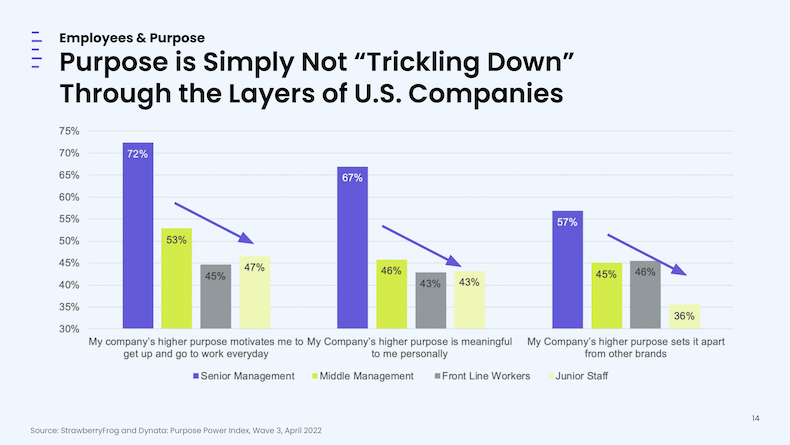 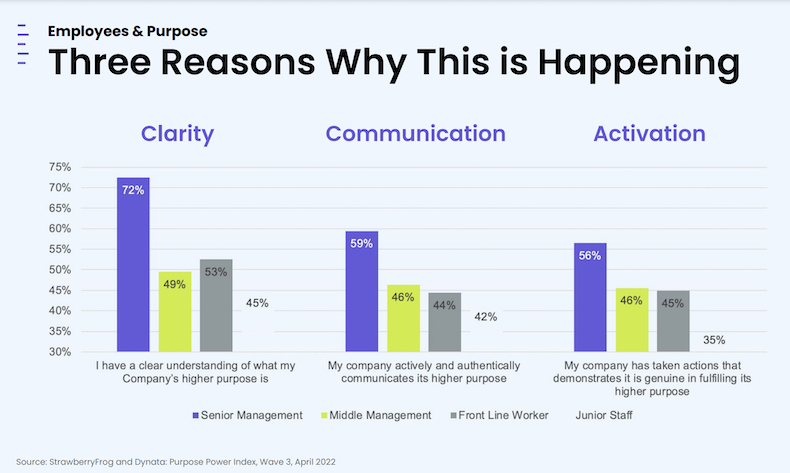 About the research: The report was based on data from a survey conducted in April 2022 among more than 5,500 people in the United States.