To find out, Extreme Reach analyzed more than 1 million video ads deployed to linear and digital platforms in North America in 2022 (see the full report for an in-depth look at the methodology).

The researchers found women are highly underrepresented in ad creative: Despite making up 50.5% of the US population, they comprise only 34.8% of people shown on screen in ads and 26.6% of people heard in ads. 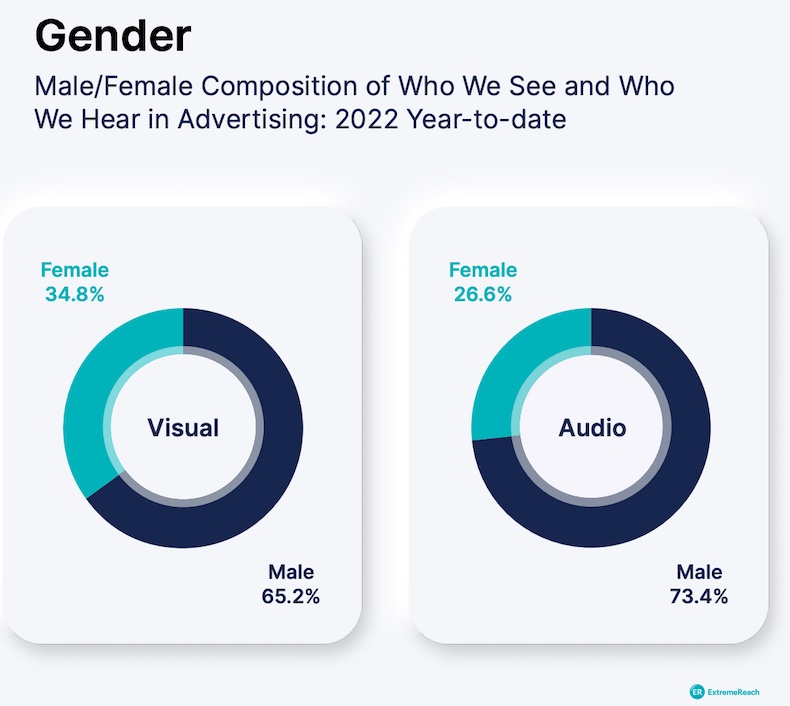 People ages 20-39 are highly overrepresented in ad creative: They comprise 77.7% of the cast members shown on screen in ads despite making up only 26.7% of the US population. 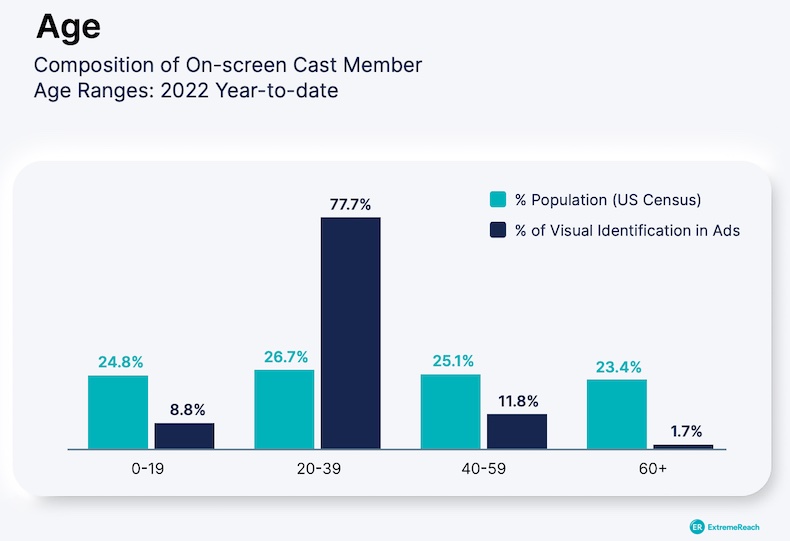 The researchers found Whites, Blacks, and Asians are overrepresented in video ads relative to their shares of the US population, whereas Hispanics and Latinos are underrepresented. 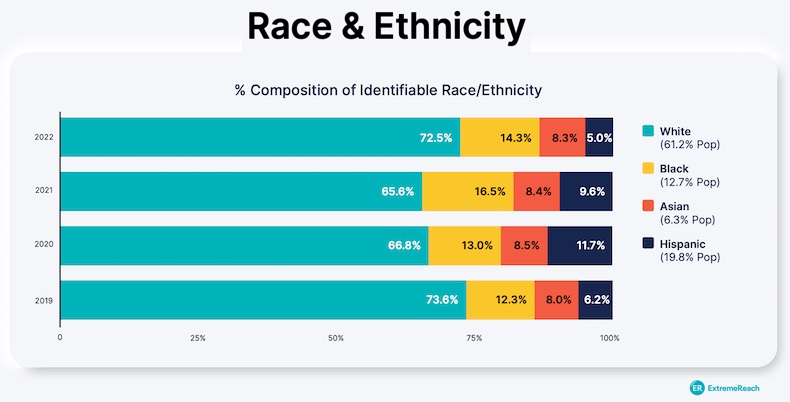 About the research: The report was based on data from an analysis of more than 1 million video ads deployed to linear and digital platforms in North America in 2022.