Deck the halls. This week's #SocialSkim's got viral greats and go-homes, Instagram and Twitter updates, and one (just one!) #adventcalendar. It's also data-rich for your digestive pleasure. Skim for savvy, click to learn.

Good-bye to the free inbox. Since its launch in '05, Google Apps has been available at no cost to small business owners. Baby, those days are over: if you're using Google Apps for Business today, expect to start paying $50 per user... regardless of company size.

Viral ups, viral downs. Subway's organized a video campaign that mimics Old Spice's social QA execution from yesteryear... except instead of Isaiah Mustafa, you get Todd, a middle-aged office cog with a weird prepubescent voice. Oh, and also, users can't actually ask questions. Oops. Here's the skinny on all the notes Subway failed to hit.

Digiday's issued its best consumer video award to Dollar Shave Club for this 1:30-long wonder, although, on the brink of 2013, we'll readily say we're a little over the wink-wink, nudge-nudge:

Speaking of memes, here are tips on how to "Gangnam Style" your next Web video. No, you don't have to dance, but you will need a sense of humor and some ironic luxury sensibilities. On the cheery up, now you'll have somewhere to put all those CTAs you've stashed away!

When indie goes pro. Those who wondered what would become of Instagram since Twitter flipped 'em the bird didn't have to wait long. Facebook's confirmed plans to monetize the site with ads. And if you're wondering what those will look like, look no further than its new Terms of Service—which, like Papa Facebook, includes a clause saying your images can be used in advertising. Incensed users are heading en masse to Instaport, where they can download all their photos from Instagram... before shuttering their accounts. Instagram responded to the freakout with "Thank you, and we're listening," a detailed blog post on advertising, ownership, and privacy. The masses remain nonplussed, with the possible exception of these two guys, who think everyone's freaked out for nothing.

Trainspotting a Red Carpet gown. Donna Karan's launched a Facebook app called Celebrity Dressing 2.0. Just in time for the Golden Globes, it lets you follow a red carpet dress from conception to Big Reveal on the waifish shoulders of a star. Just one more way Karan's busting the swathed-in-secrets world of fashion wide open.

Tweets on a hard drive. Ever wish you could write a book? Maybe you already have... 140 characters at a time. Twitter's now enabling select users to download all the tweets they've ever written, in a complete archive that resembles a calendar. So go ahead, relive an abridged version of your social life all the way back to the beginning. The service will roll out to others bit by bit.

Business Insider 2.0. Business Insider, a must for people following technology beats, has launched a 2.0 version of its iPad app. It's been completely redesigned and incorporates its latest learnings about how people read and interact on touch devices.

Crowdfund the Scobleizer. It's not often the fabled Robert Scoble needs our help, but he's working on a new book and could use some sponsorship. Why lend a hand? Because you'll wanna be the first to read what's published: The Age of Context is a behind-the-scenes glance at the contextual marketing experiences being developed by brands like Oakley, Nike, and Qualcomm. That's just the icing!

Your year, socially slice-and-diced. We know you're sick of Years in Review but these are fun (and handy!) to sift through. Facebook Stories dishes 2012's hottest events, movies, check-ins, books, songs, tech and more, broken down by country. For the memes: it's to our collective relief that YOLO did not come in first place. 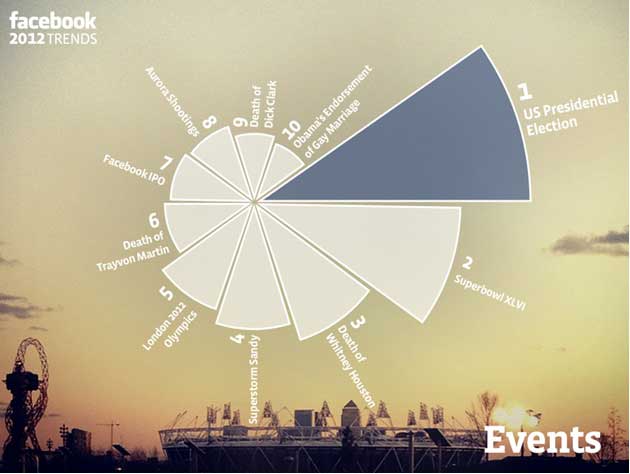 Twitter's also parsed out the year. Its Trends section is hashtag gold. Glean the "Conversation Starters" category for some #inspiration in 2013.

Pinterest Pinspires the advent calendar. 30 Days of Pinspiration is where users, brands, and nonprofits share what inspiration means to them throughout the month on Pinterest. Starbucks, Southwest Air, and TOMS, are all in the game.

SlideSharing it up. What's a social strategist? The Community Roundtable teaches you what this is, and how best to leverage one, in a super-detailed presentation, action-packed with handy charts (for if you, or your boss, need extra persuasion).

Volume 2 of the SoDA Report is a digital black-book that includes articles on connecting users to product stories, best-practices for mobile measurement, what engagement really means, and social media analytics, among other things. Extra cool points if you download it from the iPad app store.

The SoDA Report, Vol 2, 2012, from the Society of Digital Agencies

Contagious's Most Contagious 2012 highlights trends that made the biggest impact on users this year. Empowerment was big, as was utility-based marketing. Take notes for next year... and let's all leave 50 Shades of Gray behind us.

Don't miss David Armano's 6 Social/Digital Trends of 2013. You've heard this refrain before, but we love how he puts it: "In 2013, content will not only be king—it will be the queen, prince and jester."

'Tis the season for GIF-giving. Riding a rabid internet love of GIFs, the Attention Agency's prepared a Holiday .gif Guide for every situation you may encounter this season. GIF accordingly. This baby is called "When kids find out Santa's not real":