Death was a big social theme this week with the passing of two cultural icons; learn how their departures played out across the social Web. See how government bodies use Vine, Nordstrom's Web video effort targets youth, and MTV's voting via Instagram and Twitter works. As always, also find stats: on Tumblr, on youth, and on socnets that still command the most attention. And, of course, no issue would be complete without how-to advice—which we have aplenty. Skim to soak it all up.

When the Iron Lady passes. The death of Margaret Thatcher sparked a fury of activity and commentary, much of which was critical of her record. The Editors Weblog examines how publications, celebrities, and ordinary people struggled to manage "death etiquette" online: Is criticizing a just-deceased public figure freedom of speech, or abuse? While pondering, watch the New York Times mashup of Thatcher's most memorable remarks:

Ebert to wife: Tweet for me. Another major passing was of beloved film critic Roger Ebert, who shortly before dying instructed his wife Chaz and friend Jim Emerson to tweet for him. They've updated his stream with thanks, recent reviews, and details on Ebert's Memorial Tribute stream. One notable tweet includes his last "Journal" entry, titled "My Leave of Presence"—a heartfelt and timely piece about his departure from full-time reviewing, a task he planned to hand over to other writers, to focus on different projects.

CHAZ HERE: Roger gave me instructions to tweet for him. I wonder if he knew something we didn't know. (Tears)

Vine: now government-friendly. With help from the General Services Administration, Vine now has a gov-friendly TOS that lets official US government entities produce looping videos to their hearts' content. A few were already Vining before the TOS was ready, including NASA Goddard, which, a month ago, Vined this video of employees who were tracking Hurricane Sandy across the East Coast:

See what other Vines government entities are sprouting.

15 stats about Tumblr for brands. Considering Tumblr? Quickly skim these stats, which include the following: 35.2% of Tumblr visitors have a household income greater than $100,000, 46.5% are 18-34 years old, and 17% of US-based visitors connect via mobile. As a useful example, check out how Heineken documented its Ignite project on the microblogging platform.

Currently watching: Facebook. Facebook's unrolling an "emoticon" feature that lets you update your status with a feeling (happy, sad, sleepy), as well as "what you're doing," which is of greater interest to brands: "Currently watching" will bring up TV shows or films, which, when published, include a vignette of what you've chosen. TechCrunch speculates that these features could eventually drive people to Open Graph pages or Facebook Brand Pages. Screengrab (courtesy of TechCrunch):

What do Millennials like on Facebook? Preferred Facebook Marketing Developer Compass Labs released data on what Facebook users in the 18-34 bracket like most, including favorite activities (camping and sleeping rank high), brands (Taco Bell and Wal-Mart) and movies (The Hangover and Step Brothers).

A Piper Jaffray study also shows that teens still love to Facebook and Tweet, but their social media interest is dwindling—making the launch of Facebook Home timely. (Facebook Home connects with Android phones to make social activity more integrated with the OS environment and less focused on a single app). 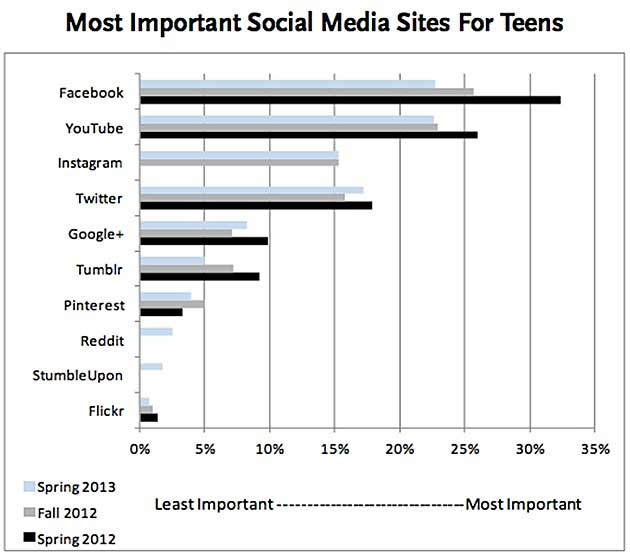 Poke to buy. Pokeware lets you add fun little dots to videos or images, enabling people to click for more information or go straight to a purchasing page. Below, an example of what Pokeware's non-intrusive dots look like; click here to play with them. (Here's another example, featuring James Bond.) 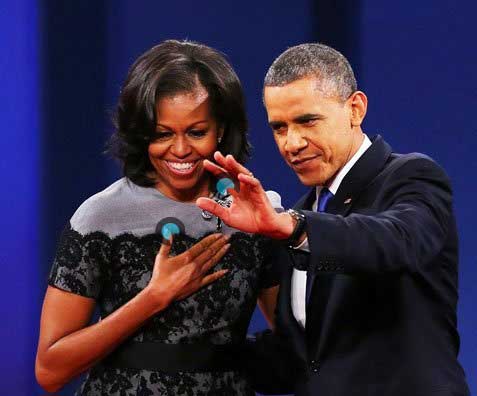 Tap into YOUphoria. Hoping to draw social interest among the young (or young at heart), Nordstrom's producing videos under the banner YOUphoria. The narration is deadpan, and the humor is tongue-in-cheek; if only the path to accessing the clothes were just as straightforward.

Branded content goes blockbuster. At MIPTV, Ogilvy execs discussed the four types of branded entertainment that they believe exist: digital-led, event-led, property-led, and broadcast-led. One example of the latter is "Love in the End," a full-length film for Greek chocolate brand Lacta. Based on the insight that lovesick young people self-medicate with chocolate, Lacta invited social media users to share stories of unrequited love, promising that on Valentine's Day three users would get a happy ending.

On V-day, it released "Love in the End." Billings on opening night were the highest in recent Greek movie history, with the branded film accounting for 75% of all movie tickets sold.

When ads become content. Gisele Abramovich examines brands that have produced strong branded entertainment on YouTube... to learn what their secrets are. Don't try too hard to be "clever, cute or thrilling." YouTube users don't want to be bored, but they also don't want to be pandered to.

Voting with your flashbulb. MTV has announced plans to let people vote in its Best Hero Category for the MTV Movie Awards... via Instagram and Twitter. Your vote is counted when you Instagram or Tweet something that includes the appropriate nominee hashtag. All "votes" will be aggregated on a dedicated landing page for each "hero." Parts of the event will also be documented on Facebook, which owns Instagram and with which MTV worked closely to get the campaign off the ground. 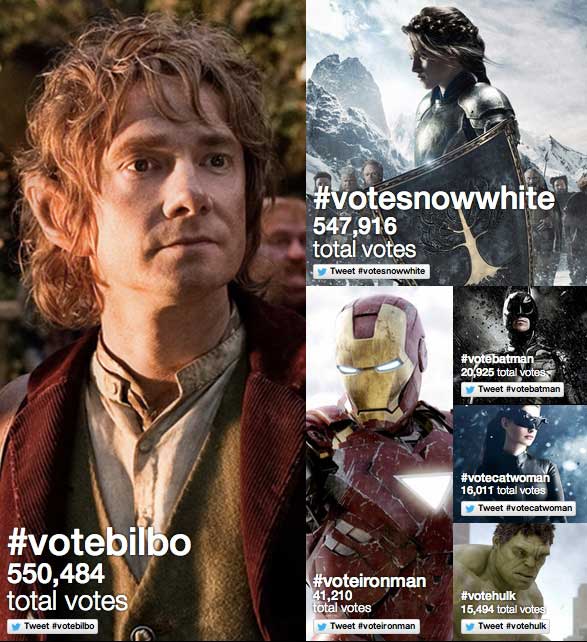 Twitter: the tighter CV. The Wall Street Journal examines the trend of producing a 140-character résumé that can easily be tweeted. "Companies see its potential and they know that over time it'll get more sophisticated," allowing recruiters to target people using sponsored tweets, Josh Bersin of Bersin by Deloitte is quoted as saying. If that means we don't have to skim another two-pager, that's fine by us. 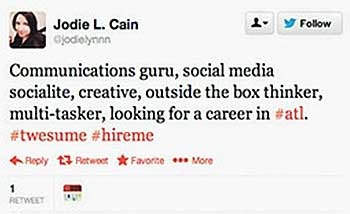 7 musts for applying social proof in marketing. Social proof, a way of showing people they're not alone in trusting you, is an old and trusted marketing tactic. KISSmetrics provides tips for using it to benefit, not harm, your brand—including why you should use positive (not negative) social proof, the importance of pictures, and using similarities between users.

14 content strategy visuals that changed the world. Let's wrap up with eye candy. The sweet spot of content marketing is when you're providing something that entertains or informs users without seeming salesy... while still reinforcing your brand's values or message. Below, find 14 super-useful images from the London Content Strategy Meetup that will help you get there.

10 Content strategy visuals that changed the world from Sue Davis