#SocialSkim: Social Media This Week, Including What Gets Likes and LinkedIn's Contacts App

Learn what ad images get Liked (hint: not logos), how Facebook plans to Trojan-horse mobile, and why you should Pin. Tumblr and Twitter have sweetened deals for advertisers, Water for Life tries to kill a hashtag, and LinkedIn tries replacing—yes, replacing!—your personal assistant (or your dependence on Siri). Skim to end your #firstworldproblems.

Death takes the Webbys. McCann Melbourne scored big at the Webby Awards with one of our favorite social ads from last year, "Dumb Ways to Die." Produced for the Melbourne Metro with transport safety in mind, the folksy tune scooped up three Webbys for Animation, Viral Video, and Viral Marketing. As of this writing, it's clocked over 45 million views. And if you can't get the song out of your head, there's a cure for that: the karaoke version. Inventive work for what could otherwise have been an everyday PSA.

Bowing to the crowd. JCPenney's released an online ad called "It's No Secret," telling users it's learned from its mistakes and is taking feedback to effect change throughout the store. The ad appeared across its social media properties, including Facebook and Twitter, where you can follow its progress on #JCPListens. Some people love it, others less so, and others are getting... $50 gift cards?! Way to put your money where your Tweet is.

Talk about a Trojan horse. Facebook's purchased Parse for $85M, marking its foray into paid B2B tools for developing mobile apps. The purchase reinforces its planned mobile dominance without its having to make hardware or OS software: Parse's robust backend for apps will make it top-of-mind for mobile developers who need an identity layer, sharing features, and the option to buy ads. Parse currently runs on over 60,000 apps on both iOS and Android. For more perspective on what Facebook's focusing on this year, read this handy breakdown of its earnings report. 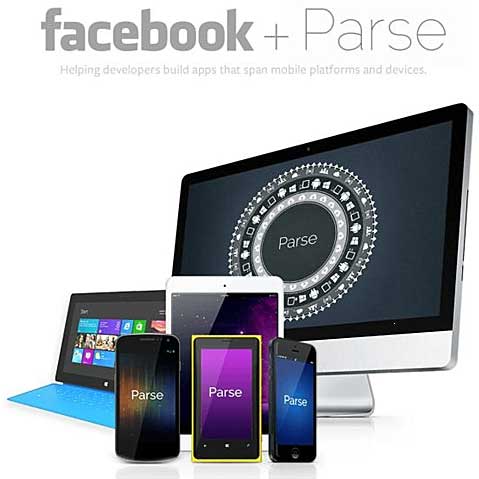 What gets Likes? Kittens. A SocialCode study of 125 brands and 3000 images from Facebook "Like Ads" finds that animal photos get the highest response rate. Ads with logos had the lowest post-Like response rate of all image-based ads—but they were also the most common. Text-only ads get the lowest response rate of all. Women most often Like ads with landscapes or people, while men go for product images. Verticals also matter: Ads with animals perform best for CPG marketers, whereas automobiles and retail advertisers generate way more Likes with product shots.

Twitter ads: get 'em while they're cheap! Twitter's finally announced the availability of ad options for all US businesses. (Previously, you had to be invited.) Access the self-service ad interface to get started, and hurry! Prices will likely rise as the company nears its anticipated IPO (how convenient). 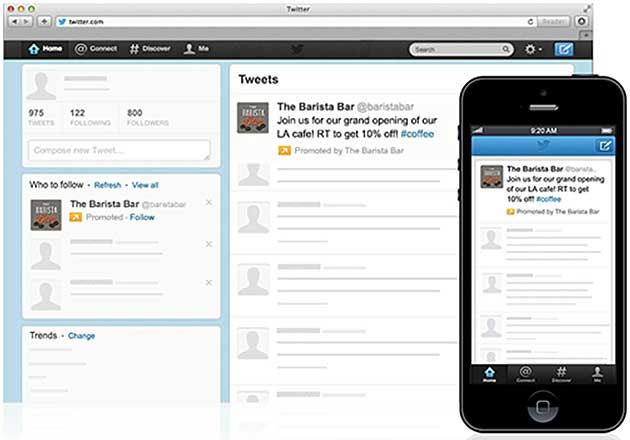 This GIF sponsored by... Tumblr's launched "native ads" for its mobile app. They'll appear in users' dashboards like normal posts, outfitted with a special symbol: a dollar sign with beams shooting out of it. The ads will eventually appear for desktop users. As with any posts, they include an option to "Like" or "Reblog"—the latter being what makes Tumblr so viral-friendly. Initial advertisers include ABC Entertainment, General Electric, PepsiCo, and Warner Bros. Entertainment.

With LinkedIn, why hire a personal assistant? LinkedIn's released Contacts, an automated contact management service for desktop and iPhone users. The tool lets you curate contacts from address books, email accounts, and calendar apps. A relationship feature weds profiles to recent conversations, meetings, and personal notes related to that person. 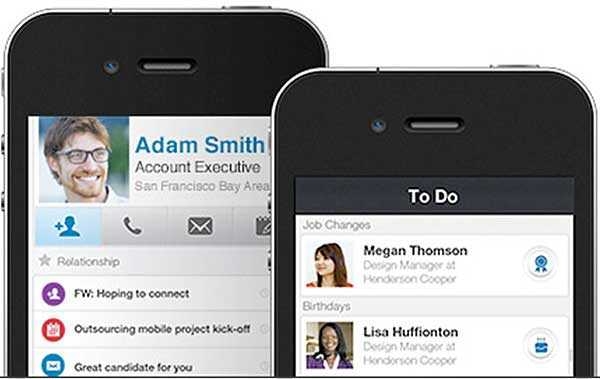 Ear to the grapevine. What are people actually saying about you on social? Sarah Johnson provides tips and tools for tracking conversation about your brand, personal or professional. They're so simple they are often overlooked: Use this as an opportunity to at least set up Google Alerts.

Why start a hashtag when you can snuff one? Hashtag haters, there's room for you too. Water is Life jumped on the popular #firstworldproblems meme to illustrate just how lame those problems actually are... when read out by people with real world problems. The organization proudly totes the campaign as "the first-ever attempt to end a hashtag, rather than promote it." When last was the old admonition to "change the conversation" used to such effect?

Go forth and Pin. A Digitas/Curalate study finds that 70% of Pinterest brand engagement is generated by users, but marketers should be taking advantage. "Brands need to go forth and Pin," said Digitas's Jordan Bitterman. The study called out the fashion retail and automotive industries specifically: only 18% of fashion retail brands Pin, despite Pinterest's (over 80%) female and fashion-forward user base; and few automotive brands are capitalizing on car-loving Pinners, who shower this vertical with 75% Pingagement. Also see how Pinning activity and engagement break down by gender.

Kill it with fire! We'll wrap up with Brad Frost's informative (and entertaining) SlideShare presentation, "Death to Bullshit." This call to arms is a reminder that we shouldn't get too distracted by the sheer number of opportunities social media provides to hose people from all sides; instead, we should focus on execution that makes a purposeful statement. You've heard this a thousand times, but there's a reason: What lives on in people's minds is the stuff that resonates rather than perpetuates what's cool. That hasn't changed and never will. Hat-tip to Jeff Kwiatek for this one.

Death To Bullshit from Brad Frost

Continue reading "#SocialSkim: Social Media This Week, Including What Gets Likes and LinkedIn's Contacts App" ... Read the full article