This week, a Scottsdale bakery made social headlines. Find out why. Get to know the (new) value of a Facebook Like, how brands can use SnapChat, how to set up marketing analytics, and why preppies want to give the homeless a makeover. Finally, learn the definition of “Pinterest stress”… and how to dance to “Get Lucky.” Skim for smooth moves.

When a bakery has a meltdown. This week, Amy’s Baking Company—the first “Kitchen Nightmares” restaurant that star chef Gordon Ramsey’s ever walked out on—flooded social outlets. The husband-and-wife team’s lashing-out at Ramsey, servers, and customers catalyzed a maelstrom of critique on Reddit, Yelp, and the bakery's Facebook page. On Tuesday, the pair started responding to trolls on Facebook and elsewhere, making threats, calling people names, and generally saying weird stuff (IN ALL CAPS!). 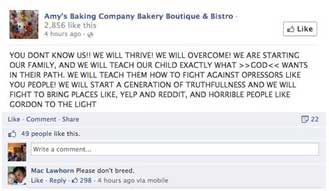 The meltdown boosted the company’s Likes to over 71,000, from 483 Likes on May 9th. We wouldn’t call them good Likes (although many still argue that no PR is bad PR). But good lessons have blossomed in all that watery dough. Forbes provides six absolute social media no-nos, whose sage advice includes “Don’t react right away” and “Reddit is not for the weak”—meaning know your networks and their culture before engaging. Also, here’s an important tip: Listen to feedback, but you don’t have to respond to everyone.

Google+ Pinterest up. The Google I/O Conference revealed a new responsive design for Google+. Rolled out for now to just a few users, it’s multi-columned and image-focused à la Pinterest. Finally, a “related hashtags” feature will join conversations about topics and trends you’re interested in.

That Like’s now worth 28% more. "The Value of a Facebook Fan 2013," a study by Syncapse, finds that the average value of a Facebook fan’s risen by 28%: to $174 in 2012 from $136 in 2010. Fans spend 43% more than non-fans in respective categories, although their incomes are no different. 75% of Fans are likely to share good brand experiences, and brands with higher retail prices, like BMW and Target, have higher Fan values. Guess that’s why they call it Tar-jay. 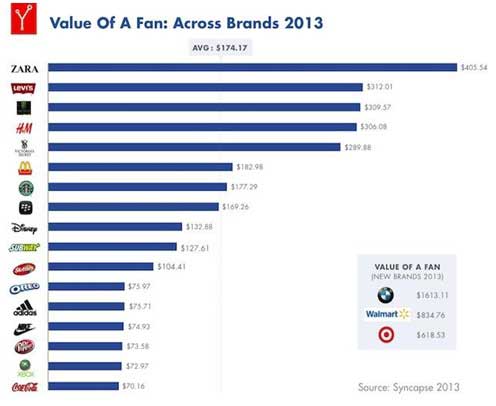 Hello again, Big Brother! Speaking of Facebook, the site is now using software to track user comments for evidence of potential criminal activity. Chats between people whose profiles are recent or include strange information (like wide age gaps) will get closer attention from the software, which also scans for phrases used in chat records from the profiles of other criminals.

Trash the cash register. Three register-killing, POS-transforming things happened on Tuesday: Square launched Stand, an iPad-based cash register complement to its mobile app, which lets you ring up credit or debit card payments with your phone. PayPal launched Cash for Registers, a program to get businesses to switch to PayPal for POS. (Under the program, credit, debit, check and PayPal-processing fees will be waived for the rest of 2013.) And Groupon expanded and rebranded its mobile POS solution, now called Breadcrumb. ReadWriteWeb reflects on how that triumvirate will change small business in America.

Brand hijack: Abercrombie & Fitch. A brand can run its business anyway it wants. But in the social world, companies whose values don’t align with human values could become hijack targets. Abercrombie & Fitch CEO Mike Jeffries made headlines for saying A&F belongs only on cool, skinny kids and that the company makes a point of hiring only attractive people, refusing to carry women’s sizes over Large, and burning old stock instead of donating it. This week, using hashtag #FitchtheHomeless, user Greg Karber committed to making A&F the No. 1 brand for homeless people, encouraging users to share old A&F clothing with less the fortunate in their neighborhoods. His video’s generated over 4M views. Even if this doesn’t change Jeffries, it could change brand perception.

This message will self-destruct. You’ve probably heard a lot about Snapchat, a mobile app that lets users send videos and pictures that “vanish” between 1-10 seconds. It’s loved by teens and feared by parents. Users now “Snapchat” over 150M photos per day. Matt Rhodes explains Snapchat’s value add to marketers, calling it “a tool for communication as ephemera—content and messaging that has a shelf life and doesn’t need to live on after that.” Taco Bell’s using it to surprise users with specials and secret announcements, such as the relaunch of the Beefy Crunch Burrito. And the brand’s been “blown away” by the response it has gotten. 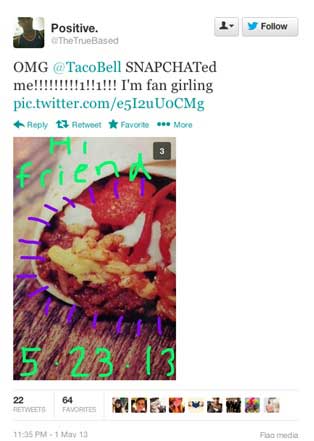 Need design help? Stylify me! Style is everything in social: it’s key to how we learn and navigate new tools. Built by creatives at agency Nurun, Stylify Me makes it easier for you (or your designer) to research style guides for your site. Pop a URL into the website; it’ll give you the CSS color palettes used for the site’s backgrounds and text, as well as the fonts used for headers and body text. 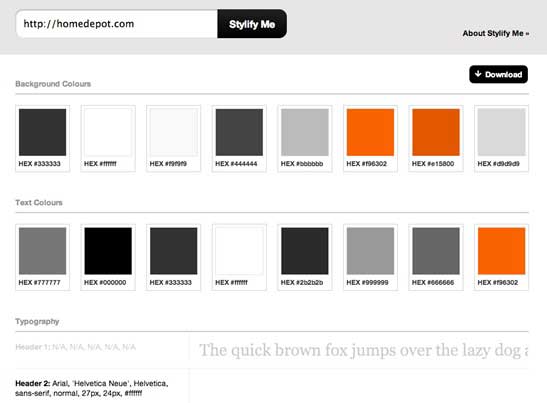 For every platform, a new crisis. A TODAY survey of 7,000 US moms finds that 42% suffer from “Pinterest stress”—the worry that they’re not crafty or creative enough. Yes, there are also symptoms: staying up clicking through photos of gorgeous DIYs, or crying into a cake that has neither perfectly distributed icing nor a Tiffany-colored ribbon. 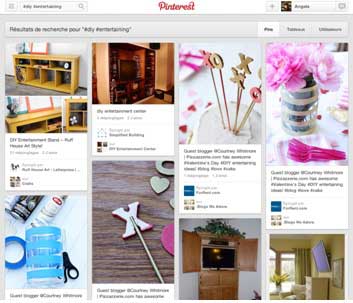 Foundations for analysis. That sounds like a boring textbook, doesn’t it? You may still want to read Mark Emond’s "Four Foundational Elements of Marketing Analytics Success,” though, because only 41% of CMOs are ready to deal with the unprecedented volumes of data now available to them. Foundations include prepping the strategy, organizing the people, creating standards and processes, and securing the right kind of technology. Don’t worry, it’s all explained. Emond’s not scared of holding hands!

Let’s wrap up with something fun. How to Dance to Daft Punk’s “Get Lucky.” It may not be the next “Gangnam Style,” but at least you’ll have an outlet for all those moves you’ve been keeping in the closet. You know, the ones in the pockets of your bellbottoms! (See our last issue for a primer on the “Get Lucky” craze.) You can also stream the new ‘70s and ‘80s-inspired Daft Punk album, “Random Access Memories,” on iTunes or Grooveshark. Both links did the rounds of socnets in anticipation of the official May 21 US release.