#SocialSkim: Social Media This Week, Including the Usual Suspects (AKA, New Tricks and Tools)

Happy post-Independence Day! Fireworks may still be exploding in our ears, but as usual we've got a bunch of new tricks and tools for you this week. Read about Vine's latest marketer-friendly features, and learn how to target Twitter users from your email list, as well as embed Instagram Videos. Also, catch up on the top viral branded video of the week, and see a digital walk-through of Diagon Alley. Skim for social liberation.

Facebook Ads: don't find yourself beside something you hate. Facebook's improved its groups/pages ad placements to ensure advertisers aren't placed alongside compromising content. "We will now seek to restrict ads from appearing next to Pages and Groups that contain any violent, graphic or sexual content (content that does not violate our community standards)," the company writes. The review will be manual, but it will eventually be automated as its algos improve.

Use email to improve... Twitter targeting? Now advertisers can use email lists and user cookie IDs to target their recent site visitors on Twitter. Users can opt out by unchecking the "promoted content" module in their account settings... but, for now, everyone is automatically opted in.

The slides have it. Looking for a new way to promote your business or present your industry expertise? Sites like SlideShare and SpeakerDeck let you publish slideshows that are easy to share and that search engines can index. Amy Gahran explains how to maximize online slideshows, including tips on presentation tools (we really like Bunkr), search optimization, and the good use of images. To start you off right, Jack Morton Worldwide's produced the following slideshow, "Bottling Goodwill: Olympic Lessons for Every Brand". Happy presenting, online or offline!

Monitoring that won't break your brain. TalkWalker is a social media monitoring tool that aims to take the complexity out of social media monitoring. Use it for competitive analysis, market trends, media response, sentiment analysis and crisis analysis. Why do we love it? Because the data comes out in an easy-to-read graphic format, and there's a feature made especially for popping everything into PowerPoint.

More Vine for your buck. Vine's been updated to include new features that sweeten the deal for marketers, including Channels (subject-based categories), a Revining feature to improve viral reach, new capture tools, a discovery feature for new users, and Protected Accounts—a nice way to test your Vines before going live. 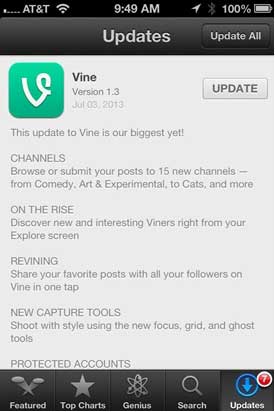 Speaking of teeny-weeny video, The Guardian weighs in with agencies about the merits of Instagram Video. One is obvious: You can benefit from your homegrown Instagram community if you have one already, as well as from its 130 million active users (Vine, in comparison, had 13 million users in early June). "15 seconds also starts to take it into advertising-length formats, so it opens the possibility of putting a bit more craft into video in a way that we can already with Vine, but could grow into a tool for making reactive advertising that could be distributed beyond Facebook or social media," says Mark Holden, who leads agency Arena. For a sense of Instagram Video's cinematic advantages, check out this behind-the-scenes Burberry Prorsum Menswear video for its Spring/Summer 2014 collection. (And for content geeks, here's how to embed Instagram videos.)

Yahoo wants in. Hoping to cash in on the short-video trend, Yahoo's purchased Qwiki, an iPhone app that lets users turn photos, music and videos into short films. The buy set Yahoo back about $40-$50 million. Well... cheers to another contender!

Getting serious about (serious) LinkedIn. Let's wrap with some summer reading. faberNovel's released an unbelievably robust study (see SlideShare, below) about LinkedIn and why you should harness it. The study points out that LinkedIn is the fastest-growing talent network, with two new members per second. The top industry using it is High Tech, closely followed by Finance, Manufacturing, Medical, and Education. It also generates more dollars per hour spent on its site than any other rivals ($16.40 per user versus just $0.70 for Facebook and $2.90 for Twitter). Don't leave it out! And if you need help, here are five handy LinkedIn best practices.

"We need to write the new rules." A collaboration between Jay-Z and Samsung for the launch of his "Magna Carta Holy Grail" album dominated AdAge's Viral Video Charts, holding the No. 1 position from last week. With over 23 million views, the video demonstrates the infectiousness of music, the power of giving users an "inside look," and the promise of what comes next: Jay-Z hopes to create a new way of distributing and experiencing music. As he tinkers with that, Samsung's happy to keep users updated on the journey... while promoting its suite of mobile tools. The new album is available in priority to Samsung Galaxy fans.

You, too, can explore Diagon Alley. And you don't even have to be a wizard. Google Maps Street View now lets users "walk" through Diagon Alley... or at least the studio version at Warner Bros. in the UK. The digital tour offers a 360-degree view of everything from Weasleys' Wizard Wheezes to Mr. Mulpepper's Apothecary—places that, until now, were safely confined to the realms of TV and imagination. 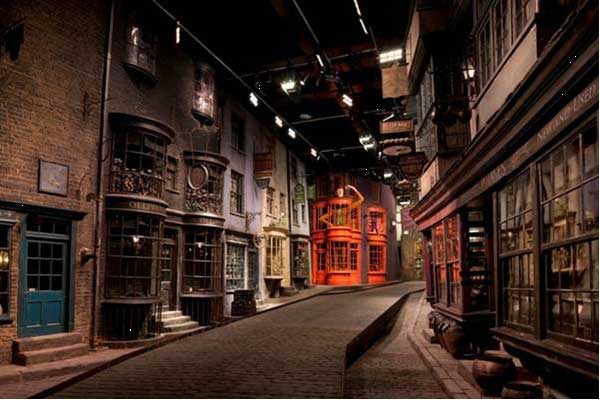 What's in a yardstick? Chuck Hermann reviews his takeaways from Katie Paine's Measuring Public Relationships and defines four things that you should be measuring online: share of conversation, leads generated, referral traffic, and customer satisfaction. To understand each of these in detail, read the full article.

Become a mobile marketing pro. Jennifer Wise explains three principles for ensuring you meet expectations on mobile. They include immediacy (timely content), simplicity (in design and navigation), and context (relevant messages based on location and mobile behaviors).

Let's end this week's issue with a bunch of bangs. This Instagram video by rockinbrock shares 15 seconds from Baltimore's July 4th fireworks finale:

Continue reading "#SocialSkim: Social Media This Week, Including the Usual Suspects (AKA, New Tricks and Tools)" ... Read the full article