It was a big week for social and social TV. Read the latest on Twitter and Comcast's "See It" button for TV shows, Facebook's new media partners and newsfeed algo changes, and Taco Bell's Snapchat story. Also, ever wonder what a Twitter Card is? We'll tell you. Skim to keep the sharks at bay.

Carrie at a coffeeshop. This week's viral brand sensation was a well-orchestrated video of a woman who uses telekinesis to destroy a coffee shop after someone spills coffee on her computer: a well-organized guerrilla stunt for the new Carrie release that must have scared onlookers out of their minds. With 25 million views and counting, it's one remake we'd like to think won't get a bucket of pig's blood dumped on it.

Watch TV on Twitter. Trash that remote control! Twitter's paired up with Comcast to launch a "See It" button that lets you watch and record TV shows directly from a tweet. For now, it's available exclusively to Xfinity TV members. The Twitter/Comcast collabo also includes an ad partnership between Twitter and NBC Universal for Spanish and English content. 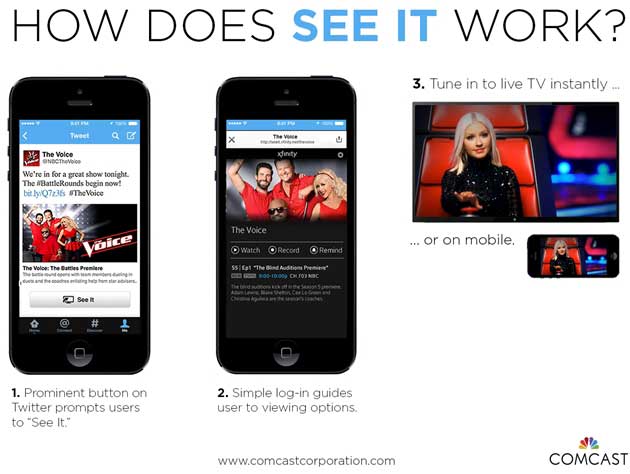 Speaking of Twitter and TV, the new Nielsen Twitter TV Ratings launched this week. This brings two specific new measurements into the world: TV-specific Twitter activity (authors, tweets) and reach (unique audience, impressions). What it's found so far: Twitter's TV audience for a given episode (sports excluded) is, on average, 50 times larger than the number of authors generating tweets (e.g., if 2,000 people are tweeting a show, estimate that 100,000 people are going to see them). Of course that number varies from show to show, but in general US social TV activity is high: In Q2 2013, 19 million unique users published 263 million TV-related tweets.

How to shorten URLs. The Next Web's published a list of services that let you shorten URLs for free. Bonus: it also explains how to go about getting a vanity URL shortener. We enjoy Awe.sm for its pretty interface and reports: 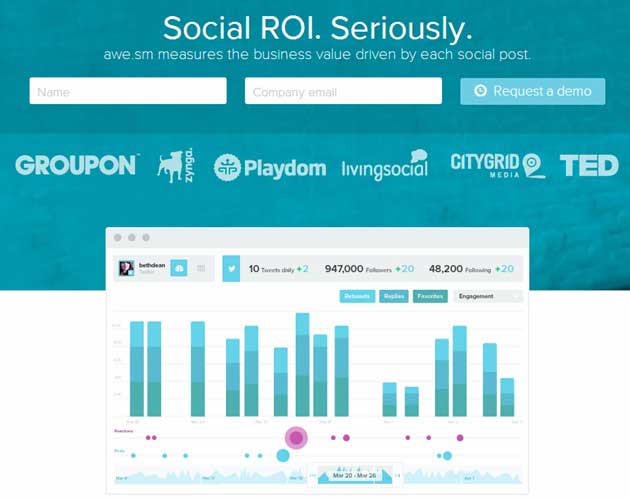 Snapchat storytelling with Taco Bell. Snapchat: no longer just for safe sext? Earlier this month, and maybe in an effort to draw more marketers in, Snapchat introduced Snapchat Stories, a feature that lets you put multiple snaps together to create a narrative. (Background: on Snapchat, everything you send to other users disappears after 10 seconds.) "When you add a Snap to your Story, it lives for 24 hours before it disappears, making room for the new," Snapchat explained. But to really understand this feature (and maybe the Snapchat culture overall), read what Taco Bell—the Snapchat brand king—is [doing with it (visual example here).

Insta-ads on Instagram. Instagram's begun unrolling its ad program to select US users: "Seeing photos and videos from brands you don't follow will be new, so we'll start slow," the Instagram Blog promises. "We'll focus on delivering a small number of beautiful, high-quality photos and videos from a handful of brands that are already great members of the Instagram community." Unlike parent Facebook, its ads will be delivered to users regardless of stated interests. Something to look forward to...?

Burt's Bees: Vining the classics. To reinforce its "natural" positioning, Burt's Bees launched #6secondclassics, a series of Vines that re-enact classic stories. We're not sure whether to be confused or impressed, but anything that brings literature to life is worth a plug in our book.

YouTube Music Awards: a VMA for Generation C? On November 3, YouTube launched its first-ever music awards show. Expect VMA-caliber entertainment: Lady Gaga, Eminem, and Arcade Fire tossed their hats in, along with an eclectic mix of artists whose fame is almost entirely YouTube-exclusive. Guess who's directing? Spike Jonze! Jason Schwartzman will host... and, as you can see, even the teasers are a little more digital-age than any broadcast awards show teaser we've ever seen.

Because all Facebook ever does is change. Lots of changes going on at Facebook. First things first: at MIPCOM this week, it announced an upcoming Trending Topics feature and a slew of new media partners with which it plans to share real-time keyword-based user data, including Discovery International, ProSieben, and Canal+. One more step in its ongoing effort to mangle Twitter in social TV.

Next, it's redesigned its ad creation and measurement tool to help you focus more on business objectives, including clicks to website, site conversions, page post engagement, app installs, app engagement, in-store offer claims, and event responses. You also have options to better tailor your ads based on where in Facebook they'll appear. Finally, measurement will make conversions easier and clearer to track.

And last: No more hiding. Facebook's begun phasing out a feature that let people decide who could find their Facebook profiles based on their names alone—exposing the presence, at least, of all users to roving eyeballs. (Of course, if your profile details are still fully locked down, they won't be able to see much—just the fact that you have one.) But now you'll finally have to learn those horrifically complicated privacy features.

Better presentations in the cloud. If you like building presentations via Google Docs, you'll be happy to hear that Slides now includes two new features: editable themes, and default widescreen layouts. So get out there and make more gorgeous without having to save gigantic PowerPoint files on your computer. 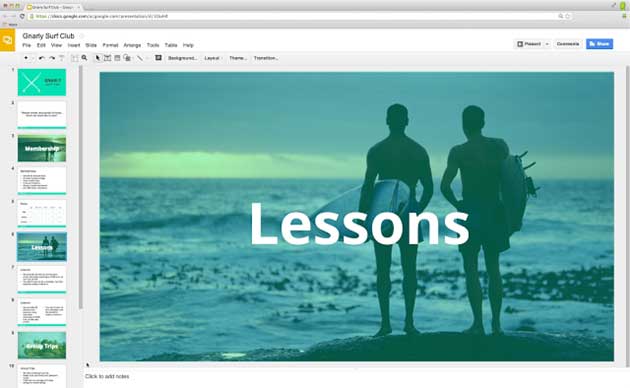 Pinning for fantasy getaways? Weirdly enough, a trademark lawsuit against flight search startup Pintrips is helping Pinterest position itself as a legitimate travel-planning site... with 660 million pins in the travel category alone. Pinterest defends itself against Pintrips by asserting that it's got a passel of active airlines on its side, including American Airlines, Virgin America, Southwest, Air France, Cathay Pacific and Air New Zealand. Not to mention all the resort, hotel, and vacation rental companies eager to share their little slabs of paradise for the dream Boards: Hilton, Airbnb, and the Ritz-Carlton are all active. So if travel (or the travelers) is your vector, practice your Pinning. 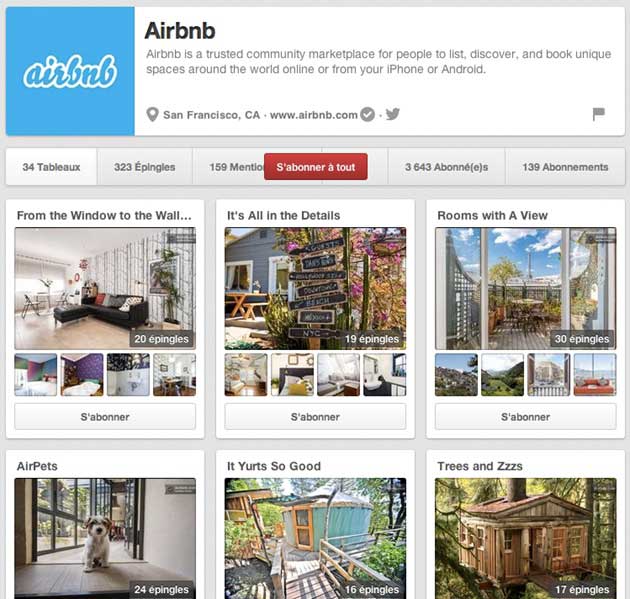 What the heck's a Twitter Card? We want to wrap up this week by answering a question we hear a lot: what's a "Twitter Card"? The short answer is that it's Twitter's standard for incorporating media into a tweet. (Handy for you if you want to share pictures or videos that don't show up as just a link and drive irritated users off Twitter.) Here's how to use them. And here's where you can check to make sure your media Cards work. If all of that is too complicated, a little service called Watchwith will help you schedule, program, and plan social media content while taking adapting your media to match given social standards.