It's list-making time, but there's more in this issue than best-of and prediction lists. Also see how Beyoncé broke the social 'Net, why one family's holiday video went viral, what's next for content marketing, and what gifts you get when Bill Gates is your Secret Santa. Skim your merry way to 2014!

When Christmas jammies beat family newsletters. The Holderness family opted out of doing the typical "holiday newsletter" and [made a music video instead. You do still get the typical year-in-review update (new jobs, new car, recitals), but this one is set to the beat of Will Smith's "Miami." Plus, there's a great gimmick: The whole thing's done in matching #xmasjammies (nice hashtag!). The video's received over 11 million views, making it quite possibly the most viral holiday family newsletter in human existence. It also serves as handy advertising for the Holdernesses' video production business.

Changing music marketing, one Instagram message at a time. Beyoncé surprised fans—and basically broke iTunes—early last Friday when she launched a surprise album, announced via Instagram. The artist says she was "bored" with traditional launches and wanted to connect directly with fans without the traditional marketing noise. (Although the social buzz is through the roof!) The "visual" album, titled "Beyoncé," includes 14 songs and 17 videos. On opening weekend it broke the iTunes sales record, selling 828,773 copies and going No. 1 in 104 countries. It's also the hottest thing to hit the 'Net since the invention of GIFs—which means piles of reinforced fan adoration for Bey.

Tap into your inner Snap Gogh. Dasha Battelle, a self-proclaimed "Snapchat enthusiast" (will there be more?), launched a gallery-style website of her short-lived creations for the ephemeral-messaging social network. All artwork was done on her phone, without a stylus—meaning you, or your nearest in-house doodler, could do the same. 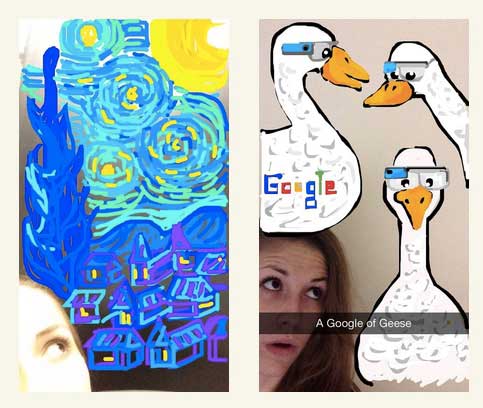 It's like winning the Secret Santa lottery. Social media's strength lies in making human connections that change the way people see a brand... even if the brand is just you. And while Bill Gates may not be the most social-savvy, he won serious points this week for participating in the Reddit community's Secret Santa. Here's the story from the girl he shopped for. Gates's presents included a stuffed toy, a donation on her behalf to Heifer.org, a travel book, and a photo of himself with the gifts. 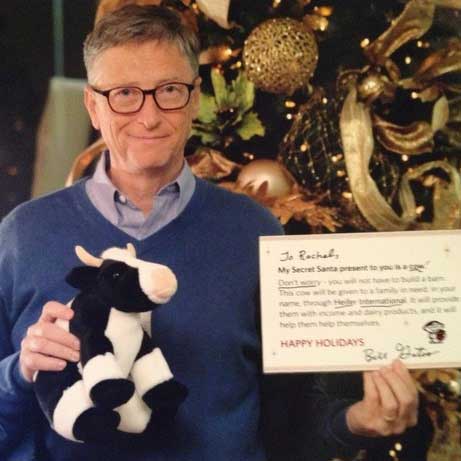 Facebook video ads go live. They're hitting newsfeeds as we speak. The first autoplay video ad appeared Tuesday for Summit Entertainment's film "Divergent." Digiday hastens to point out that the new autoplay video ads shouldn't be confused with embedded video content on sponsored pages, which will still require a click from users to start. Facebook also says autoplay video ads are designed for marketers looking for "large-scale impact," which means... think of this investment like the Super Bowl of social. (Commitments start at $2 million per ad.)

Donate while lurking! Inspired by its experiences in helping raise money for Hurricane Haiyan relief in the Philippines, Facebook's released a "Donate" button to help nonprofits raise money directly from their posts. Pages already sporting the new feature include the WWF, UNICEF, Oxfam, the American Red Cross, and Water.org. 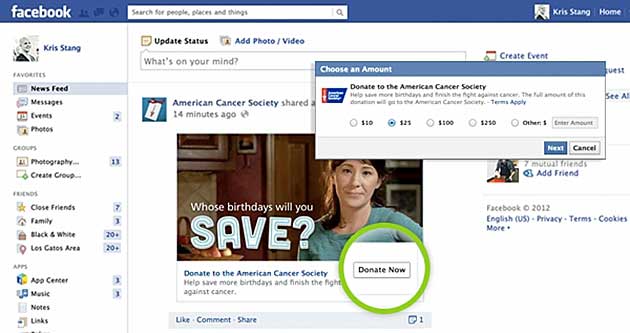 Page Insights go real-time. Facebook's Page Insights now include real-time data, a feature that'll likely help it better capture social TV and real-time marketing dollars. You can also go further back data-wise—all the way back to July 19, 2011, the day Page Insights was launched. These changes are effective immediately and globally. 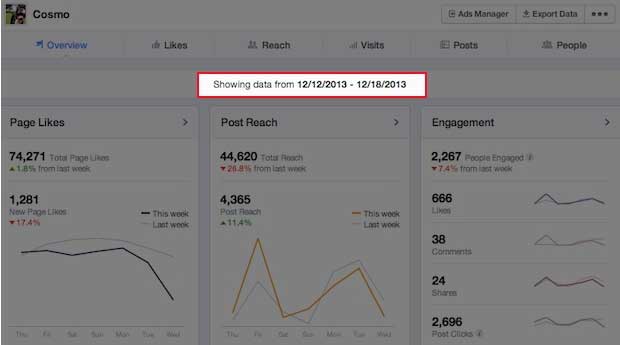 Looking for a dream to fund? Crowdsourced funding site Kickstarter's improved its advanced search to make project discovery way easier. Filter by location, category, popularity, relevant tags, or "magic"—which pulls up ideas that are "bubbling up right now" across different categories. Now it's easier than ever to glean inspiration from the bootstrappers... or play the young swashbuckling angel investor.

This ain't just Buzzfeed territory. Vanity Fair's taking a dip in native advertising—advertising that holds its own as standalone, context-relevant content. The sponsored video, which appeared on its site, is for Hennessy's "Never Stop. Never Settle" campaign and tells the story of Sir Malcolm Campbell, who set land speed records in the early 1900s.

Why buy a banner when you can go native? Speaking of native advertising, a report from BIA/Kelsey finds that native advertising spend is up 71% and will reach an estimated $2.4 billion this year in the US alone. VP-consulting Jed Williams attributes its rapid growth to "widespread usage of social networks on mobile devices." By 2017, native advertising will account for about 42.4% of all social media spend (over $5 billion).

Buffer's secrets to productive collaboration. It's hard to know what's going on when your teams are all over the place and half of their work's being done online. So Buffer's revealed its eight essential online tools for getting more done... and keeping track of what's going on. Tools we love include Trello, which helps organize tasks into lists across your different groups; Buffer (of course) for organizing and sharing social media content; and Sqwiggle, a webcam tool that lets remote teams stay connected throughout the day.

Let's wrap with some future-gazing. HuffPo gives us 12 social media predictions for 2014. Some may (or may not) surprise you: at the top of the list is "Google+ is no longer an option." Read the rest to find out why!

And compare those with Mashable's five biggest social media lessons of 2013.

Finally, take your time scrolling through Simon Staffans's One Year in NOW Media. below. This all-encompassing wrap weds together best-practices and trends across social storytelling, piracy, branded content, word-of-mouth, and transmedia. Where else will you get the whole pile in one embeddable document?

One Year in Now Media 2013 Edition from Simon Staffans