Which brand "won" the social Golden Globes? Which cuddly (but dangerous!) Star Wars character is spreading behind-the-scenes set photos across socnets? Which demo is fleeing Facebook? We've got answers. You'll also score an epic Google Analytics guide, an easy new way to search for images by usage rights, and the skinny on Amazon's new ad network. Skim to flex your social Force.

Brands tweet the Golden Globes. This week in real-time marketing Olympics, brands strutted their best tweets as stars studded the red carpet. Catch a handful of notables and fails. We're partial to L'Oréal's GIF-based styling tutorials for awards night, as well as a playful Denny's train-of-thought about the hit show Girls. (Even if you don't go all out creative-wise, your wit can save the day.)

Still, the real winner of the show was a personal brand—Gabourey Sidibe, the actress known for the feature film Precious and this season's American Horror Story: Coven. Observing that a lot of people tweeted negatively about her dress and her size, she responded with the following (resulting in resounding digital applause):

To people making mean comments about my GG pics, I mos def cried about it on that private jet on my way to my dream job last night. #JK

Gunning for some peace pie. As the Super Bowl draws near, you'll be barraged by ads that brands plan to air on game day. Axe so far has stolen the show with its entry, "Make Love, Not War." To promote its collabo with Peace One Day, the ad follows soldiers and despot-inspired leaders as they "prepare" for war. But it's a trick! They're actually romantics, hoping to surprise their leading ladies. The work includes a microsite that encourages you to "share a #kissforpeace to support Peace One Day." The work is a head-scratcher given Axe's raunchy reputation... but with nearly 400,000 views and counting since its appearance on the 14th, we look forward to seeing whether the hashtag—and world peace—gain traction.

Chewbacca shares his photo roll. Star Wars is on a social tear. First we had selfies by Vader; now Peter Mayhew, the actor who played Chewbacca, is using Twitter to share personal behind-the-scenes photos from the original Star Wars shootings. Each is shared with a 140-character caption. The pics generated so much interest that the original Darth Vader's getting in on it. It's a hardcore fan's fever dream!

Ok, you lot really like pics of a certain princess! Here's one of Carrie and her stunt double. You're Welcome. pic.twitter.com/CmHYPPvIpM

Do you speak Emoji? If you've noticed a proliferation of tiny pictograms in your comments and texts, that's because people—especially teens—are all aboard the Emoji keyboard, available on both iOS and Android (here's how to get it). The keyboard lets you express a range of emotions and situations using one picture or a series of them. Axe (it's on a roll!) took advantage of the trend, using Emoji to show Millennials that texting and driving can kill you. We love that even the tagline (across the bottom) is Emoji-fied. It's a great exercise in the coherence of your message... as well as an exercise in brevity. 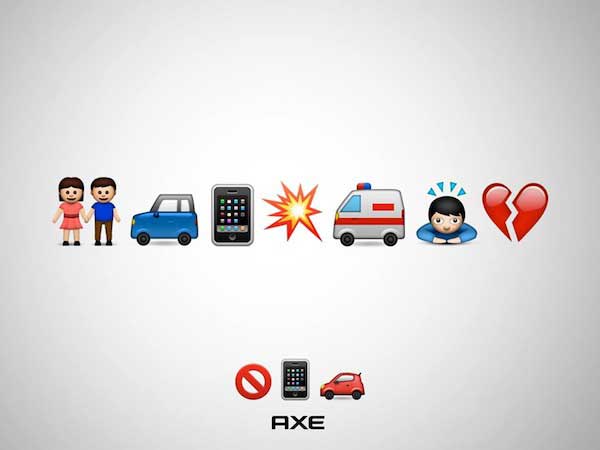 Content publishers, search Google by usage rights! If you publish or curate content regularly, this will thrill you: Google now lets you search for images by usage rights. Run your search and click on "Images," then "Search Tools," where you'll find the drop-down for "Usage Rights." Opt to see only photos labeled for reuse, commercial reuse, reuse with modification, and commercial reuse with modification. But hey, why read all that when we can just show you? See below: 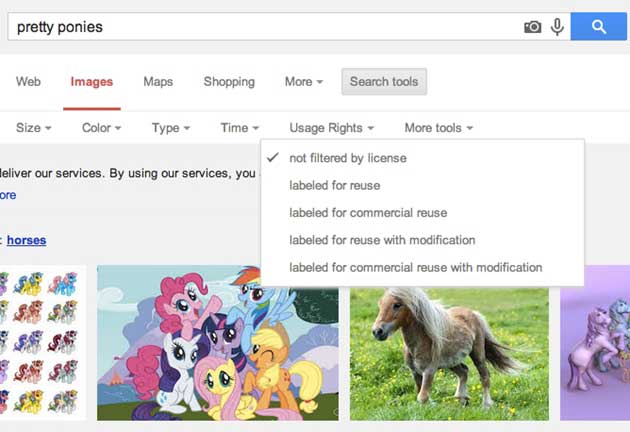 Ads that follow you across the Web... served by Amazon. Amazon's finally launched an ad network that buys inventory on other sites, then sells it to marketers at a premium. Placement is powered by the reams of data it's collected about visitors and shoppers. How it works: Using data about customers, Amazon creates pools of marketing targets. Its partner Triggit uses tracking cookies to follow those users when they leave the site. Triggit buys ad inventory on other sites they're visiting, serves a user-relevant ad, and charges marketers for the impression. This is the first time Amazon will sell ads across third-party sites, not just its own.

Facebook wants more profound chats. Facebook's acquired Branch Media for a cool $15 million. The startup provides conversation services and a link-sharing service called Potluck. The Branch team will create a new Facebook team called "Conversations," the goal of which is to help users "connect with others around their interests." Co-founder Josh Miller of Branch said the final product will be "reminiscent of Branch and Potluck"—though both of those services will also go on operating independently of Facebook.

That news also jives with some words Mark Zuckerberg shared about the importance of privacy, an interest raised by Snapchat (and FB's recent failed acquisition of the socnet). Zuckerberg hopes to help Facebook users communicate more often in private—which means that as the Branch team tries strengthening conversational stickiness in public, we'll likely also be seeing development activity around Facebook Messenger. 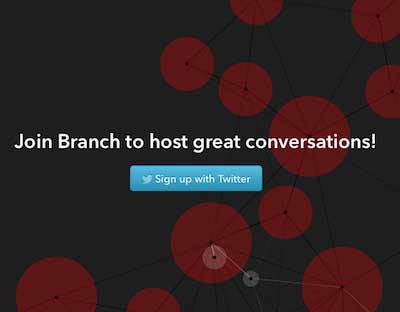 Facebook's ability to stay sticky is crucial as teens continue to ditch it and representation from the 55+ crowd grows. iStrategyLabs illustrates this exodus in one handy table: 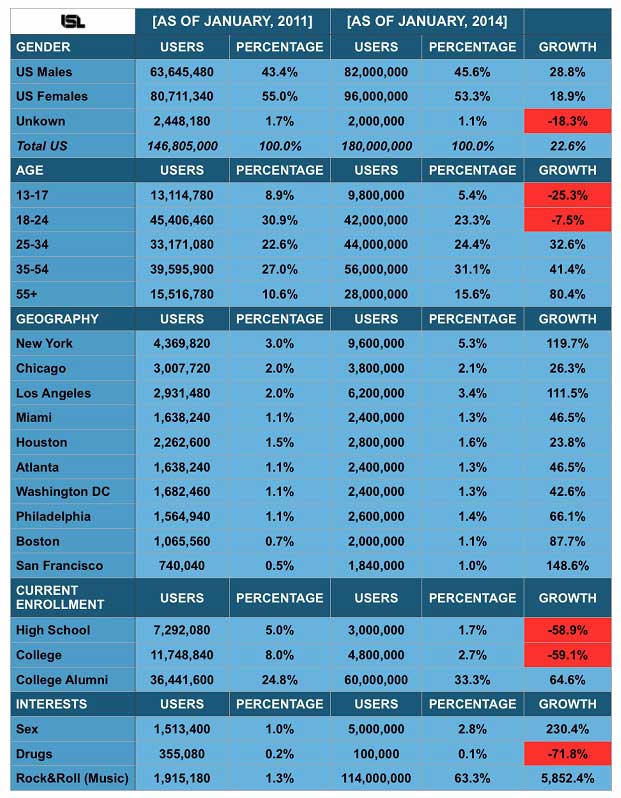 Film sideways if you want. Trying to develop mobile video-production chops? It's easier than ever with Horizon for iOS. The app lets you film videos at any angle you want, then frame them correctly for publishing. Services like this will become more important as communications via Instagram Video and Vine grow crucial to attracting wandering eyes. YouTube is also experimenting with a cleaner video interface, geared toward keeping its user experience consistent across all screens (particularly from mobile to desktop). Media agnosticity, here we come!

Target tweeters by email and user ID. Twitter's updated its Tailored Audiences offering to include the ability to target people by email address or user ID. The article linked above includes handy charts on how each will work. Here's the user ID approach: 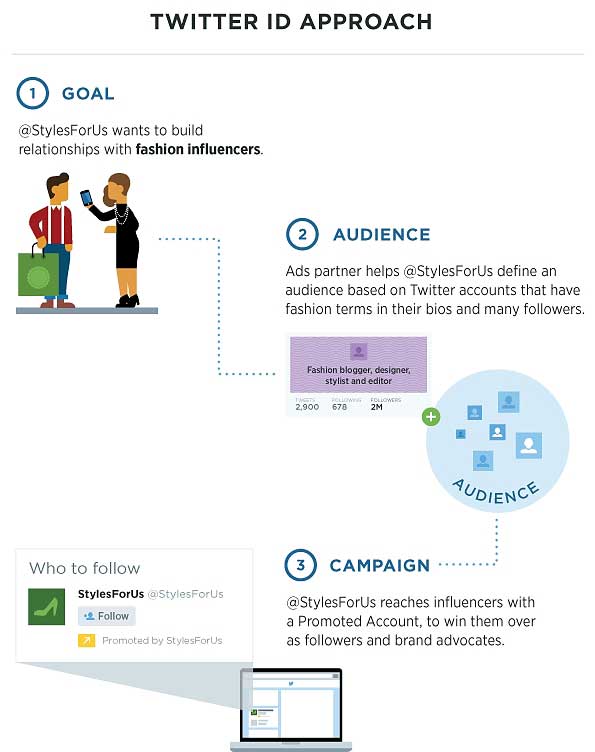 Engagement is easier on Tumblr. Tumblr's adopted the @ notifications feature, popularized by Twitter and adopted by Facebook, Instagram, LinkedIn, and (kind of) Google+ (G+ forces you to use a + instead of an @, but the principle's the same). This feature lets you cite users in posts, which will then notify the user that you mentioned them, triggering something a little more like a conversation. Some worry that this may reduce the number of reblogs that have made the site such a darling for viral-hunting marketers, but this isn't a bad thing: A simple @ makes it easier to cite an original source that may have been reblogged so often it would have been impossible to find.

Why work when you can volunteer? LinkedIn's expanded its job database to include a marketplace for volunteer work, which it hopes will boost the number of students who use the site. The marketplace is limited to US 501(c)(3) nonprofits (so forget about finding interns this way)—but also note that the marketplace postings aren't free. A five-job pack costs about $164 per job. Rates may vary, depending on where the job appears.

Let's wrap with something you'll use religiously. The ultimate guide to Google Analytics will teach you everything from running behavior reports, making better content choices, identifying post authors, and improving user experience. Why we love it: it's packed with example images, making it easy to follow along. Best of all, it's all right here. Evernote it before you lose it! 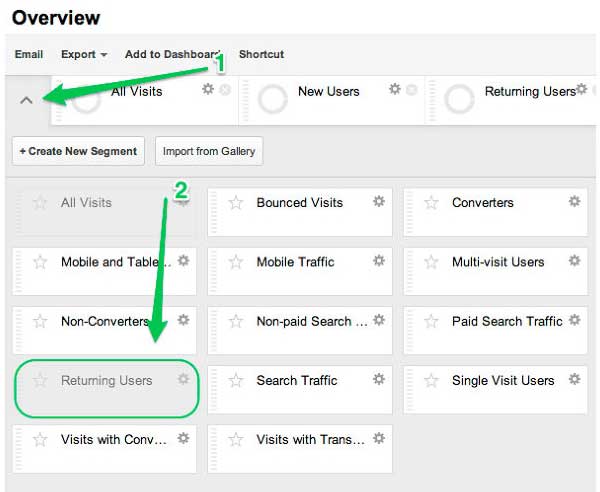