Where did the year go? Catch up on trend briefings for 2014, an epic year-in-review, the latest in Tumblr mobile ads, and a thought-provoking video that arrived just in time for International Disability Day. Skim to start the holidays with social peace of mind.

The living legend. It's never easy to kick off with a goodbye, and this week we've got two. Yesterday, at the age of 95, Nelson Mandela passed on. The news was confirmed by South African President Jacob Zuma on Twitter. Visual.ly also shared an extensive infographic detailing key moments in his life.

Fast and furiously departed. Responding to surprising news about the death of Paul Walker—known for his roles in the Fast and the Furious movie series—Universal Pictures released a tribute video to the star, whose departure was all the more discussed because it happened in a car crash. We also love this tribute twitpic posted by social strategist Federico Mauro, whose simple-says-it-all visual drew over 100 retweets. (Thanks, @darewin, for telling us about the tweet.)

The human body, plastified in all its variable glory. For International Disability Day (December 3), and in support of disabled-persons organization Pro Infirmis, multiple retailers on a busy street in Zurich worked with Jung Von Matt/Limmat to create display mannequins modeled after disabled people. The reactions of passersby are varied, which says a lot about how society addresses disabilities. Here's to changing how the world sees "normal."

The most sinister selfie you'll see today. Star Wars made its official debut on Instagram, and its first photo is a selfie... by Darth Vader. Gotta love the brands that know how to use social to keep the fan fire burning.

Your Facebook reach is shrinking. Again. Facebook updated its algorithm this week and it's warning administrators that the change may result in lower organic reach. Why? Because of the sheer number of posts competing for space in News Feeds. Admins are urged to incorporate more engaging page posts and—ahem—buy advertising to keep visibility high.

The ghost of Timelines past. Facebook is "testing a new way to help you remember favorite moments by making it easier to revisit previous News Feed posts," a source told AllThingsD. "When you click on this notice, you will see a selection of some of the top posts from your News Feed from a year ago. This is just a small test at this stage." Fine timing: a nostalgic jolt from Younger You on Facebook, just in time for the holidays. (Although remembering the resolutions we were so gung-ho about in 2012 won't be fun.) 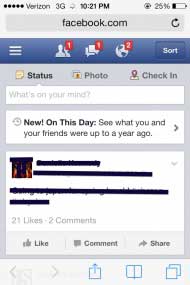 Teasing with toys. Instagram plans to hold a press event next week, likely involving a new product spinoff. To give the press a sense of what's in store, the company sent select journalists a wooden block with an Instagram photo printed on it. Digital transitions back to real-life? Stay tuned: We'll all find out on December 12, at 9 AM, in New York. 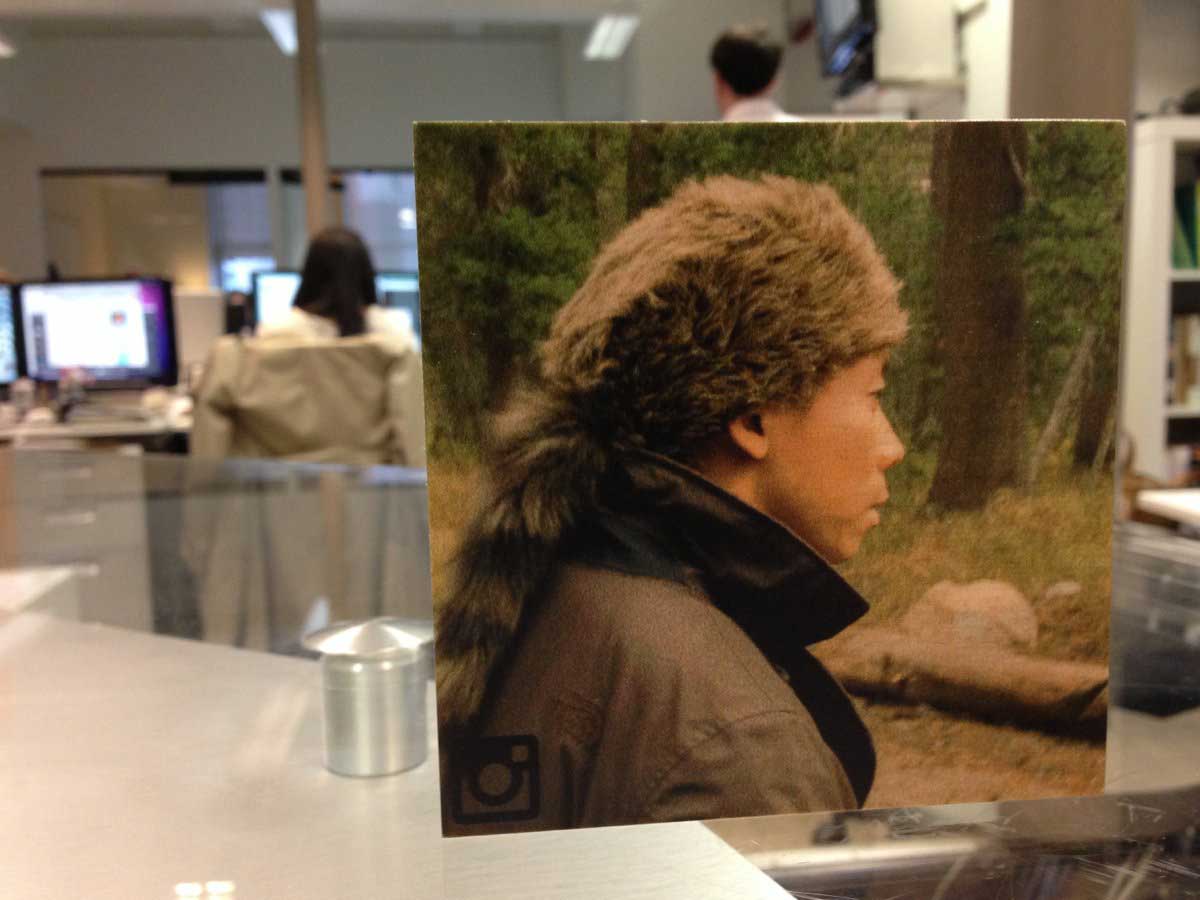 A year in music, courtesy of Spotify. Spotify's produced a killer year-in-review that doesn't just cover how well the service did in 2013; it also provides addictive insights on music habits and tastes in 2013. The interactive site lets you toggle through different cities, moments in time (exercise, hangovers, even heartbreak) to let you see what people most often listened to. If you've also got a Spotify account, it'll even provide insight on, well... you. As you wander through the experience, you get enormous exposure to the features of Spotify itself, making this a great instance of relevant-to-moment social advertising. 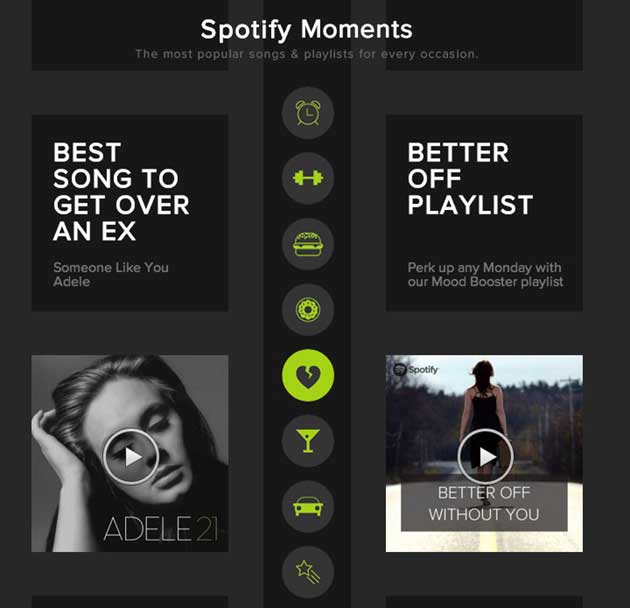 Twitter lowers the age gate. If your product (such as alcohol) can be used only by people above a certain age, you may be familiar with Twitter's bulky "age gate" process: When users follow you, they receive a DM asking them to confirm the follow. And if they never check their DMs, well... you simply lose them. This process has been changed in favor of something more familiar: Now, when users follow "adult" brands on Twitter, they'll be asked to tap their birthday into a date picker—permitting an almost-immediate follow with a low barrier to entry. Something to drink to?

Toss the junk. Deluged by email from social sites, service sites, or sites you can't even remember subbing to? Unroll.me lets you unsubscribe from emails with one easy click. It works by giving you a list of your subscriptions, then letting you handpick the junk to toss... but watch out, after five unsubscribes you'll have to share Unroll.me across social sites to keep the service running! "Not a terrible price to pay, though," says Adfreak's David Griner (and we agree). Plus, a share for a value-add is always a nice exchange. Bonus: Unroll.me also aggregates the newsletters you do want into one easy-to-read format.

Trends to run with in '14. It's just around the corner! Trendwatcher's compiled the seven top consumer trends to jump on next year. Learn why it's worth it to push guilt-free purchases, crowd contributions to your product, a greater focus on the mind (versus the body), and the "no-data" (versus big-data) trend. (Think Snapchat and BitTorrent Sync, which is capitalizing on people's NSA fears by ensuring that their data stays theirs.) 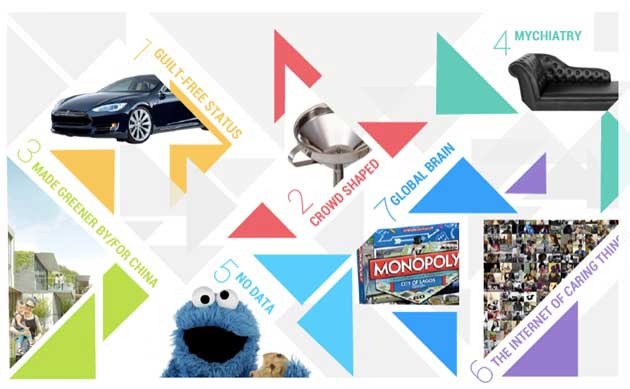 Fresh mobile ads for Tumblr. Tumblr is now selling Sponsored Trending Blog placements to brands on its mobile app—its fifth ad product, and its second on mobile. The posts, which feature a $ sign to indicate they're sponsored, soft-launched this week (the first ad came from 20th Century Fox for Devil's Due), but complete ad campaigns will appear in 2014. Pilot brand partners include Delta, Turner Broadcasting, Calvin Klein, and Sony Pictures Entertainment. 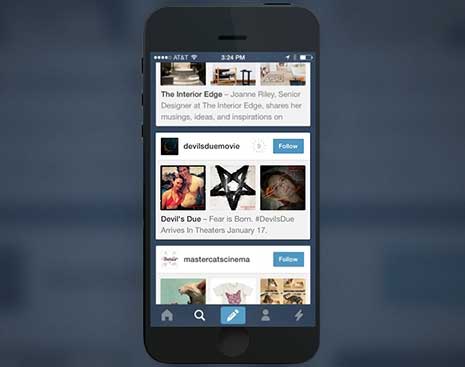 Let's wrap up nice and crazy. In other news, Chatroulette's still around! Social prankster Steve Kardynal used the webcam-and-pass site to create his own version of [Miley Cyrus's Wrecking Ball... the infamous creepiness of which he managed to amplify, smaking it creepier still. (Note: don't watch either if you don't like watching people lick mallets. We don't know why this happens, but it does.) The video—which spread across socnets like wildfire—is funner still because Kardynal's antics are juxtaposed with the reactions of strangers who came across it live on Chatroulette. The current version's clocked almost 70 million views, but don't let that number fool you: He lost his first 50 million views when one Chatrouletter complained about the use of his appearance in the video without permission... although Kardynal says he did ask for it, and the guy said yes.