Score! (Some best-practices for #WorldCup marketing, that is.) This week you'll also learn about the ways teens use Instagram, Facebook's ad plans for customer Web browser history, and the new deal between Wikipedia and the PR industry. Skim to stay cool under the sun (sponsored by Brazil).

Twitter's all over the World Cup and has published an entire article explaining how to follow the events online. It also created a catchy little video to get the world's soccer players pumped. Because who needs Brazil when there's Vine...?

To ensure you look as patriotic as possible, Twitter's brought back its Hashflags feature: In your tweets, enter a three-letter country code after a hashtag, and the country's flag will appear by your text. Not sure how? Make like Shakira:

Need other #WorldCup resources? Futurescape put together a World Cup social TV guide that should satisfy your on-the-go soccer needs. SocialCode created best-practices for World Cup marketing: Optimize for reach! Plus, this is one event where harnessing cultural differences makes a huge impact. Finally, check out Adobe Social's gorgeous infographic, suggesting the World Cup will outdo the Olympics and the Super Bowl in social buzz.

This week in chart toppers, Volkswagen's Eyes on the Road drew gazes for a clever movie theater execution. On-screen, a tranquil road appeared from a driver's perspective. Then the marketer sent a text message to everyone in the audience. When people checked their phones, the car swerved and violently crashed. Talk about a memorable experience! 15.7 million views and counting.

Should your PR guy be editing that Wikipedia page? 11 major PR agencies issued and signed a joint statement, promising to avoid editing client pages themselves. This ends years of tension between Wikipedia editors and PR agents, who often edit pages to boost the reputation of a brand, not just to correct facts. (Over 300 Wikipedia accounts have been flagged as "sockpuppets" belonging to PR companies.) Signers of the pact include Edelman, Ogilvy & Mather, FleishmanHillard, Burson-Marsteller, and Ketchum, among others.

Facebook users: Altering their own ad profiles? In a generous bow to privacy advocates, Facebook announced plans to give users the ability to see the buckets of likes and interests it keeps on them. They'll also be able to add, delete, or change the information. More directly, if you don't like an ad, you'll be able to tell Facebook what you'd rather see instead. 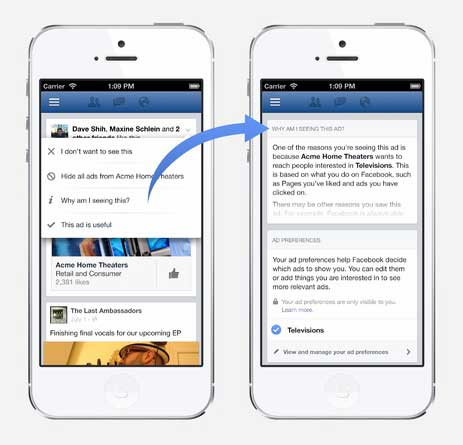 Big Zuckerberg is watching! The 'Book also plans to start using Web browsing history for better ad targeting, a jab against the "do-not-track" setting on browsers (though it will limit ad tracking on iOS and Android devices). Tracking will occur on sites that include Facebook's conversion tracking pixel; and though it can also track all "Likes" that happen on external sites with the Like button, it won't be doing that. For now.

Embedded Posts get an upgrade. Facebook's updating its Embedded Posts to feature a more visual new design, faster loading times, and per-publisher default widths (meaning that for future posts it'll remember the post width you've chosen in the past). Embedded Posts are Facebook posts that you can embed onto your own site or blog. If you're ever looking for some to start you off, the FB Newswire Group shows you public posts from around the world, and Use Trending gives you posts on popular topics in real-time.

...But will your posts be as good as Old Yeller? Fun fact: a Trackmaven study finds that 67.3% of Facebook posts are written at a fifth-grade reading level (or lower!). The study tracked 5,804 pages with over 1,000 likes apiece, for a total of 1,578,006 posts. It also gleaned other useful (less depressing) data: The most popular posting time is between noon and 1 PM, posts with hashtags or exclamation points engender higher engagement, and engagement starts rising after the workday's over.

How teens use Instagram. Caroline Moss conducted an investigation of how teens use Instagram. It boiled down to three biggies: Strategic hashtagging, mass followers (it helps, at the start, to follow people who tag #followforfollow because they always follow back), and defining your own "cool" niche. Because once the sheen of high numbers is over, the people you go on following are those you know personally, or those whose aesthetics match yours. Pro tip: an app called #TagsforLikes helps you tag your photos with hashtags related to a given theme—broadening your reach. Don't abuse this magnificent new power. Moss's advice: keep your photos good and your hashtags relevant. We like that. 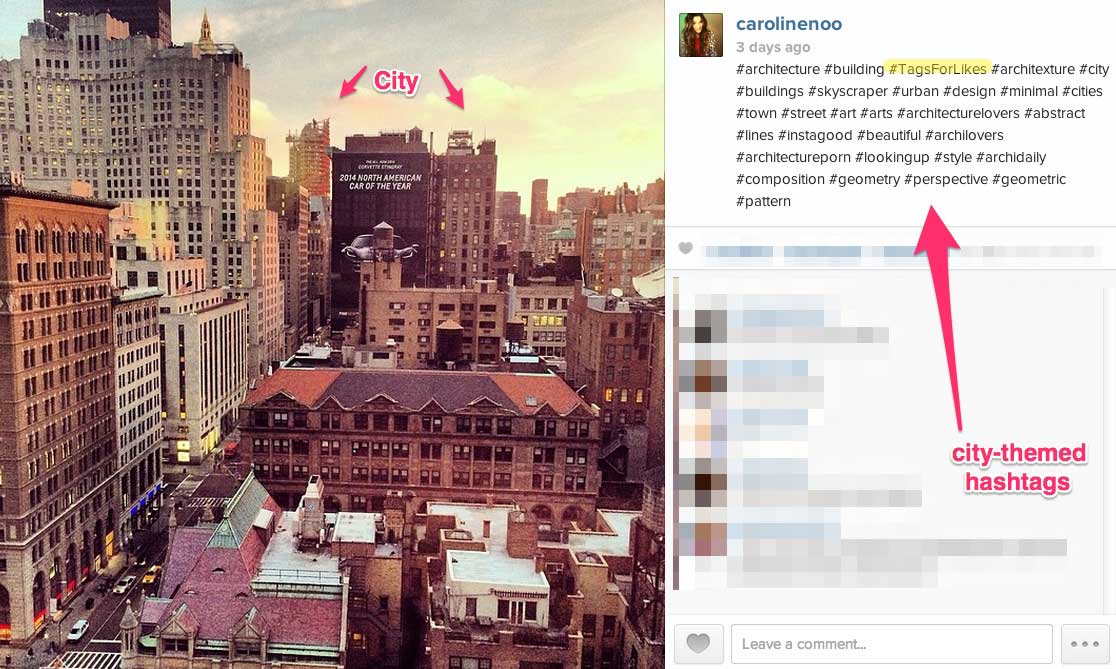 Where to glean for an epic data visualization. Six in 10 people are visual learners, and 93% of the most engaging Facebook posts include images, which makes infographics especially advantageous (and shareable). Bufferapp and visual.ly give you six places on to find data worth illustrating: Use publicly available government data, social chatter, or even your company's data, which can tell wonderful stories, as shown by PBS: 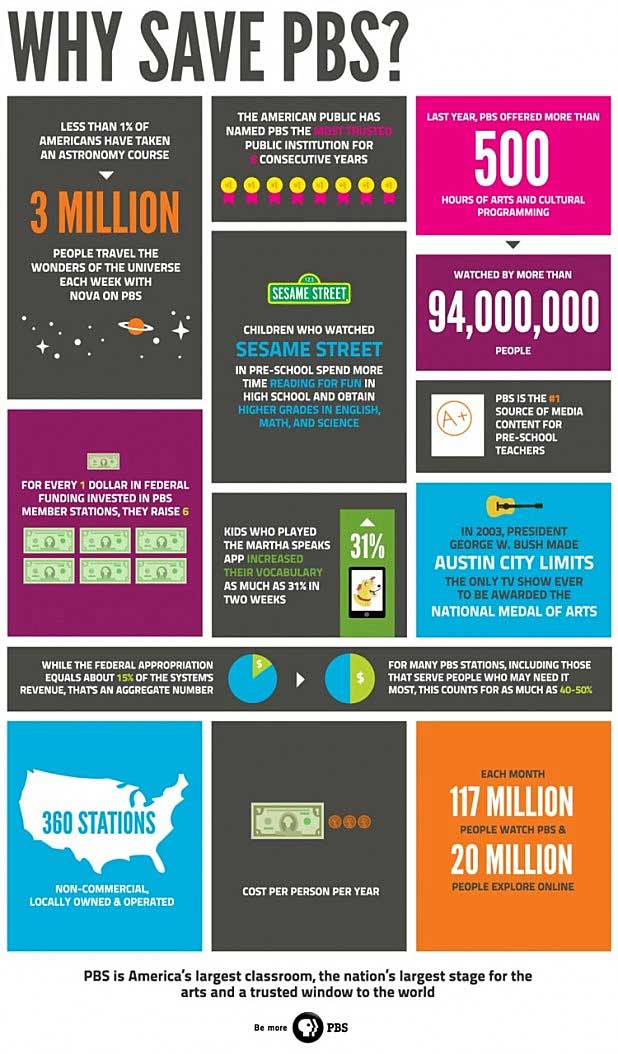 But do they talk about me? A report from Mention finds that 75.5% of online mentions of companies are neutral—not overtly positive or negative. Neutral mentions can include product questions or requests for customer service. Otherwise, get happy! 17.6% of mentions are positive, and only 5.8% are clearly negative (contrary to how you may imagine it in your head). Note, though, that 91% of mentions are made by people with fewer than 500 followers. 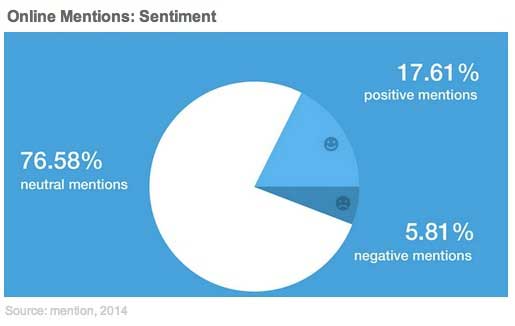 College students want YOU—on Snapchat. A surprising report, which reflects survey data of 1,650 students from 200 colleges, finds that 73% of them would happily open a "snap" from a brand they know. (Snaps are Snapchat messages, which disappear after a delineated period of time.) Some 45% would open a snap from a brand they didn't know, and 67% are open to getting discounts or promotions through Snapchat. Time to whip out your inner Taco Bell? 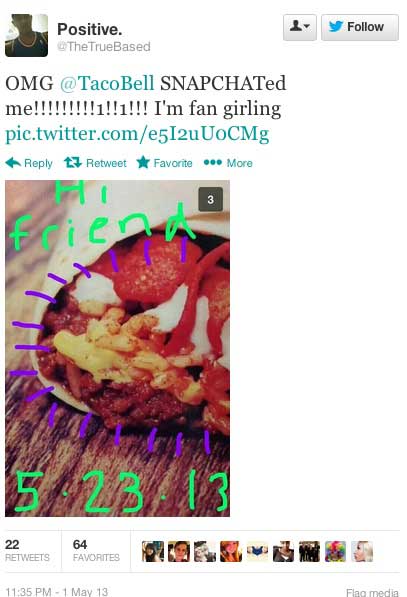 We'll wrap with some wicked fun. If you're tired of the "linkbait" that defines Buzzfeed culture, an entire site's been created to satirize it. We give you Clickhole.com, brought to you by the creators of The Onion and AV Club, with articles such as "10 Hilarious Chairs That Think They're People" and quizzes like "Which Hungry Hungry Hippo Are You?" Digiday's got more on its content strategy—which, for a piece of satire, is deliciously comprehensive.