Find 2014-in-review content (both data-packed and emotional) from several sources, learn which platform is most effective for content marketing, and get the latest service updates from the social networks people will be all over next year. Bonus: Who sent real poo to clients and got away with it? Skim to stay in the know!

We search for hope. Google's Year in Search 2014 is focused less on words and more on what those words represent. See inspiring glimpses of the #Bringbackourgirls campaign, Nobel Peace Prize winners, Ice Bucket Challenge shots, and the faces of Joan Rivers, Maya Angelou, and Robin Williams... all of whom left us this year. The video description reads, "In 2014 we searched trillions of times. What do these searches say about us?" Our searches—and galvanizing production from Google—suggest we enjoy more triumphs, and seek to connect, more often than their opposites.

When marketing hijacks memory. Here's a piece of great marketing that knew how to seize a time when people wax nostalgic. One organization created its own version of the Year in Search video. It's heavy with moments that, however noteworthy, didn't actually take place this year. Is your mind playing tricks? Your confusion is neatly clarified with the closing tagline, which hit us like a hammer.

Lowe's does how-tos with Hyperlapse. #LowesFixinSix is an award-winning effort that successfully bears a customer value-add in a way that's entertaining and brand-relevant: Practical homecraft how-tos on Vine. It's now found a way to pack more punch into those six seconds: Hyperlapse, which lets you create time-lapses for any platform. We've never seen a firepit get built this fast (and the video describes ten steps!):

The #YearOnTwitter. If it happened somewhere in the world, it happened on Twitter, which catches us up on the big moments, from the tweet that launched 3 million retweets to crucial world events that left their mark on the social zeitgeist: World Cup, #BlackLivesMatter, protests around the world, and more. (It summarizes the events for those who might have missed a few.) It also lists the top, most prolific Twitter users: Lady Gaga is No. 1, followed closely by JK Rowling. Proof that people are still reading (while listening to pop music?). 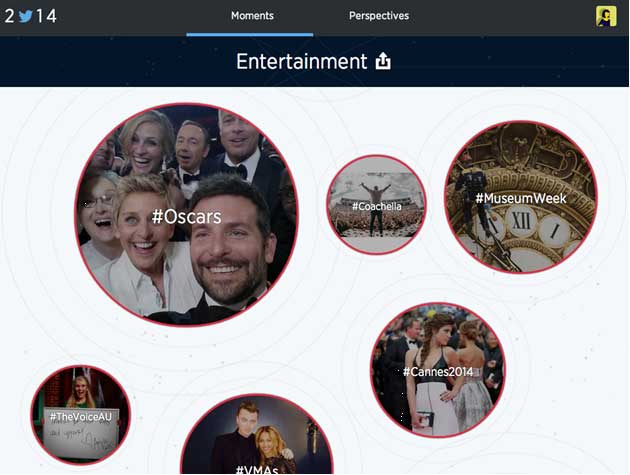 If you're looking for more year-in-review goodness from your favorite socnets, check out Tumblr's, which divided its subjects by food, beauty, TV, songs, maps, and more. It's a content goldmine. (The most reblogged food? Cake.)

Now you can target Twitter audiences by mobile provider and new phones. Over 80% of Twitter's 284 million active users access the site via mobile. To help advertisers, Twitter's launched two new targeting options: Mobile carrier targeting, and the ability to target users with new mobile devices. Carrier targeting (shown below) lets you target based on mobile carrier—which is great for the T-Mobiles of the world... and their competitors and partners. The new devices option lets you target people with new phones, which is useful if you have an app, because they're likely looking for cool apps to download. You can also target based on how recently someone has used Twitter on their new phone. Bombs away! 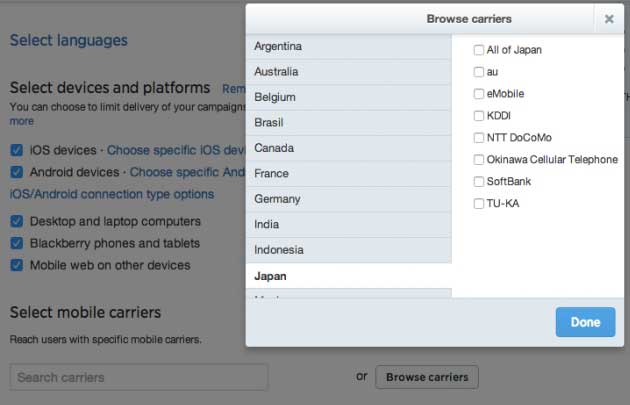 Which platform's best for content marketing? If you're in the UK, the answer is Twitter, per a trends report from Axonn Media, which found that 89% of UK marketers use Twitter to distribute content, and 75% find it the most effective channel. Behind Twitter is LinkedIn, used by 96% of marketers—61% of whom find it effective. (As for Facebook? Only 29% called it effective. Awkward.) Check out the full infographic, which also reveals where UK marketers want to focus their content marketing in the year to come.

Facebook teaches you how to manage a breakup. Facebook's using its YouTube channel to release entertaining short videos that explain how to untag a photo, block someone, edit a post, and share with just friends—among other things. Weirdly, it also provides advice on how to say things like "I'm hungry" and "I love you" better (via Messenger, of course). Because you were doing such a terrible job of it before! Below, how to block the cad who just broke up with you:

How to win Black Friday. Cards Against Humanity, the self-described "party game for horrible people" (and a hit with the Millennial gen!), launched a special Black Friday funpack: For $6, customers could receive a limited-edition box of BS. CAH is known for its numerous expansion card packs, so it's no surprise that 30,000 people took the bait—only to discover, upon receiving their box, that it did indeed contain the feces of a bull. To its credit, CAH made only about $0.20 per pack once shipping was extracted, and its $6,000 profit was donated to charity. That, and because the stunt was in keeping with the brand persona, probably explains why people didn't seem as upset as they could have been. (Indeed, they probably saw it as yet another reason to become more cost-conscious.) Check out the unboxing video:

Forget PhotoShop; Facebook will make you pretty. Who says we can't all get the supermodel treatment? Facebook's admitted that it's automatically enhancing photos uploaded onto its site on iOS (and soon on Android). Facebook explained the feature is mainly for clarifying images and making them more vibrant (so it'll make your friends' vacation pictures look all the more enviable). For those who wish to turn the feature off, Lifehacker provides a tutorial. 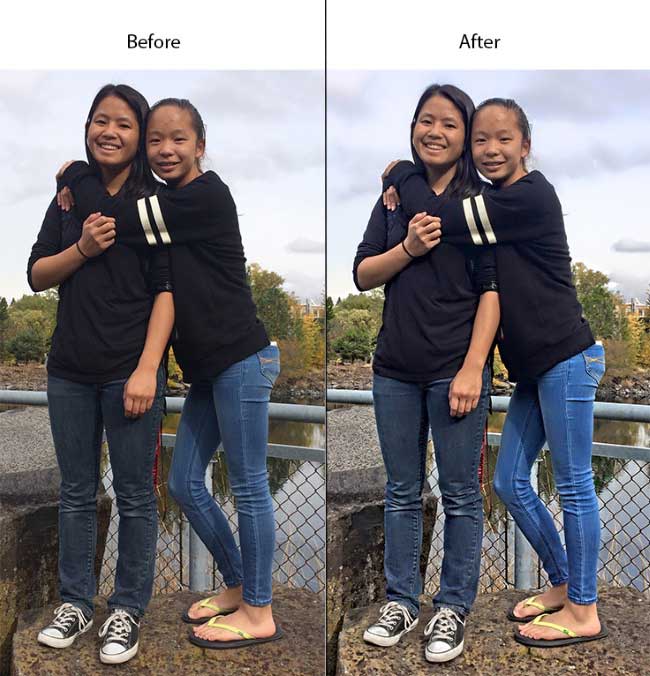 ...and, incidentally, Facebook wants your selfies! An Italian user has revealed a Facebook prompt asking him to share his holiday selfie with the company. This is likely a feature in test mode, but if your News Feed is suddenly inundated with mistletoe duckface shots over the course of the next two weeks, you'll know why. (At least they'll be auto-enhanced.) 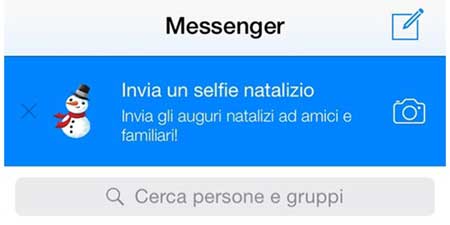 Want to sell pictures on Facebook? Shopify, which specializes in e-commerce via Facebook, has a new platform that lets you do just that for about $9 per month. The site also lets you transform your Facebook page into an online store for most anything. 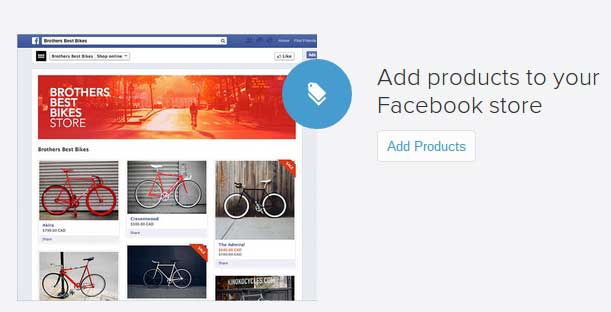 Organize your content creation process. BuzzSumo has tips on how to prepare content in advance so your social networks stay fresh. They include ways of tracking topics (use Mention—it's great!), centralizing your shared tools, and how far in advance you should prepare your content (one month, although most brands also try to prepare their teams for catching rare zeitgeist moments that should be posted immediately).

Content marketing trends to watch in 2015. Blue Interactive Agency's listed what you should watch for in 2015, and how to prepare accordingly. Prepare for more visual content across social networks, budget increases, and better tracking tools, among other trends. For more content strategy tips, Shark Communications created an infographic that teaches you how to harness social media for attracting, engaging, converting, and monitoring users: 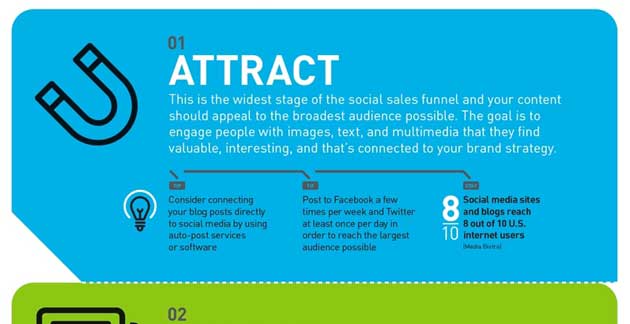 The best and worst social media brands of 2014. Sprinklr's social index provided a list of brands that rose and fell on social media this year. Fiat and the Time Out Group topped the risers; American Airlines and Darden Restaurants topped the fallen (along with brands like Hallmark, Rovio, SodaStream, and Avon). Falling brands are those that have failed to jump aboard the social train, or to evolve quickly enough. Brands that rose are those working to incorporate social media into their overall marketing and sales strategies, not to mention using it to reposition their identities to a savvier market. 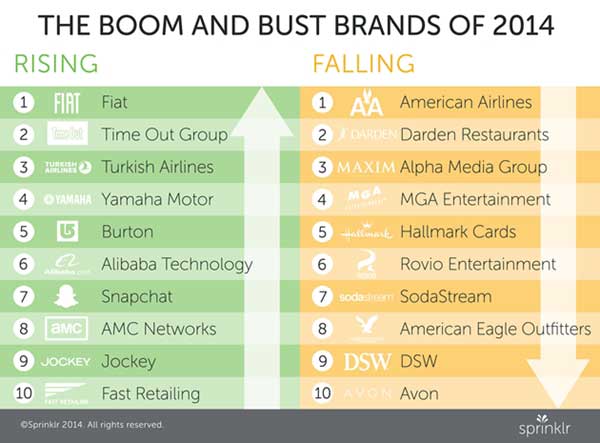 What we learned about social media in 2014. This infographic, reinforced by data from the Global Web Index Q3 2014 report, is a marketing cheat-sheet for social over the past 12 months. To wit: Tumblr and Pinterest grew the fastest (and also have the youngest audiences, of which 70% are age 16-34). Snapchat owned mobile with 56% growth, and multi-networking is making a big impact: 91% of people age 16-64 visited YouTube, Facebook, Twitter, or Google+ in the past month. 19% visited all four! 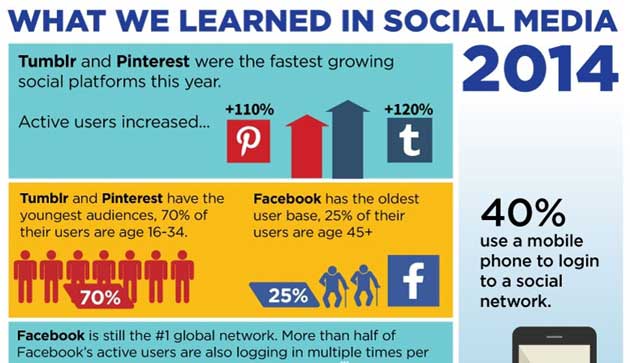 We'll wrap with some creepy Santa Tinder action. BuzzFeed's written a parody post of what happens when Santa—whom Mrs. Claus is presumably cheating on—uses Tinder, that newfangled dating app that your kids are on (spoiler! Sorry). It is awkward, but also kind of delicious (and way less weird than that one time The Walking Dead took over Tinder). 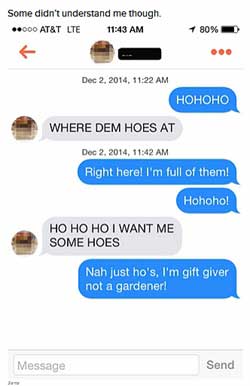