#SocialSkim: Top Instagrams and Vines, When to Post on Socnets, CES Trends, More!

Find out which branded Instagrams and Vines topped 2014, what trends sprouted at CES, how YouTube's prepping for a virtual future, and which channels convert the most B2B customers. Skim to start the year awash in Like!

Je suis Charlie. On Wednesday morning, terrorists assaulted the office of a satirical French magazine called Charlie Hebdo and opened fire, killing 12 and wounding 11. The victims were artists, writers, and the editor, cartoonist Stéphane Charbonnier. The act sparked vigils around France and global sympathy online, including profile photos changed to represent the words "Je suis Charlie"—"I am Charlie." As publications and politicians renewed commitments to liberty and free speech, artists flooded socnets with drawings to honor the dead. One great graphic also shows global hotspots where tweets about the event appeared all over the world.

Can't sleep tonight, thoughts with my French cartooning colleagues, their families and loved ones #CharlieHebdo pic.twitter.com/LqIMRCHPgK

Disruptive technology trends from CES. Whether self-driving cars or revamped Walkmans are your thing, this year's Consumer Electronics Show came packing the gadgets and trends that illuminate where we're headed. Many tackled real-world problems: Surfr is an iPhone case with a solar charger and Ozobot teaches kids about robotics and computer programming. Great digital trends include Dish's Sling TV app, which lets you get channels online and à la carte; Jins Meme, a new take on smart eyeglasses; and the XYZprinting food printer. Finally, Brian Solis compiled trends to follow this year (in the SlideShare below). A few include the death of social media 1.0, a future of search and SEM outside Google, and messaging apps as the new social media. (Speaking of... WhatsApp now has 700 million users sending 30 billion messages a day!)

Who topped Instagram in 2014? AdWeek and Shareablee made a chart of the best brands, engagement-wise on Instagram, by industry. Washington Post was the most engaging publication, while NYX Cosmetics owned beauty. GoPro was this year's consumer electronics darling, and the top Instagram branded video for a movie was social media darling Veronica Mars, the audience engagement rate of which was a whoppin' 3,911.65%! The movie came out in 2014 after a highly publicized crowdfunding effort online.

Smile for the camera! #veronicamarsmovie

The best Vines of December. Econsultancy has been providing lists of the top Vines of the month for the past year. And in December, not all were holiday-related. Ford, General Electric, Converse, and McDonald's make the list; Ford's low-fi approach in particular shows you don't have to be super-spendy, just imaginative, to make it on this platform.

Selfies good enough to sponsor. What's a selfie worth these days? Lots if you're Lady Gaga. For Japanese brand Shiseido, she took 50 selfies for a New Year's campaign; 46 were published on New Year's Day, with the remaining four published Friday, and most are visible here. The campaign was for Japan only, but Gaga's posted some on her Instagram account (which boasts 4.8 million followers), notably without mentioning they were part of a marketing push (don't try this at home)—which may get her in trouble if anyone opts to complain.

Careful witch, I'll put a spell on you. Or maybe I already did.

11 Instagram tools worth your while. If you're looking to improve your Instagram performance, a few handy services can help. Francisco Cardoso's identified 11. A few we like include Gramblr, which lets you upload photos from your computer (provided you have already resized the images to 650x650); Iconosquare (shown below), an analytics tool that tells you what filters work best, top hashtags in use on Insta, and engagement stats, among other things; and Instasize (for iOS or for Android), which lets you redefine your photo size or create collages of multiple photos in the same frame.

Who converts the most B2B customers of them all? An infographic from Implisit presents analysis confirming that employee and customer referrals still convert better than any other channel (3.63%)—twice as much as your website, which came in second place (1.55%). Social media came in third, converting at 1.47%. But for converting opportunities into deals, social came in second to referrals, with a ratio of 68.6% deals made on opportunities. (Referrals got 68.7%.) 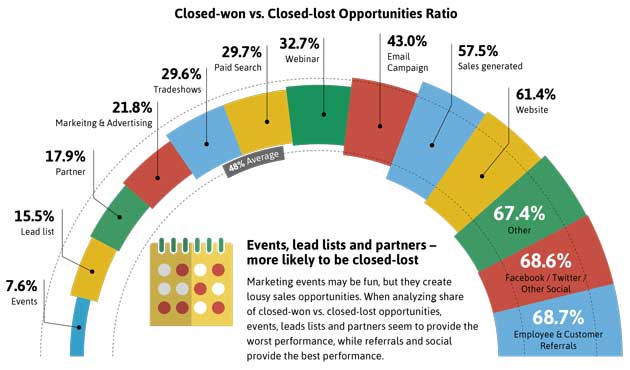 Virgin Atlantic supports your ideas. Gone is the glammy flight crew of yore; the hero in its latest is... You! You're the ultimate ideas guy, who can wow the United Nations with help from a Virgin Clubhouse haircut and an in-flight (fully reclined) nap. Virgin says this represents a renewed focus on customers (and whatever dreams they may have).

Facebook's clocking 1 billion daily video views! 76% of its American users discover videos there, says Facebook, which released new stats about growth in video uploads and views this week. The total number of video posts per users leaped to 75% globally and 94% in the US over the past year, and over 50% of US users who visit Facebook daily watch at least one video per day. If you're doing any video work at all, it pays to be on Facebook (with a media buy, since organic growth has become an oxymoron). 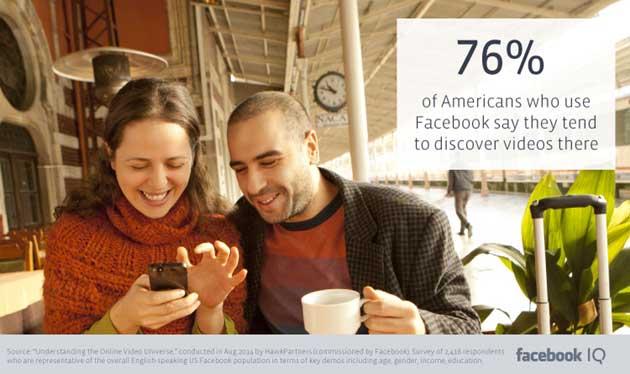 Facebook provides more conversion pixel details. If you're using Facebook conversion pixels to track how well your campaigns are doing, one reader reveals that marketers can now see more data. Before, advertisers could see only when conversion pixels were fired; now they can learn what time the pixel was fired, what the referral was for the pixel, and the device from which it was fired. Time to optimize. 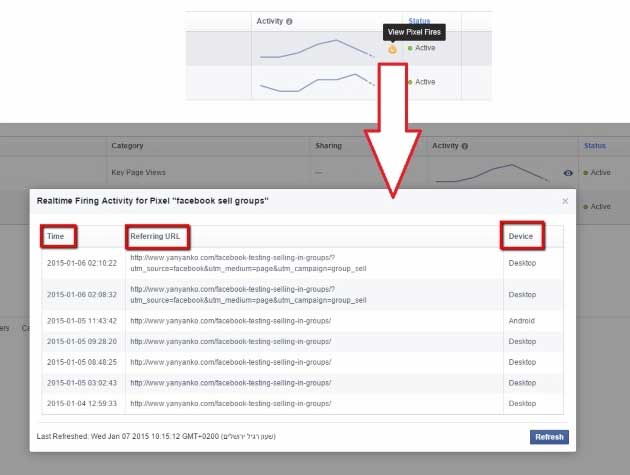 YouTube's going virtual. Ever want the full perspective on what's going on in a video? YouTube is planning an update that will let people upload 360° videos, shot with cameras that capture panoramic footage. Such cameras are especially compatible with virtual reality headsets... which means the capability may be nicely paired with Google Cardboard (shown below), a DIY-inspired virtual reality project (for those who find Oculus too geeky—or not geeky enough). Game on. 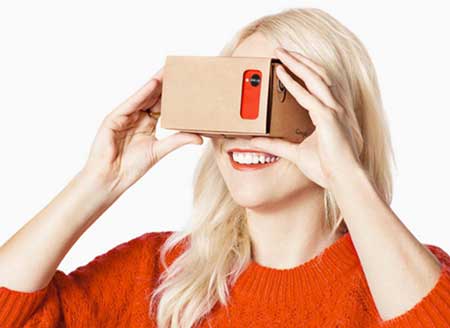 Are people watching your online video ads? Later this year, Google will start tracking online video ads that play for a minimum of two seconds and are at least 50% visible on screens. Reports will be available on DoubleClick. YouTube will also sport viewability reporting, with stats available for ads bought on a reserved basis and for the Google Preferred ad platform. Reports include the average amount of time the ad was viewed, whether users listened to it or muted it, and whether they played it in a different browser tab in the background.

Surprise! Snapchat finds users love its ads. If you want to hit college students on phones, Snapchat may be your best bet. A Millward Brown Digital study, commissioned by Snapchat, finds that users enjoy its ads: Its "Brand Story" ad unit, a click-to-watch, 20-second video that appears in people's feeds, was liked by 44% of respondents. But an "Our Story" post, which features curated pictures or videos about an event, combined in a single long post, was liked by 60% of respondents (higher than the 17% of Americans who like regular smartphone ads). Those who saw Snapchat's first-ever ad, a "Brand Story" unit for Universal Pictures' "Ouija" (shown below), were 13% more likely to buy movie tickets on opening weekend.

If you need inspiration, Digiday's got a list of the best brand advertising on Snapchat so far, headed by the latest from McDonald's "Choose Lovin'" campaign. Here's the full-length version (it appears in a 15-second version on the platform):

The latest on Pinterest analytics and engaging followers. CMSWire's got a breakdown on how to make Pinterest engagement richer, including tips on how to examine repins, and research follower interests using Pinterest's analytics dashboard. There, engagement metrics are displayed for your Pinterest profile, your audience, and for any activity coming from your website. Different dashboards let you see which images get pinned, but pay special attention to search queries: They show how your pictures, and your brand, get discovered. 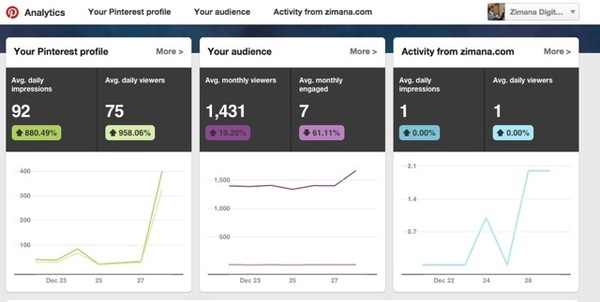 Vimeo on Demand: Revamped. Vimeo's updated the look of its On Demand pages. They also include new features, including a better commenting system and fully responsive design, which means the page will adapt to whatever type of screen your customers view your content on. Coupled with the ability to stream (and thus sell) high-def content, the underdog video site may prove a great asset if you've got a nicely-produced Web series to market. 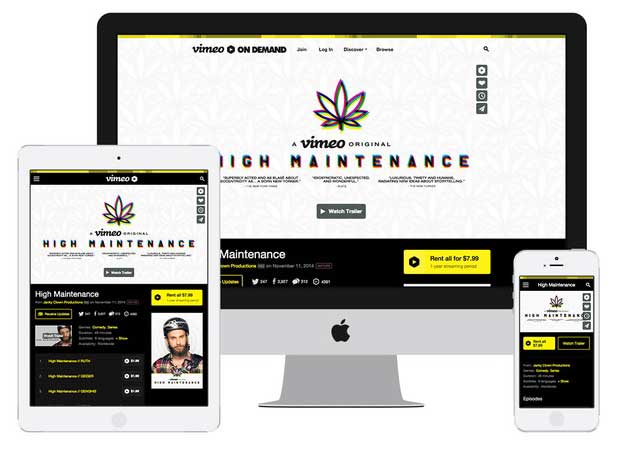 The best times to post on Facebook, Twitter, Instagram, and more. It's all in a handy (and super-long) infographic from Quicksprout. Facebook's juiciest days are Thursday and Friday in the early afternoon, with "happiness" spiking by 10% for Fridays. (Industries vary, and you should also check your Facebook analytics to see what days work best for you.) 1 PM is the sweet spot for shares. Top tweet days? Weekdays if you're B2B (14% better-performing than weekends); if you're B2C, focus on weekends (when engagement is 17% higher) and Wednesdays. LinkedIn's best days are Tuesday, Wednesday, and Thursday, with sweet spots happening around business hours: Think 7-8 AM and 5-6 PM. 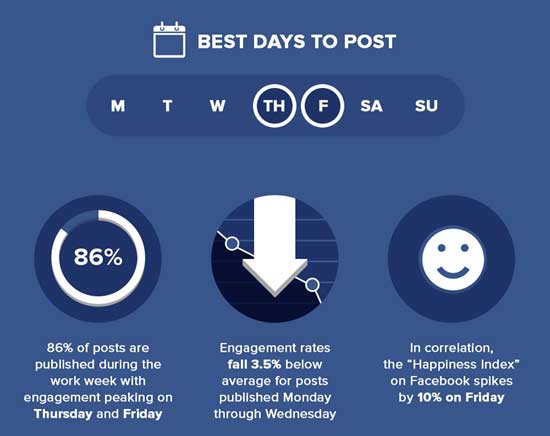 We'll wrap with the biggest news stories of 2014... condensed into a minute of beats-backed GIFs for your viewing pleasure. Moments include the Ebola outbreak... and that one time Kim Kardashian broke the Internet. Enjoy your trip down memory lane—there's plenty to come.