LinkedIn's developing a paid app called Elevate, which suggests relevant articles, then lets you schedule and share them on LinkedIn and Twitter. Other socnets, such as Facebook, will be added over time.

Elevate puts LinkedIn on a Hootsuite-like path, and it may make curating, scheduling, and sharing content feel more natural to employees (because they probably already use LinkedIn, and are comfortable with it, so there isn't the scary social learning curve associated with many social media management tools).

For now, Elevate is in a closed (and paid!) pilot, but it should open by Q3—when you'll also learn how much it costs. Pilot partners include Unilever and Adobe.

In a first for any mainstream political candidate, Hillary Clinton announced plans to run for US president via simultaneous posts across Twitter, YouTube, Facebook, and other social platforms.

An accompanying video depicts everyday Americans of all stripes: It's minority-friendly, woman-friendly, LGBT-friendly, worker-friendly, and family-friendly. The move attempts to show that she'll follow Obama's lead in maintaining strong social ties with Americans once in office (she loves Twitter!).

But as with any statement that generates broad attention, aspects of her social launch are already being picked apart: Her chosen logo's causing sociological conniptions, and the campaign video got flak for the warmly optimistic way it depicts a black couple expecting a baby boy. The reason? It touches a swelling social nerve about the value of young black male lives in America today (#BlackLivesMatter)—without directly acknowledging a problem exists.

I’m running for president. Everyday Americans need a champion. And I want to be that champion. -Hhttps://hillaryclinton.com/join/

To convert logged-out users (and make onboarding a little easier), Twitter's finally released an updated homepage that drives people to content based on what they're interested in.

A super-visual list of categories includes Pop Artists, Business News, Cute Animals, Travel Guides, Airplanes & Hotels, and more. Clicking on one will drive you to a stream of popular tweets on the topic. The new homepage is available only to US users, for now. 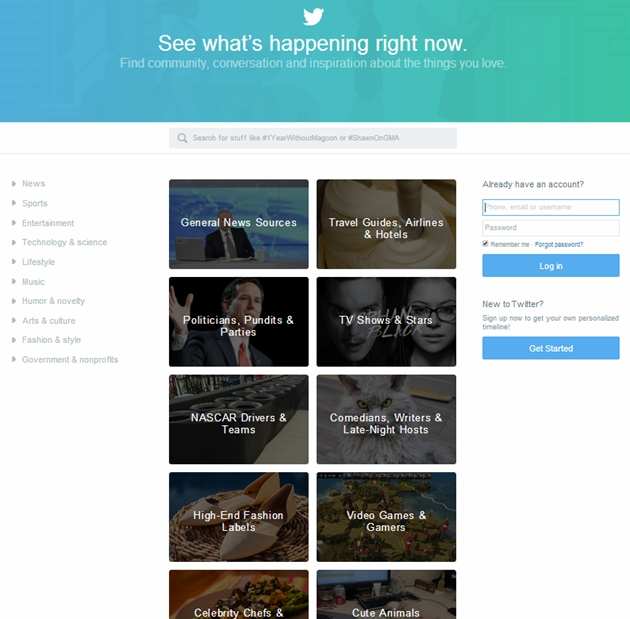 In a bid to attract new and younger donors, and to highlight the lives of the 800,000 Nigerian children who've fled home because of terrorist group Boko Haram, UNICEF partnered with Snapchat artists to create first-person-style children's drawings.

The resulting Snapchat Stories showcase what the affected kids miss most about home. Users can send their own snaps to UNICEF if they'd like to share what they'd miss if they had to flee. 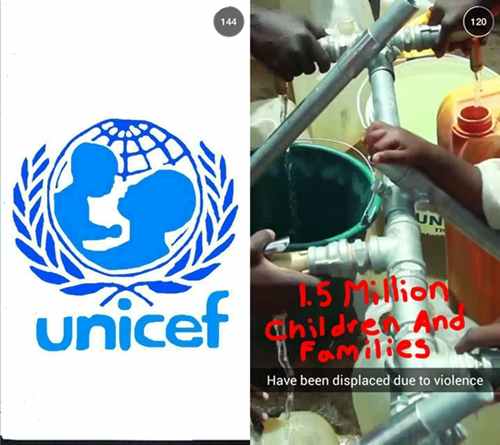 You don't have to wait for the next holiday to jump on a hype wave: Brands rode mass anticipation for season five of Game of Thrones this week.

Just before the show's return (dubbed #ThronesDay), MTV, Comedy Central, Hootsuite, Disqus, Someecards, and others found ways to share in the fandom. Some ways were more brand relevant than others.

Either way, an employee at HBO must sprout wings every time another network endorses it (though, incidentally, GoT was pirated seven million times in the three months before season five even premiered, making it among the most-torrented shows in the past year).

The 'Book is testing a new Trending News section in your News Feed with five new categories: Politics, Business, Science & Technology, Sports, and Entertainment (in addition to the previous 10 categories).

The change makes Trending News easier to navigate (see the current version here), and may also make it a stronger competitor against Twitter by providing the latest news while ensuring a certain well-roundedness (so your social life isn't all about cat photos). 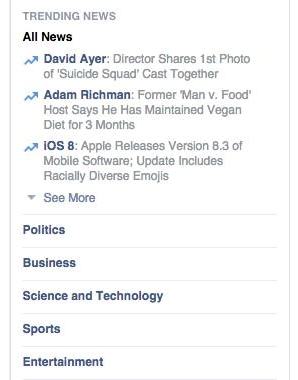 Get it straight from the source. All current third-party Firehose customers will have to make the transition to direct Twitter relationships—likely by mid-August. After that, anyone who uses raw Twitter data for commercial use will be obliged to develop a Twitter relationship directly.

A primer on Firehose: like Twitter's Streaming API, Firehose pushes data to users in real time when you run a search—but shows you 100% of the tweets that match your criteria, no matter how many there are or how far back they go.

Many use it to build products or conduct internal analysis or for other commercial reasons. It costs money, and you could previously buy access through third-party apps, such as Gnip (which Twitter purchased), Datasift, and NTT Data.

7. These stock photos are free (but lunch isn't)

HubSpot analyzed the most frequently searched-for stock photo keywords online, then used its findings to make a set of 100 royalty-free stock photos that you can use in your marketing, divvied by the following categories: office, social media, computer, kitchen, and miscellaneous.

To get them, all you have to do is fill out a form (those clever marketers...).

8. What devices is your demographic using?

A Millward Brown Digital infographic divvies up Millennials, Gen-Xers, and Baby Boomers, then uses clever iconography to show what types of devices each uses most.

Case in point: Boomers are huge Androiders, but Millennials tend to lean more iPhone. You may be surprised what you discover.

Just as Snapchat has done with Stories, Vine's tinkering with ways to create longer narratives out of its six-second videos.

For Coachella, it launched a dedicated channel that follows a "story" created by two popular and experienced users, Devon and Cody. The special playlist jumps from one Vine to the next. It's the first temporary "channel" that Vine's created dedicated to specific individual users. (Guess there's a limit to what you can say in six seconds after all.)

On its special page, you can watch the videos in "TV mode," which lets you scroll through them in full-screen.