Facebook's making native ads easier to customize in third-party apps. Also, we reveal which socnet most job applicants go to when researching companies (hint: it's not LinkedIn), sum up Cinco de Mayo social efforts, and tell you all you need to know about emojis. Skim to stay in the loop.

An easier way to go native: Facebook's launched a new native mobile ad format that makes it easier for businesses to place native-style content in third-party apps in its Audience Network.

All this means your ads will be harder to ignore and easier to cash in on.

1. Why the cereal, Ryan Gosling?

Ryan Gosling is memeing it up with a Vine that features him pouring out cereal and taking a bite. It's been viewed over 34 million times. That may be totally perplexing to the casual observer, but it's actually a tribute to one of the earliest viral stars of Vine, Ryan McHenry, who amassed over 200,000 followers when he started posting six-second clips of Gosling "refusing" to eat spoonfuls of cereal.

Tributes like this demonstrate how even the little nothings we make on social, just for the passion or the fun of it, can touch people in unexpected ways.

Mavrck examined the Facebook activity of Corona, Jose Cuervo, Chi-Chi's, and other Mexican-themed brands to see who won social on this day of ethnic pride.

Taco Bell, which has the most fans, beat the others in People Talking About This, most influential top fans, and overall fan engagement, while Avocados from Mexico enjoyed the highest percentage of engaged fans.

Mavrck says Taco Bell's success stems from actively engaging its most influential fanbase... but we're pretty sure a lot of it had to do with their giving away free biscuit tacos. Live to fight another day.

For more Cinco de Mayo goodness, check out this teeny-weeny infographic on what demographics Tweeted about it.

We saved a free Biscuit Taco just for you. Come over today between 7-11 am.

The company recommends using Twitter for more frequent posting. But if you're committed to Facebook, use interest targeting to ensure you're speaking to the people most primed to listen.

Ever wonder how many emoji there are... or simply what an emoji is? Get your answer in the ultimate handbook. It also reveals which emoji is most popular in the world (the smiley face, followed by the sad face, hearts, and clapping hands), how it can be used as slang, and how brands are using them.

If that isn't advanced enough for you, check out the Instagram Engineering Blog's multipart piece on "emojineering." Basic knowledge of Unicode is required.

Twitter's removed the yellow badge that denotes Promoted Tweets, which makes them look more like normal ones.

Instead of the badge, text at the bottom of a tweet will tell you when the tweet's been promoted—meaning it's that much easier to blend in. (Purple badges for political Promoted Tweets will stay, however, and yellow badges remain for Promoted Trends and Promoted Accounts.)

Below, check out the old version (left) versus the new (right):

A delightful medieval-themed Pinterest infographic by eMerchantBroker and Gryffin breaks down your need-to-knows for pinning dominance. To wit: LL Bean is the most-followed brand with over 5.5 followers (so now you know what you're up against).

But the war's well worth it: Pinterest generates more referral traffic than YouTube, Google+ and LinkedIn combined. 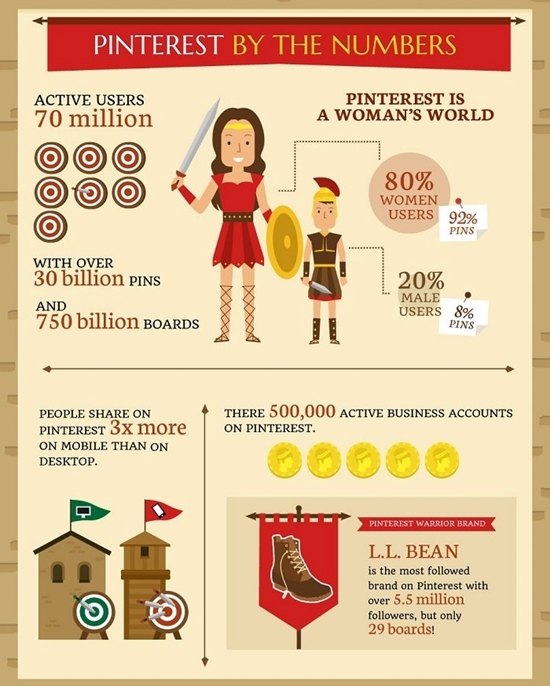 A report by recruiting technology resource Software Advice found that 58% of surveyed job seekers use Twitter while job-hunting. Of those, 76% use it to scope out company profiles (and 55% follow companies), 34% search job-specific hashtags, 34% apply for tweeted openings, and 33% respond to companies and recruiters.

Fortune 500 Twitter profiles that focus on recruitment (like Disney's, below) provide good models for getting people interested: 38% of them actively tweet about available jobs, 17% talk about events, and 13% talk about the work environment and perks. Hashtags help: They appear in 78% of Fortune 500 recruitment-account tweets. 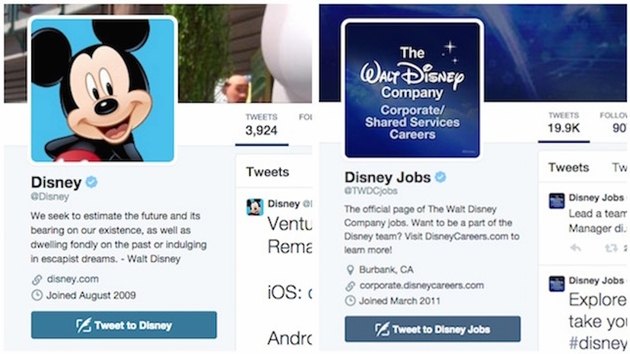 8. We'll wrap with an amazing cover

We don't know when last you listened to—much less watched the video for—Extreme's "More Than Words." But if you need a nostalgic pick-me-up, Jack Black joined forces with The Tonight Show's Jimmy Fallon to recreate it, shot for shot.

It's rich parody (so much hair!), but you can still appreciate the music: Push past the wigs and it's just two talented performers jamming to the song like it deserves.

As Ryan McHenry and Ryan Gosling showed us earlier, sometimes the best parody is sincere appreciation.