Twitter and Google partner up, and Pinterest unleashes a blitz of new ad offerings that grab the eye—and marketing dollars. We'll also tell you about Facebook's possible plans to integrate WhatsApp into your marketing mix, and reveal which socnet CEOs favor. Skim to stay on top!

Pin yourself some cinema. Pinterest's named Tim Kendall its first-ever "general manager of monetization," and he's kicking off with a splash: Get a load of "Cinematic Pins" (shown below)! When users scroll, the Pin moves (GIF-like) at the same speed as the scroller. When scrolling stops, the movement stops too. And new targeting features let you address users by interest, life stage, and persona.

Finally, there's new pricing: "cost-per-engagement" means you pay when a user "signals intent" (repinning, clicking through to the site, or clicking on a pin to view it better). And "cost-per-action" focuses on when somebody actually makes a purchase.

Imagine what you can do with this array of new options, and remember that users come to Pinterest for three future-focused things: discovery, saving for later, and taking action (like clicking through and making a purchase). Lights, camera...

Smile! Your tweet's on Google. Google and Twitter have partnered up! When you run a Google search on your phone, you'll also see relevant tweets, served up in real time.

Those search results will be hugely beneficial for when you're running an on-the-go search for a given trend or hashtag (think #madmen): You'll see both Google search results and the latest on Twitter, meaning you can cut your research time in half.

Googling people will also bring up their latest tweets, provided they're using Twitter under their own names. The feature will roll out in weeks to come.

1. WhatsApp's got a future in lead-gen

Facebook's playing with the idea of enabling businesses to contact users through WhatsApp for a fee.

WhatsApp sports 800 million users, not far from the 1B level Mark Zuckerberg indicated would make it a meaningful business. And usership will grow: It's a popular alternative for people looking to avoid data charges for texts. Watch this space.

Google reports there's a growing demand for how-to videos on YouTube: Many of its most popular channels are tutorial and how-to based.

The hungriest age group is Millennials: 67% agree they can find a YouTube video for anything they want to learn, and nearly 3 million have made a purchase after watching a tutorial. It's also great mobile bait: 91% of mobile users check YouTube for inspiration while working on projects.

So if you're looking for an authority-building and engagement opportunity, consider going into teaching (via YouTube, that is). While considering your options, here's a lesson on how to cut cherry tomatoes (9 million views and counting).

3. How do small businesses use social?

Nearly half (47%) of SMBs aren't social media-active, and 25% are unlikely to use social in the future, says research firm Clutch. Despite that, 38% of respondents expect to spend more employee time on social this year, and 30% expect an increase on social media ad spend this year, while 25% expect it to remain flat. Those stats and more in this action-packed infographic: 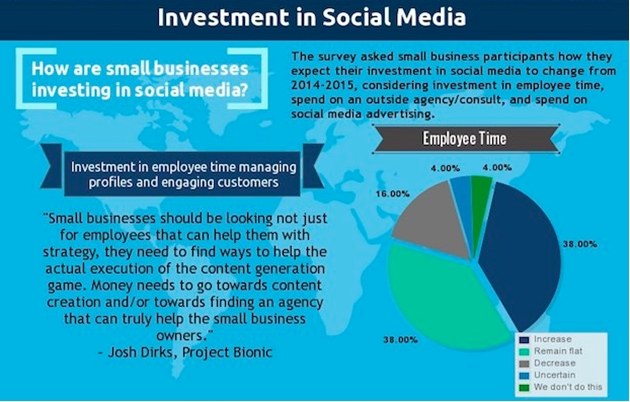 Twitter's rolling out a new search results interface that includes more images and enhanced filtering. Important tweets, images, and accounts related to your queries will be highlighted.

Toggle between "top" tweets from prominent accounts (or just most-retweeted tweets), and "live" tweets—giving you the real-time scoop. The advanced search option hasn't changed: It still lets you filter tweets by location, date range, and positive, negative, or interrogative tweets. 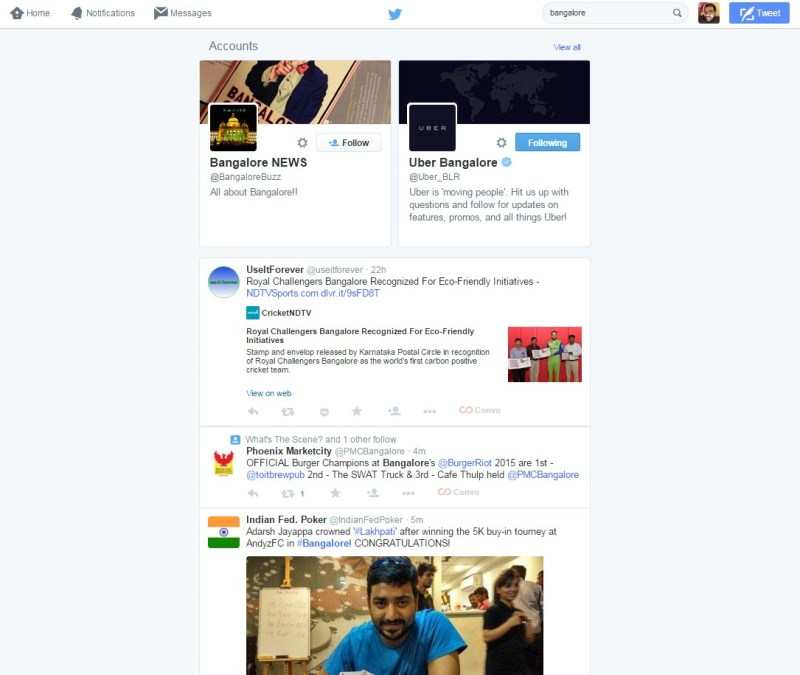 5. Spotify: The soundtrack to your life

The music streaming service is introducing new media types, like podcasts, news, and videos from partners like Vice and Comedy Central, as well as more personalized playlists.

The logic: "Music is moving away from genres," said founder Daniel Ek. "People don't search for Hip Hop or Country anymore, but... around activities or a particular experience."

In the future, Spotify will take into account what you've listened to in the past, who you are, and time of day—so if you're a runner, for example, and you favor particular playlists when running, it'll serve them up around run time.

Since people using Spotify for free are served ads every thirty minutes or so, this tighter targeting favors brands looking to make a moment-based impact.

A Weber Shandwick study of CEOs from the world's 50 most lucrative companies finds that CEOs use Twitter and LinkedIn more often, but are "meh" on Facebook.

On the other hand, no CEO has an active and public Facebook page, whereas in 2012 10% of them were using it. Still, put this data in context: Only 28% of CEOs have a public social media account (up from 18% three years ago, to be fair). 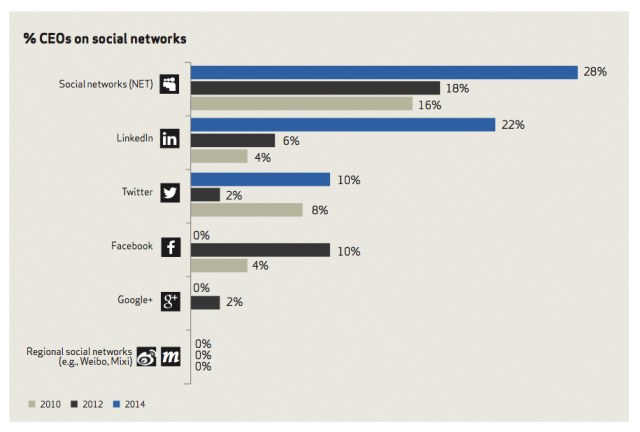 7. Is LinkedIn worth spending money on?

One programmatic expert says no. While marketers are stoked about LinkedIn's digital ad network launch, a closed-network approach may not serve it as well as it hopes.

"Open systems have unlimited reach," John Morris argues. "Closed systems trade unlimited reach for a walled garden, on the theory that what grows inside the garden will be of a higher quality and produce a better yield." Unfortunately, research has found that open tech always wins in the long run.

Read the full article for the complete manifesto, plus some practical examples.

Research says no. A Komfo infographic, examining the fallout on Brand Pages after Facebook removed deactivated and memorial accounts from Like counts, finds that most pages' Likes fell 3.3%.

Put in context: across 3,500 brand pages, a total of just 7,705,248 fans were lost. Reach and engagement were not significantly affected. 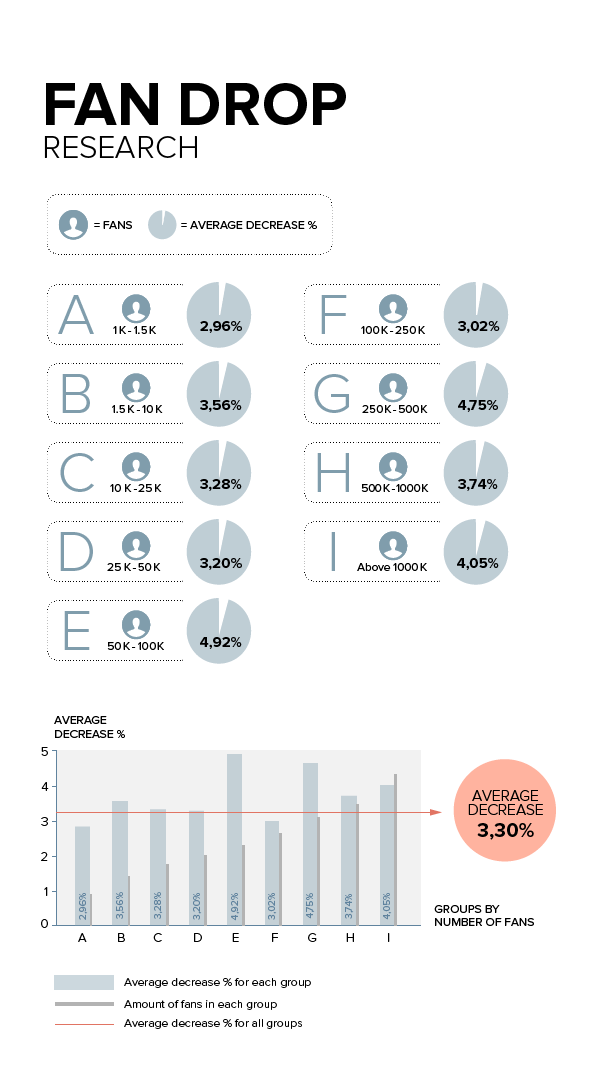 Facebook's talking to developers about creating in-Messenger games that would live inside its app store. It's an interesting idea that would drive people to spend more time inside Messenger, where many increasingly flock already as social relationships become more private and selective. Zynga can breathe a sigh of relief.

In February, Google launched YouTube Kids, an iOS/Android app for people who'd like a more wholesome video experience for their wee ones. The service caught flak last month because of its inclusion of ads, and it's back under the spotlight, this time it's accused of being "rife" with unsuitable content, including "explicit sexual language" and "jokes about pedophilia and drug use," and of having failed to screen videos to ensure the platform is safe for small eyes and ears. 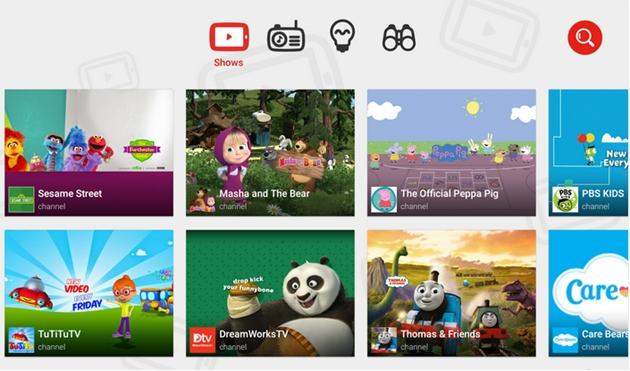 11. We'll wrap with some Twitter-friendly politics

President Obama's finally got his own personal Twitter account, @POTUS, and it's set a world record, hitting 1 million followers in just five hours. Talk about power!

Setting the tone for fun convos to come, @BillClinton responded to Obama's opening Tweet with a question for a certain friend: Does the Twitter name come with the job? Obama's answer was better still: 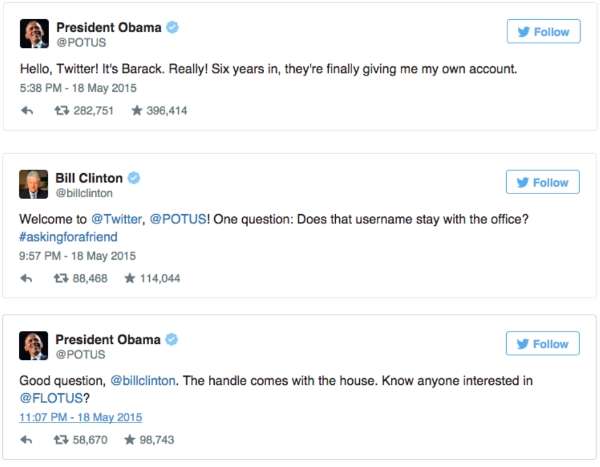