Find out about Google's redesigned Trends, how Twitter autoplay affects advertisers, which ad campaigns might win Lions, how to make millennial- and social-friendly infomercials, and why silent video's making a comeback. Skim to get the scoop!

What's Hot—Right Now. Google Trends got a timely makeover as the need to understand and better use data increases. Now you can explore Trends data in real time across over 100 billion Google searches per month—great for researching the curves of major events.

The homepage will also reflect a ranked, real-time list of trending stories gaining traction on Google right now, which includes data from YouTube and Google News. It's never been easier to ride the wave. 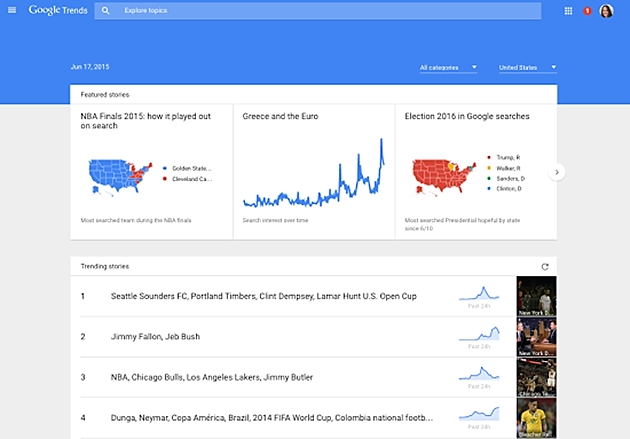 Next week ad land suspends its breath for the Cannes Lions Festival of Creativity, and, like every year, Leo Burnett's trotted out predictions (on Pinterest, no less!) for which campaigns go home with a roar.

For more inspiration, AdWeek's put out its own list, which includes an interactive YouTube campaign by Honda, as well as OK Go's "I Won't Let You Down" featuring Honda UNI-CUBs (shown below, with over 22 million views!).

RecordSetter.com compiled a directory of social media world records—including Most Facebook Statuses Posted in One Minute (Michiel V. with 40 statuses) and Most Vine Videos Created in One Day to Raise Awareness for a Cause (RED), in partnership with Mashable, made 1,659 Vines).

Use the archive for inspiration; a social record-breaker is ambitious, draws attention, and pushes teams to test their creative limits. Think you can do better than a record-holder? Jump on the relevant page to challenge them—or even make a record of your own. Instant indexing!

3. We give you the social infomercial

Fast Company's published a profile of MikMak; the company's app punts a menagerie of—wait for it—infomercials for the modern mobile-shopping set.

Each video is 30-seconds long, packed with color and personality, and flanked by improv actors who specialize in comedy (elements that make video production both cheap and sticky). Users can browse by product, watch videos they like, and purchase directly from the app.

This isn't your mom's QVC; for a sense of its Millennial-friendly vibe, check out this 37-second music video:

From here on out, native videos, GIFs, and Vines on Twitter will autoplay in timelines—first on iOS and the Web, followed by Android.

When users scroll through timelines, videos will play without sound, like on Facebook; clicking on them will activate both full-screen and sound. Videos will also appear in a larger format, which Twitter found improved ad partners' view rates and lowered cost per view rates. Video recall also rose among users.

Speaking of advertising, Twitter's proclaimed that from now on it will charge for views only "when a video is 100% in-view on the user's device, and has been watched for at least 3 seconds." The so-called "100% viewability" standard jibes nicely with autoplay: Per Twitter, brands enjoy a 7x increase in completions of Promoted Videos when they play automatically.

Finally, Twitter is committing to work with third-party verification vendors to improve how they serve sponsored videos to audiences. Watch this space?

5. This is the sound of silent film

Silent autoplay has more significance for your marketing than you think. To this end, Business Insider explored Facebook's decision to leap into silent autoplay videos.

Because videos start silently when you scroll through your feed, they must be appealing and understandable without sound, at least in the first few seconds. This format also lets advertisers create attention-grabbing opportunities with videos that work just as well without sound—for example by including short quick phrases that tell a story instead of using narration, as in the below piece from Vox.

What Charlie Chaplin would have given to have been born a Millennial!

Jonathan Hunt's produced a handy thought piece on how we should think about the video effectiveness. It also cites why the metrics are important, and what challenges you may encounter in tracking them.

One metric is mindshare: Did your work inspire awareness, popularity, and cultural cachet in your target group? Note that measuring mindshare is objective and most often measured by surveys... Unless you want to spend hours analyzing the tone of press and social posts. Metrics such as reach and viewability are also included.

7. AdRoll: Share your data in exchange for new clients

AdRoll, a Facebook Exchange partner, has launched Prospecting, which works alongside its existing Retargeting product to acquire customers more easily.

This is great for B2B clients because it works based on opt-in intent: You opt in to have your behavioral information shared, and in exchange get access to the same data from over 1,000 participating advertisers. You can use that data to find people who behave similarly to your existing customers, and target them directly.

The program is still in US beta, so if you're interested in joining, make a request.

Nearly all small-business software buyers (98%) are shopping for marketing automation software for the first time, per a report from Software Advice, a division of Gartner.

Some 47% of buyers still use manual methods to manage marketing activities, while just 17% use industry-specific software. As for marketing automation software, only 2% are users. Top reasons for making the switch include improved lead management (27%), dissatisfaction with current systems (15%), better or more features (13%), and company growth (10%).

This breakdown shares interesting parallels with the 1989 Stephen Covey classic. A few appetite-whetters: Understand your audience. Are the people whose interactions you want different from those who currently engage? Facebook Insights is your friend! And have a validating sense of social self: Does what you have to say respond to your audience's motivations? What do your posts convey about your users? Also, don't fear failure. Test content types to learn which works best, and what people respond to; the Posts tab in Facebook Insights (shown below) is great for checking. 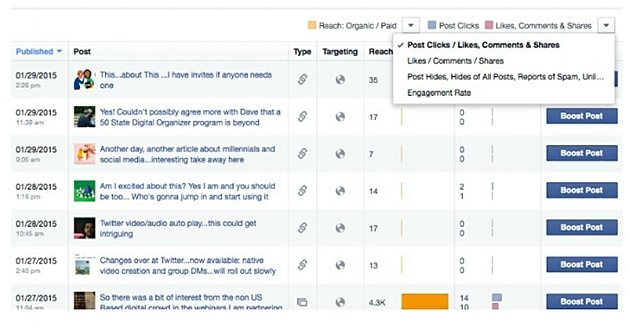 For every set of do's, it's always good to balance with a set of don'ts. And, to start with, don't worry: This isn't a set of embarrassing Twitter blunders. It's a list of common strategic errors that will help you approach social in a way that primes you for success.

A lot will come down to where your core customers are really spending time that's most productive for you (example: Pinterest may not have as many users as Facebook, but if you're an aspirational product that wants to appeal to women, there's no better place).

Now you can use the ephemeral appeal of Snapchat—on Facebook! Facebook's provided tips for enabling posts to "expire," creating a cool way for you to build flash deals that require immediate action. And, yes, you can do it for video too.

Adopt this approach for content custom-made with a short shelf-life in mind. Once they're gone, you can access them in Publishing Tools > Expired Posts. If you delete your videos after they expire, the posts will vanish from your Page, Insights, and anywhere else they were shared.

12. Speaking of ephemeral, Snapchat's cashing in!

10-second ads are raking it in for Snapchat. Anonymous sources claim it's charging marketers $0.02 per view on ads that appear in its Live Stories. So if a story is worth 20 million views, you're looking at ad space that could easily cost $400,000.

The math has motivated Snapchat to invest more on Live Stories: 40 human curators are now working on the team (up from 10 in January), and it's featuring "multiple events per day" versus one or two per week six months ago.

Interestingly, it's bringing in Vevo sales head Luke Kallis to lead its West Coast sales division. His experience at the so-called Hulu for music videos may prove handy.

RBC analyst Mark Mahaney estimates that Instagram could generate at least $2 billion in ad revenue next year—that's 10% of what Wall Street is estimating for all of Facebook's 2016 revenue, and double what Facebook paid for it in 2012.

Of course, all of this rests on how Facebook decides to monetize its prize darling. Different ad formats are being introduced bit by bit (this year it'll open to all advertisers), but it will have to scale up with care: Much of Insta's appeal lies in the feeling people have that it's a personal and creative space. Ad content should reinforce that sensation, especially as it takes up more and more room. 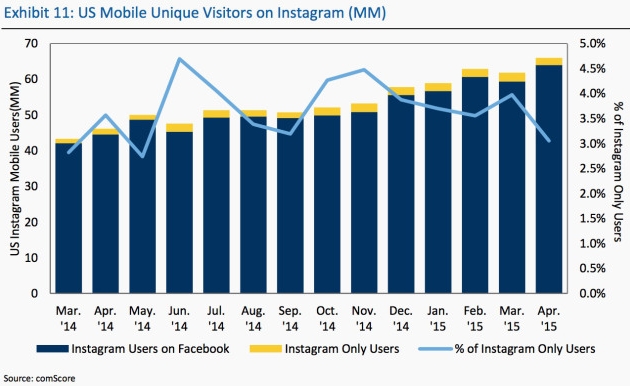 14. We'll wrap with the latest in social platform evolution: gender

Socnets like Facebook, Google+, Pinterest, and OKCupid are increasingly giving users the option to identify as genders beyond male or female. Notably, Ello doesn't ask for gender at all.

Software engineer Tilde Pier at Pinterest explains why this change makes a difference: "The right to self-identify in a way that fits you is a basic human right... Online spaces are particularly important for gender-variant folks... Anything we can do to make Pinterest and other sites a safer space for marginalized groups of people is important."

As your social strategy evolves, consider how the people you're talking to are also evolving. Make sure you're keeping pace.

To that end, we leave you with a Google Business ad—produced for Pride Month—that touches on this very topic in a way that's sensitive, human, and practical: