#SocialSkim: Pinterest the Purchasing Powerhouse, Plus 11 More Stories in This Week's Roundup

Pinterest is gearing up as a significant e-commerce player; we'll show you how to take advantage. Also see how Twitter's making data easier to use in real-time (and how your feed can influence your creativity). And learn how Instagram and Vine are improving their look and feel to stay sticky.

Skim to start your summer social!

Impulse pinning, impulse buying. Pinterest announced the coming arrival of pins with a "Buy It" button, and just in time: People like using Pins to plan purchases, whether for weddings (see No. 1, below), vacations, or DIY projects. Intent is there, and it's strong.

The big blue button lets people purchase within the app. A price filter will help make cost comparisons by pin, and an "options" feature lets users swipe through pins to choose between product variations. Payment can be made via Apple Pay or credit card—info that's stored so customers never have to enter it again.

To activate Buyable Pins, businesses using Shopify can simply log in, add the Pinterest channel, and enable Buyable Pins. Demandware customers will get Buyable Pins in the coming weeks. Say hello to the Pin-based impulse buy.

1. Goin' to the chapel and we're gonna be pinning

Summer is wedding season. To prepare yourself for Buyable Pins, stretch your board-building muscles by helping hopeful wedding planners out on Pinterest.

Jared Del Prete of EGC Group has tips for ensuring your matrimonial pinnables don't go unnoticed: Make images pinnable, use the correct size ratios to ensure image quality (between 2:3 to 1:3.5 with a minimum width of 600 pixels), and boost your work with some handy-dandy self-service advertising. 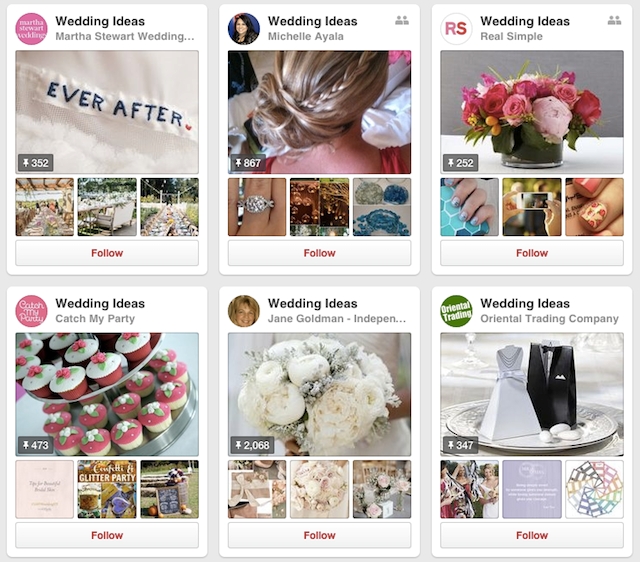 Instagram's also testing ads that let people click to buy a product or install an app. It also plans to open to all advertisers this year, letting them target its 300 million users based on interest, age, gender, and other factors.

Experts say if Instagram's audience filtering features are as granular as parent company Facebook's, it's just a question of time before the social photo-sharing site becomes a thriving e-commerce hive.

Some aren't convinced Insta will be the retail haven that Pinterest will be. Its users "are generally in a place of inspiration and discovery," said DigitasLBi's Jill Sherman. "Purchase behavior will likely be impulsive, so scarcity—like limited time and quantity—will be necessary to capitalize on this audience at first."

To prep, learn to up your Instagram game (complete with totally theft-worthy ideas!)—just in time for Instagram's flatter and less-cluttered redesign (meaning your pictures will pop in ways they never have before).

3. Say goodbye to a classic villain

Sir Christopher Lee passed on at age 93. You may remember his terrifying turn as Count Dracula (though younger readers will better recognize him as Saruman from Lord of the Rings). Social users are bereft.

Our advice for whenever a major passing occurs: Employees can mourn openly on personal accounts; the brand can pay respects if the gesture feels authentic. But please don't attach a logo, tagline, or a product/service tie-in or mention to the act.

RIP Christopher Lee. The last of a truly classic breed of horror greats. He will never be matched. pic.twitter.com/eNkhKdb5YE

The best time to connect with a customer is often while they're in the store. Facebook's Place Tips, launched in test mode early this year, helps people learn more about the places and businesses they're visiting on their phones (for example, a restaurant can share its signature dishes or cocktails). Local businesses that tried it saw an uptick in Page traffic from in-store users.

As of this week, Facebook's opening Place Tips to everyone. To activate yours, request a Facebook Bluetooth Beacon.

Pro-tip: Make your Place Tip more memorable by adding a welcome note with a promotion!

In somewhat related news, Tealium data reveals that brands increasingly see Facebook as an advertising partner... and it's moving in on Google territory.

Twitter's introducing Heron, a Storm replacement that's equipped to better support Twitter's huge analytics and activity load—without so much as a burp.

The more robust system makes it possible to provide real-time analytics, up to billions of events per minute with "sub-second latency," so it won't freeze up if there's a major event going down. The result: better developer productivity, better overall performance, and more current analytics for you!

Overwhelmed? SocialBro provides details on how to read Twitter data to meet objectives.

6. Save time with social templates

Three of our favorites are the 15-minute social media audit, the Tweet headline formula template, and the editorial calendar publishing schedule. 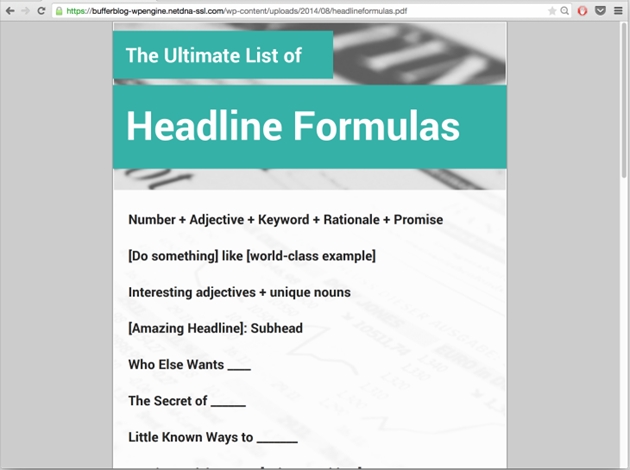 7. Too many tweets? Never lose the plot again...

Twitter's made it easier to follow and read ongoing conversations in its timeline. Conversations will be grouped together, with the most "interesting" exchanges highlighted just below.

Use it for ongoing news about an app update, or to follow a Q&A with a celeb. The feature's already begun to roll out among desktop users; the mobile version will come later. 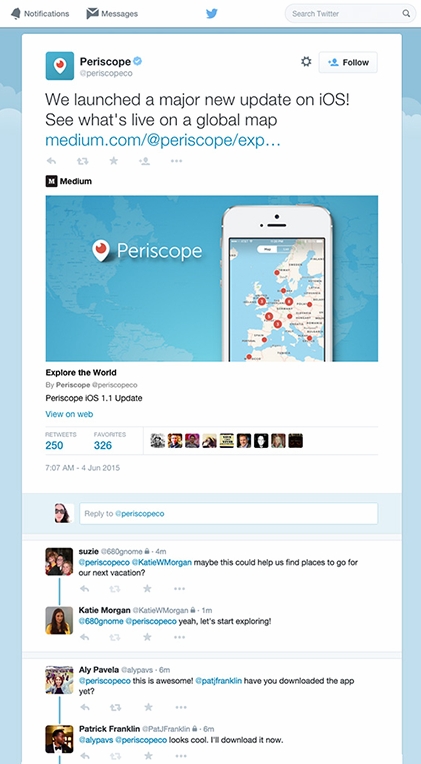 Research finds that employees with a diverse Twitter network generate better ideas than those with homogenous networks.

"Diverse" networks are defined as networks that expose users to ideas they don't already know, which means Twitter is great for cross-pollenating innovation between sectors. The more diverse a person's network, the more likely she is to be innovative.

The phenomenon was compared to Steve Jobs' approach: As CEO of Pixar, he insisted that the building be constructed in a way that forces staff to mingle and mix with people from other departments.

Hello, serendipity! And think how much funner your feed will be when it's not crammed with SEO tips.

We weren't all born Ansel Adams, but that doesn't mean we can't share glorious views worth panning over. To activate Twitter's new landscape mode on your phone, click on the feature that lets you add a photo to your post. Then hit the camera icon and click the red video button. Turn your phone sideways and start shooting!

New! Capture, share and expand your view of the world with landscape video on Twitter: https://t.co/BGLNEWaCjI pic.twitter.com/tZoZaJliiw

A much-needed search update makes it simpler to find inspiring Vine content to fuel your creative juices. Now, when you hit the Explore tab and enter a search term, you'll have the option to watch top posts or recent ones in addition to related people and tags.

Expect the rollout in coming weeks for iOS; Android might need a longer wait.

11. We'll wrap with something inspirational

HSBC's "Lift" ad follows a young company founder over the course of 40 years... without ever leaving an elevator. Set to a pretty tune by Yann Tiersen, you'll find it hard not to identify with his ups and downs; even in digital, starting a company requires personal sacrifice, crazy hope, and a lot of love.

If you're a period costuming fan, you'll love how the clothing, settings, and even the man change as the ad draws to its emotional close, leaving us with the following words: "It's never just business." A nice reminder of what matters when trying to approach people on social—which is all about expressing the human side of your company.