This week we'll introduce you to Snapchat's 3V ad model, where to buy 360° VR-friendly images, a better way to track social ROI via Google, and a Twitter offering that highlights products and places (and how to buy or book them). Skim to stay connected.

The future of mobile video is vertical. Snapchat's going hard on video: Its 100 million active users now consume over 2 billion daily. So it's launched a new ad format called 3V, which stands for Vertical Video Views.

The format will appear as vertical videos (an especially mobile-friendly format that Snapchat's coined) that appear in full screen to ensure 100% viewability. Because CEO Evan Spiegel knows pre-rolls are "annoying," 3V ads will appear among premium content in its Discover platform as well as within Snapchat's curated content.

And to ensure brands get creative help in building native content (not necessarily limited to Snapchat), it's partnered with the Daily Mail and WPP to launch a digital content agency called Truffle Pig.

1. It's never been easier to produce a cool video

A new app takes the Final Cut agony out of producing a super-short, snappy, and shareable video. Nutshell's model is genius: It asks you to shoot three photos—except that it's also recording everything that happens between them. The video is ready, but the photos become a focal point that you can jump to for quick editing. Add animations and text in a snap, then share the results across your socnets. Better yet? The format is vertical, making it mobile (and Snapchat) friendly.

2. Facebook: the future of mobile ads is image-rich and 360°

Say goodbye to boring images and basic autoplay. Facebook used the Cannes Lions to share its vision of mobile advertising's future: Instead of static images, users will be able to scroll through high-density images or GIFs. It's also using 3D modeling to provide 360° views of items when people drag their finger across the screen.

The result? A more engagement-friendly Facebook presence, and a beautiful way to set yourself apart. These offerings are still in concept mode, so watch this space.

Getty Images is now selling 360° imagery, made especially for the Oculus platform owned by Facebook. Images include high-profile news, sports, and entertainment events, including the 2014 FIFA World Cup and the Cannes Film Festival. Find them at the Oculus 360 Photos app in the Oculus store.

Snapchat's partnered with shopping search engine Shopstyle for an interesting e-commerce experiment. Five style bloggers are joining ShopStyle and online retailer FarFetch to promote their outfits on Snapchat stories. When people watch them, they'll be driven to a "Shop Snapchat" store on ShopStyle's site.

The benefit? Because Snapchat's more casual than other platforms, influencers have more human, relatable faces there—and that may trigger faster conversions. It's hardly a Buy Now button, but Snapchat's on its way. 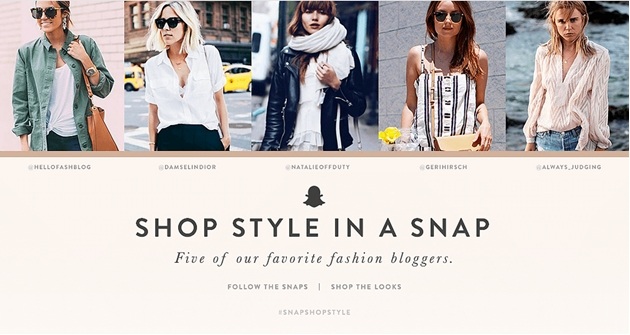 From one dashboard, see which socnets actually bring you the most practical benefits on a super-granular level. To take advantage, join Google Analytics, verify ownership of your sites, add www and non-www variants, then activate the demographic and social tools.

You'll soon start getting metrics like which socnet is generating the most conversion, who spends more time on your site, how much traffic comes from paid ads and content versus earned media, and so much more. Why wait for an agency to tell you? 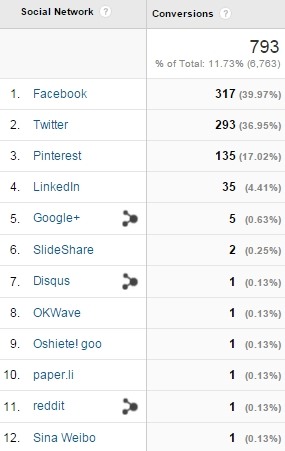 Now it's easier to discover, research, and convert on products and places on Twitter: The company's launched dedicated pages for each, featuring images and video about products alongside descriptions, prices, and options to buy, book or visit the website for more information.

The product's still in beta mode, and it's working with select influencers and brands. A list of them is here. 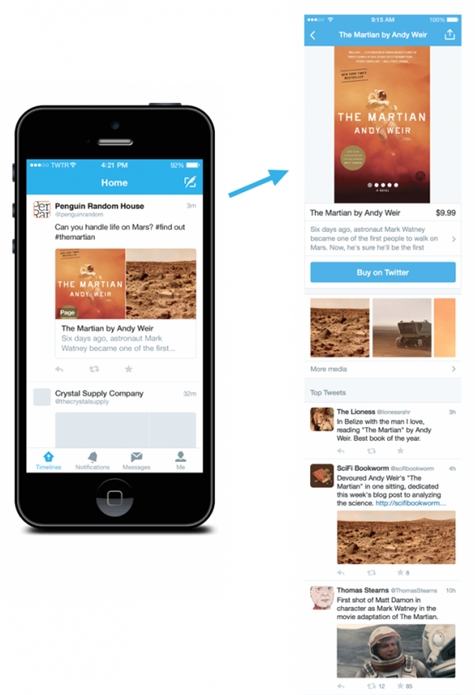 GWI points to the last behavior and notes its presence in the top 5 is "very much in line with the move toward more passive forms of networking on Facebook." The interest for marketers is that visible Facebook activity doesn't tell a complete story about your ad conversion probability; passive users are still very present and able to respond to ads. 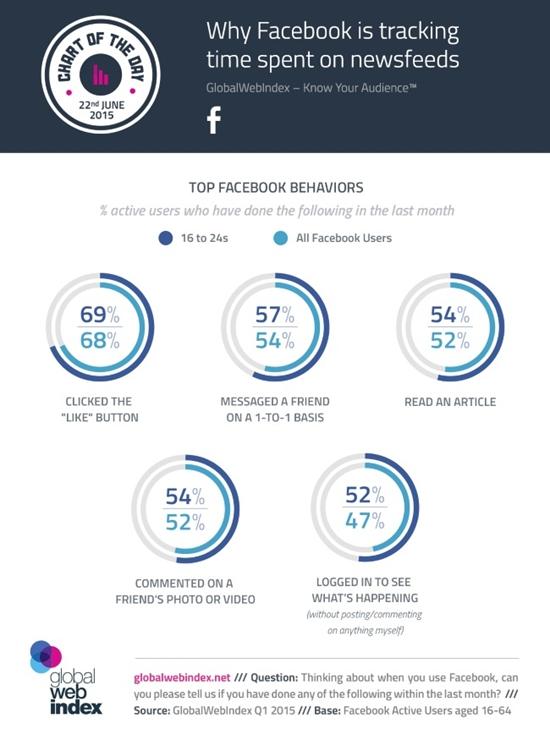 8. Where the teens are hanging out

Digiday's compiled a list of seven apps with huge teen fanbases that brands should keep on their radar—especially because there's little brand penetration so far.

Among our favorites are Dubsmash, a lip-syncing app that's been downloaded over 50 million times since its November launch, and the hashtag-searchable Popkey, which lets users send pop culture GIFs in their messages. (Starbucks has already created 21 branded GIFs just for Popkey.) 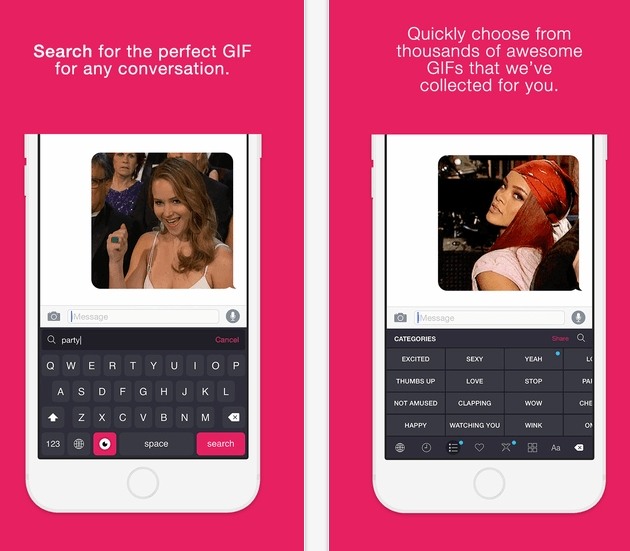 Below, an equation for measuring content backlog. If your result is less than one, visitors want more content from you. If it's more than one, you're producing content too fast for people to consume it. And if it's a perfect 1, pat yourself on the back—your production is just right.

See the article for a description of the variables.

You read that right. Instagram's latest update makes it easier to search for specific images, discover new ones, and check out trending tags and places. Users can search for images by location, people, and tags. And a new "Explore" page for US users will show what tags—and what places—are trending right now.

Trends will be both local and global, giving you a full glimpse of what the world in social photography looks like right now. 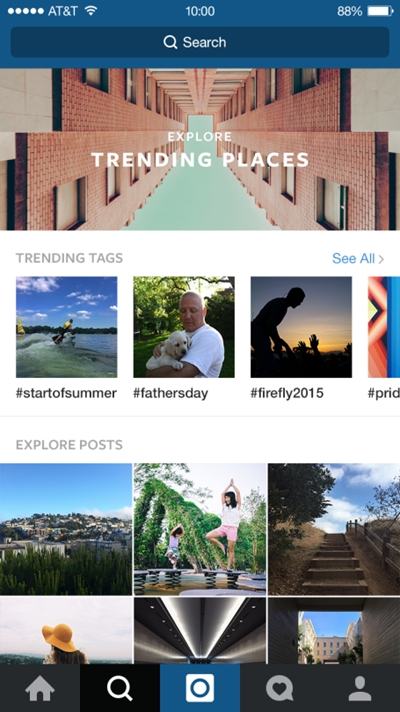 A belated Happy Fathers Day to dads, father figures, and mentors. In recognition of your impact, we give you this ad from UK detergent brand's Fairy Non Bio, which showcases the importance of hugging while breaking down a less-discussed gender stereotype: The idea that young men don't want or need physical affection from their dads. #NeverStopHugging!

The ad was created by Leo Burnett London and Holler, part of the latter's team worked on Always' #LikeAGirl , slated to win many a Lion at the Cannes Festival of Creativity this week (it already won big in the Facebook Awards).