#SocialSkim: How the #ParisAttacks Played Out on Social, Plus 13 More Stories in This Week's Roundup

It was a rough week the world over.

Read about the unique role Facebook played in the aftermath of the Paris attacks and its plans to build a nonprofit competitor to Kickstarter. Also: Google is building a programmatic ad sales tool for native and mobile video, and consumers rank the social ads they consider the most effective.

Skim for the latest.

People often decry social media for its superficiality, triviality, and insincerity. Sometimes, though, it can be the most important tool in our lives. When darkness enveloped Paris last week, social was a source of critical information and comfort for millions.

Facebook's Safety Check, which asks users in the area affected by a crisis to label themselves "safe," alerted over 360 million family and friends within the first 24 hours following the attacks. Twitter also became a source of refuge for those in the city, with Parisians using hashtag "#PorteOuverte" ("open door") to identify homes and businesses for people to take shelter in. It was used over 400,000 times in just a handful of hours.

Some questioned Facebook's decision to activate Safety Check during the Paris attacks but not for the previous day's double suicide bombing in Beirut. The social giant acknowledged the discrepancy and said the tool will be more widely employed. Case in point: it was activated later this week for the Nigeria bombings.

In a limited French market test, Facebook activated Snapchat-style disappearing messages over the course of one day. Users saw an hourglass icon in their Messenger app to toggle the feature on and off. No word yet on its success, but Facebook may expand testing to more regions. 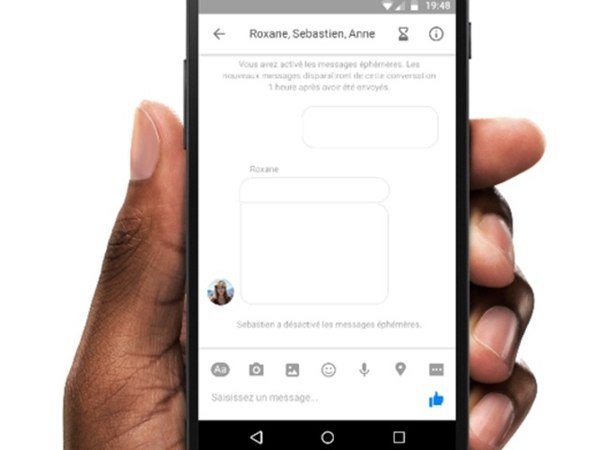 In yet another bid to become the Internet, Facebook quietly introduced a new tool to help nonprofits raise money for social causes and disaster relief. The fundraising app, which lets nonprofits create campaign pages for donations directly on the platform, is being tested with 37 partner organizations.

Considering Facebook's foray into mobile commerce—and the fact that an enormous percentage of Kickstarter and Indiegogo traffic comes social networks—expect Facebook to expand this new capability beyond the nonprofit world. 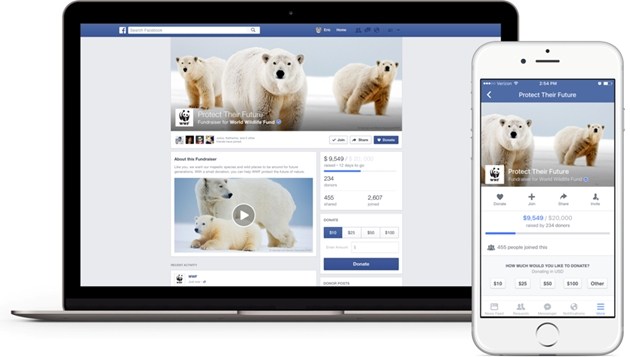 In a win-win for both tech players, Google reached a deal with Facebook that lets the former index and display public profiles, pages, groups, and events in search results on Android mobile devices. Users will be redirected to the selected content on Facebook's mobile app, giving people another reason to use Google, and increasing time spent on Facebook's mobile app.

The move comes as Google touts the success of its "deep linking" process, which makes apps searchable in a way that takes users to specific content within a mobile application rather than just opening the app. Expect more such deals as the battle for ad dollars and video views intensifies.

Google+ has a new look. The social network everyone loves to scorn hinted earlier this year that Plus would focus more on uniting people based on interest. The new design—currently opt-in only—is the fruit of that strategy.

The refinements put Google+'s Communities and Collections front and center, and boasts a rebuilt, streamlined look across mobile and desktop.

Following in the footsteps of programmatic pioneer eBay, the change will increase engagement and deliver more immersive ads to the right people at the right time. Plans for the system include allowing buyers to purchase ads to run across multiple screens, rather than buying website and app inventory separately.

6. Which social ads work? Which are most disruptive? Users weigh in.

The Siegel+Gale Simplicity Index has something to say: Simplicity is important to brand success. Its study ranks social platform ads by perceived complexity (Instagram is seen as the most simple; LinkedIn the most complex), and tells us where consumers find ads most disruptive. 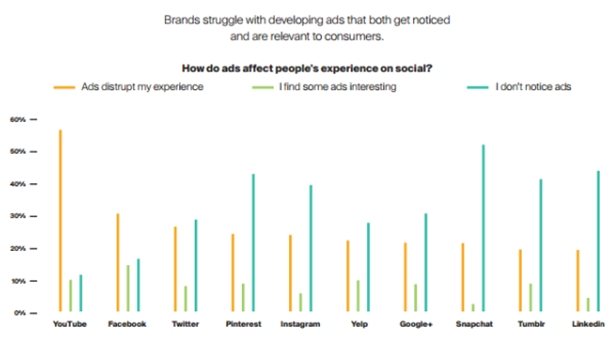 One of the biggest challenges of paid social media advertising is measuring effectiveness. A recent study by IZEA suggests that might change: 52% of companies surveyed have a sponsored social budget—and all of them place social ads in the top three most effective marketing investments they've made.

Another tidbit: many consumers surveyed say social ads are as effective as TV ads. Skim the findings to see how marketers—and the public—are getting more comfortable with social ads. 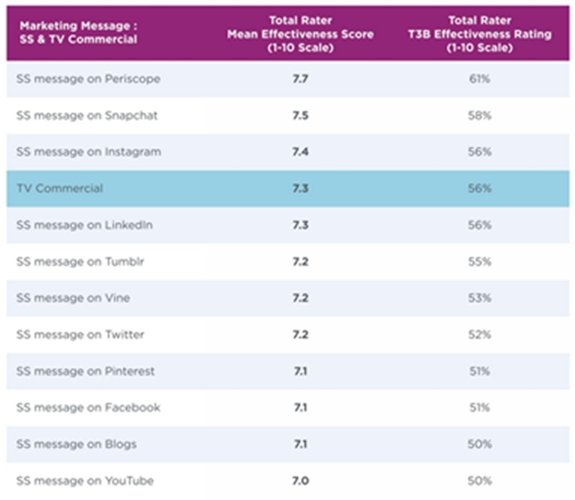 After Twitter rolled out polls last month, a source for The Next Web says Twitter is testing an expanded, multi-day version of the feature that allows for more answer choices and longer-lasting polls. No official word from Twitter yet, but the update would be a welcomed change for users, who are currently limited to 24-hour polls with two answer choices. 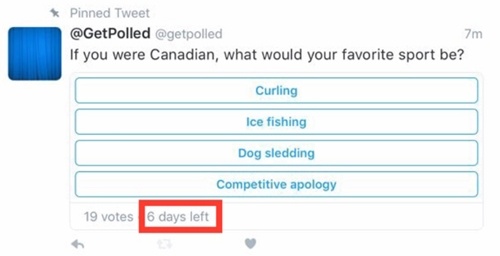 Some 46% of an average consumer's shopping this holiday season will be done online, so it's no surprise that entrepreneurs need new ways to sell on the Web. Hoping to tap into the $100 billion market for used items, small-business e-commerce savior Shopify introduced a standalone app to help people list and buy old stuff like never before.

Dubbed Sello, the Instagram-esque interface lets users post goods without a listing fee and share them on social. Sello takes a 3% transaction fee if the item sells. Aside from stiff competition in today's sharing economy, the app faces other challenges—a major one being its lack of search or discovery capabilities. 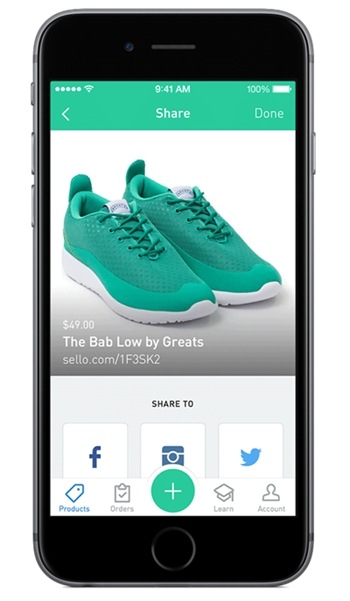 Snapchat's launched an in-app store that lets people buy Lenses—new filters introduced in September and currently available only in the US, Canada, Australia, Saudi Arabia, the UK, Brazil, and a few other European countries. The company plans to expand support so users worldwide can permanently vomit rainbows and transform their eyes into hearts. 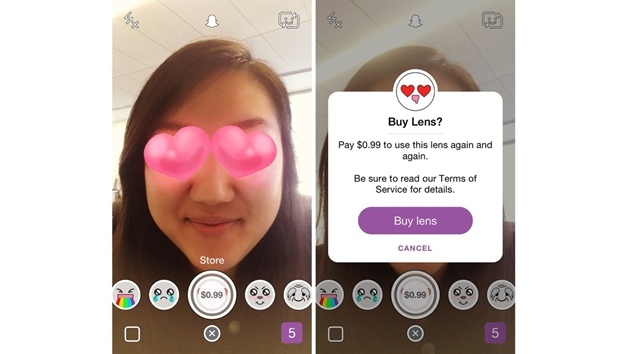 11. Eight steps to creating and documenting a content marketing strategy 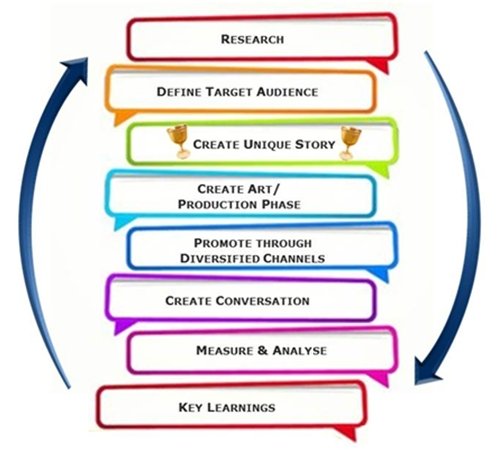 To alleviate the effects of ad-blocking, Tipsy now lets readers make monetary contributions to websites in the amount they choose, rather than signing up for subscriptions. The core belief behind the Chrome extension is that people aren't freeloaders: They'll gladly support the websites they read if they can avoid expensive commitments and disruptive advertising.

Users can indicate the desired rate per minute/hour/day/week or month spent browsing a site they'd like to contribute to. Tipsy's activity log shows how much time they spent there and lets them customize how much they'd like to give. Tipsy won't take a cut of publisher revenue, but only sites that have enabled Tipsy can receive money (only ProPublica has so far), so its next step is onboarding readers and publishers.

13. We'll wrap with something that unites and inspires

After hearing news of the devastating attacks in Paris, French graphic designer Jean Jullien did what he knows best—he sketched. The hand-drawn design, the result of a gut reaction, came to define the desire for peace in a dark moment, paying homage to victims and unifying the world.

Beauty can emerge from tragedy. And the attacks that left us in shock one week ago today led to other social-shared art that can also play a role in healing hearts and minds. 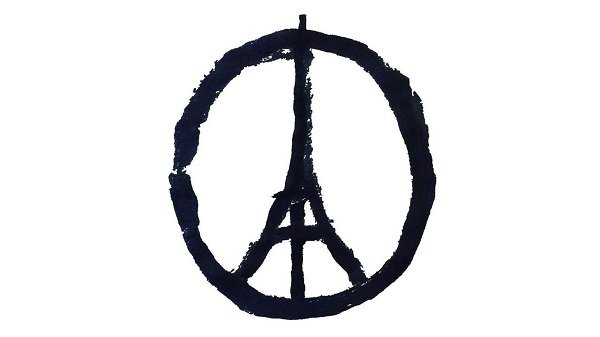