#SocialSkim: Facebook Messenger for In-Store Payments? Plus 13 More Stories in This Week's Roundup

We'll also get you the latest on Instagram's new video length limit and YouTube's plans to take on livestreaming; and we'll share some not-to-be-missed tips for Facebook video marketing and Pinterest Promoted Pins. Skim to stay socially stimulated!

The Information took a deeper look at Messenger's code, which revealed that the social giant might be readying itself to take on Apple Pay and other mobile payment players by letting users pay for goods and services at brick-and-mortar stores via the app.

It's clear that Facebook wants Messenger to play a bigger role in people's daily lives; but as the source of this information comes via code and not press release, we'll have to wait and see exactly how Facebook would integrate such a payment feature. Regardless, it's clear Messenger is here to stay and could play a big role for brands...

60-second videos were already available to some advertisers, but the capability began expanding to all users this week as Facebook's Instagram positions itself as more of a video-sharing channel. iOS users will also get an additional feature, which lets them stitch together multiple videos from their camera rolls into one.

The increase—available to all users in the next few months—seems common-sense today, particularly when the app is claiming a 40% increase in video engagement in the past six months!

This week's year-in-the-making Snapchat update brings some major changes, enabling users to effortlessly switch among a variety of mediums, depending on what they want to show or tell, and likely positions the app to compete with the Facebook Messengers of the world as they become more feature-rich. Among the new capabilities:

In true Snapchat style, the features are somewhat difficult to navigate, but the team included a new Story to help users learn the basics.

The changes make the medium more human, encourage more engagement, and spell out more ways for brands to interact with consumers should that be the future of the platform. Stay tuned, Snappers!

YouTube Connect will be Google's standalone livestreaming app meant to take advantage of the growing popularity of live video. Expected to debut on celebrity accounts, Connect will have tagging and chat features, and a news feed filled with videos from friends and brands a user has subscribed to.

Considering Facebook's and Periscope's success, it's no surprise that Google wants to get into the game. However, the app won't integrate with Facebook or Twitter, meaning discoverability could prove to be Google's Achilles heel, since the former two push content to users and the latter asks them to seek the content they want via search.

4. Tumblr wants to bring the conversation back to itself

The Yahoo-owned blogging platform pulled its Replies feature several months ago, leading to discontent among users who didn't want to commit to private conversations with the platform's newly introduced instant messaging.

Replies are back and even better now, and they allow authors to respond to their own posts, let users reply multiple times, and enable replies on reblogs rather than on just original posts.

Tumblr also reorganized the Notes section, rolling up Likes and Reblogs without commentary at the top in a single line, and leaving Replies and Reblogs with comments displayed vertically. The retooling of both features should make Tumblr more conversational for brands and users, and hopefully make it easier to read and converse.

Within one year, the livestreaming app has gone from small startup to Twitter-acquired powerhouse with 200 million broadcasts logged and 110 years' worth of live video viewed every day. Even more stunning: half of those broadcasts occurred in just the past two months!

The numbers are impressive, but the Twitter-owned app faces a significant threat from Facebook Live as the battle to become the go-to platform for livestreaming rages.

More details emerged this week about Facebook's plan to bring live TV to users, with reports that the company developed equipment for major publishers to integrate into their control rooms.

The tech will lead to a more polished TV look with multiple cameras and remote segments, which could pave the path toward Facebook-only, TV-quality broadcasts from publishers.

Facebook Live has been a valuable tool for smaller publishers due to its wide reach and the limited resources required (often, just a smartphone). As the format develops, B2B brands should think about how to incorporate livestreaming, whether through webinars that build awareness and engagement, or entertaining and informative content that drives users down the purchasing funnel. 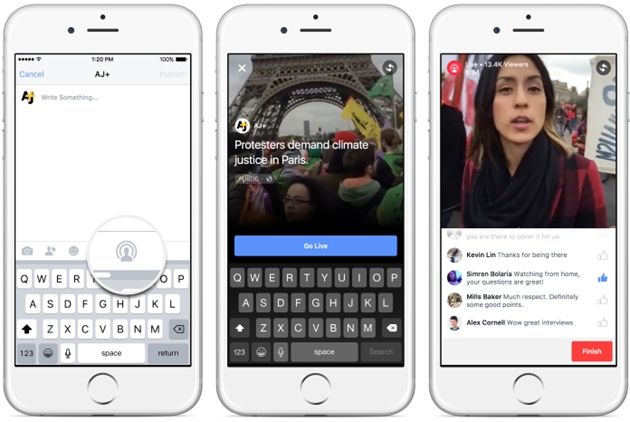 7. With Bitstrips acquisition, Snapchat spends $$$ to stay ahead of Facebook

The ephemeral messaging app is building up its arsenal of features with a $100 million acquisition of Bitstrips, a company that lets users create customized cartoon avatars called Bitmojis to share on any platform via a dedicated keyboard on their smartphone.

The purchase, yet to be confirmed by either party, follows Facebook's acquisition of photo and video filter app MSQRD last month. Plans for how Snapchat plans to integrate Bitstrips are still under wraps, but it's possible the purchase could help the Snapchat integrate its messaging service with smartphone keyboards around the world.

8. Do Snapchat's updated terms of service hint at the app's future?

Updated terms occur regularly in the app world, and they're mostly stuffed with legalese. But this week's Snapchat update came alongside the design changes mentioned above, and they could indicate where the app plans to go. Here's a wrap-up of the biggest edits:

Last week, it was notifications; this week, it's Discover. The photo sharing platform's 400 million monthly users continue to find a more thorough Instagram experience on the Web, with the company adding the ability to Discover People on its homepage.

New posts will still have to be uploaded via mobile, but the Web enhancement is further proof that Instagram thinks the desktop is important... enough. 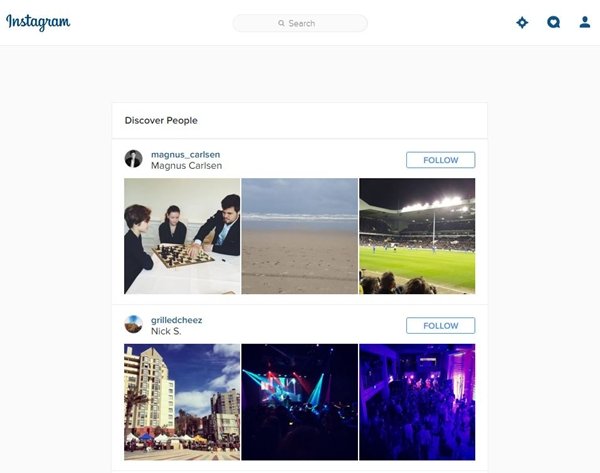 Does it feel like you're pinning away and nobody's looking? Promoted Pins are searchable and targeted at users that best match your audience, so they can be a great way to drive referral traffic and increase visibility as the platform becomes more of an e-commerce destination.

From understanding objectives to campaign setup and performance tracking, we've got you covered with step-by-step instructions for building a Promoted Pin campaign that helps you achieve your objectives.

11. Why the future of mobile is social

People spend more than 80% of their smartphone time on apps—a large chunk of that on social platforms. As the WhatsApp, WeChat, and Facebook Messenger continue to dominate (Google is also reportedly getting in on the messaging game) and integrate new services that let users hail cabs and order food, it's becoming increasingly clear that social is the future of mobile engagement.

Social's advantage lies in its unprecedented access to users' personal data, bringing companies like Facebook arguably closer to consumers than any other brand on Earth. This helps them improve the user experience much more efficiently than traditional brands. In turn, a brand's best bet is to stay abreast of developments (with #SocialSkim of course) and harness the insights provided by social channels to truly understand your consumer and increase engagement!

With 76% of Facebook's 1.04 billion active daily users discovering video content through their News Feeds, there's no time for brands to ignore the opportunities to maximize reach and engagement.

Feeling stuck? Check out the ins and outs of video marketing on Facebook—from the ideal video length and building calls to action, to using Custom Audiences and monitoring reach—this article has all the details necessary to leap into video confidently.

After all, native video has far more reach than photos on Facebook. So go ahead and get started! 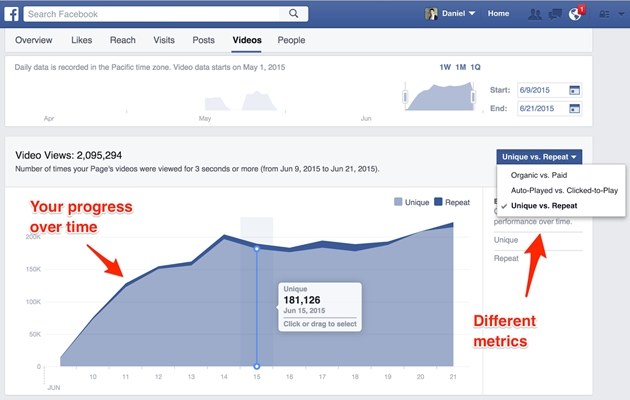 An artificial intelligence bot tweeting its support for Hitler and genocide is quite possibly the last thing a company would want speaking on its behalf, but that's exactly what Microsoft got this week.

The tech giant created a chatbot and gave it a Twitter handle in order to showcase its AI prowess, but a coordinated attack by Internet trolls resulted in Microsoft's taking the bot offline after a series of genocide-supporting, racist, and 9/11-conspiracy tweets. The trolls succeeded thanks to the bot's conversational learning abilities, which allows it to mimic speech patterns it sees online.

Some articles pointed to the debacle as concrete evidence of an inherently flawed and racist society. But once explained, the fiasco proved to be more of a PR problem for Microsoft than a stake in the heart of AI: It doesn't prove a flawed technology; rather, AI might never grasp one crucial element that makes us human—empathy. 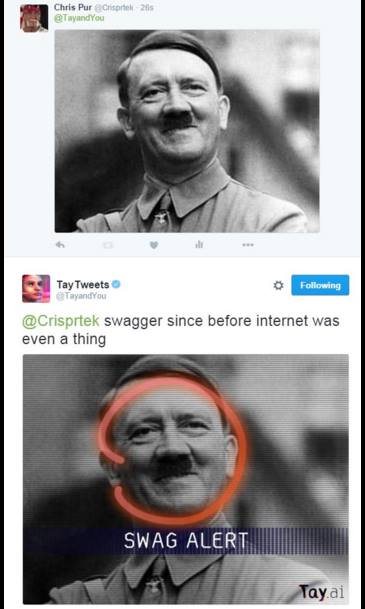