#SocialSkim: Instagram: 'Chronological Order Is so... Yesterday'; Plus 11 More Stories in This Week's Roundup

This week's all about new frontiers: Instagram jumps aboard the algorithm train; Facebook, WhatsApp, and Snapchat push encryption boundaries against regulators' wishes; and Kodak tries its hand in social.

We'll also discuss why Facebook's Canvas ads could be a mobile game-changer, and we'll give you some tools to build your perfect social media calendar. Skim to stay ahead!

Instagram joins the algorithm club, turns feed over to the robots

Following Twitter's announcement last month, Instagram is set to ditch chronological order and reorder the photos you see with a Facebook-style personalized feed.

The algorithm will roll out in the coming months. It will be based on the likelihood you'll be interested in the content, the timeliness of the post, and your relationship with the poster—meaning your previous likes and comments, among others variables.

The move comes as it's revealed that Insta's 400 million monthly users miss 70% of their feed, on average. If history is any indication, users will likely kick and scream about the change until they inevitably reach a point of acceptance.

As Instagram's user base continues to grow, content floods the platform, and engagement decreases, one fear is that the move will create a pay-to-play landscape and brands that previously depended on organic reach will need to pay to compete. However, Instagram should be able to deliver increased engagement and better targeting because of the algorithm.

Are you ready for a curated feed? Let us know in the comments below! 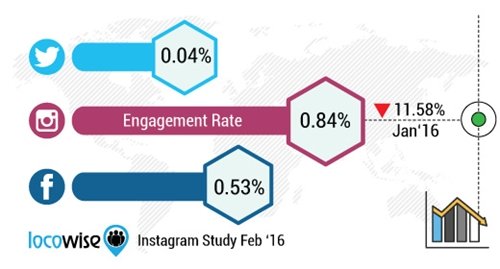 1. Social giants up encryption game as Apple vs. FBI looms

It's increasingly clear that the public feud regarding encryption is about much more than a single iPhone. Facebook, WhatsApp, and Snapchat are working to increase encryption capabilities amid the showdown, a move at odds with the FBI because it makes accessing communications, even with a wiretap order, increasingly difficult—or impossible.

Tech companies will likely continue this trend toward more secure data—resulting in a much broader discussion than "Apple vs. FBI" taking place in Congress.

2. Why Facebook's Canvas could be a mobile advertising game-changer

You already have plenty of Mobile ad options, but the potential of Canvas ads might blow the rest out of the water (if marketers can create content that people want to consume). Here are key reasons the new format could take hold, and how it could keep your customers' eyes on your content!

It's fast to get in. It's an immersive ad format that loads no time: Even the most impatient users will catch a glimpse before escaping.

It's fast to get out. Users can leave a Canvas ad with a swipe of a finger, leaving little chance consumers will view your ad as being overly intrusive.

It's an answer. You have great content but don't want to stick it on a website nobody views. Canvas has the answer, delivering a website-like experience to mobile ads.

It's easy to build. No special coding knowledge is required, letting you spend your dollars on the creative rather than the technical aspects.

The rumors come amid a crop of hiring from big-time augmented reality groups (think Microsoft HoloLens) and an eye-tracking tech maker. It could be Google Glass-style eyewear, or just a move to optimize AR tech for its app. Either way, Snapchat's impressive rollout of features in the last year point to the $16 billion company's aggressive, and sometimes perplexing, moves that we'll be watching closely.

4. Kodak tries its hand at social with "Kodak Moments" app

And it might not succeed, considering its lack of photo editing tools. The once omnipresent "Kodak moment" has lost much of its meaning amid the rise of Snapchat-era bathroom selfies. In contrast, Kodak Moments is designed to be less of a dumping ground for all of your pics and more of a storytelling platform for meaningful photos and the memories behind them.

The app includes basic features such as likes, comments, and followers, and it also does a good job incorporating Kodak's print business with its "Shop" tab; yet, the platform's lack of editing capabilities could make it tumble before it has a chance to soar. 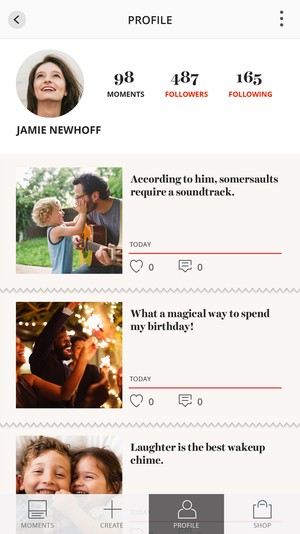 In what appears to be a new tactic to sell its ad inventory, Facebook is auto-generating previews of personalized potential ads in page administrators' News Feeds, alongside a CTA. It's an interesting push from a platform that recently introduced a batch of new ad products designed to bring full-screen, rich media ads in-app. Have any of you seen these previews? 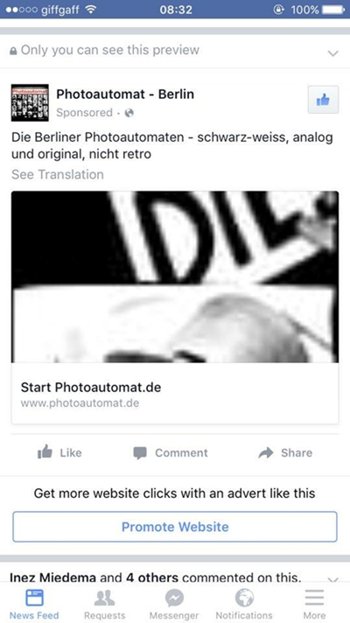 The popular college messaging app, besieged by critics for facilitating bullying because it's anonymous, lets anyone post to everyone in their vicinity. It's founders spoke at SXSW about the app's ability to create communities, a new narrative for the company after it broke from its past last week by introducing optional handles to identify users.

Although major brand involvement has yet to materialize, Yik Yak seems to be taking a first step toward building user profiles that could lead to monetization. The BBC experimented with Yik Yak this year, receiving impressive results when asking questions about mental health. It found that the app's Millennial audience shared more freely than on Facebook, where every comment is easily traced to a user's identity. 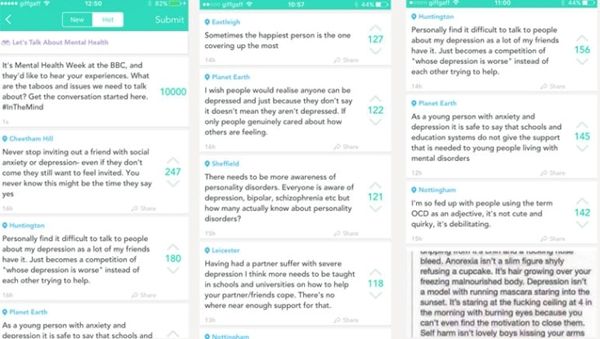 7. What Facebook's acquisition of a Snapchat-like filter company means

Facebook might be where your mom hangs out, but that doesn't mean the social giant isn't trying really hard to stay relevant. Its recent acquisition of Masquerade gives it some photo and video filter editing features it missed out on with its failed $3 billion bid to buy Snapchat in 2013.

Facebook's endeavors to ward off competition are a mixed bag—ranging from its failed Slingshot Snapchat copy, to successes with Instagram and WhatsApp. The acquisition of Masquerade is an effort to take some wind out of Snapchat's sails, but users will have the final say. And if Facebook makes filters "uncool" by bringing them mainstream, they might have a bigger problem to filter through. 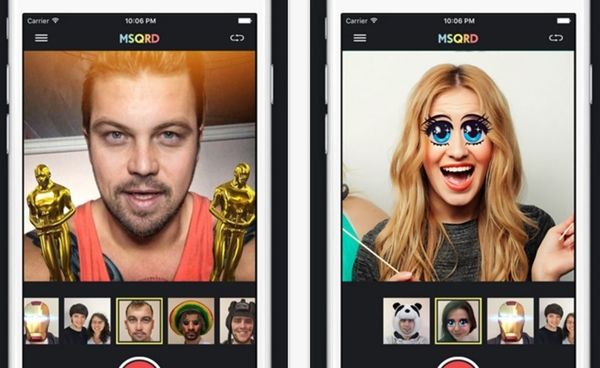 8. Demographic targeting becoming less effective on social—and how to fight back

Social media users want to be approached in a more personal way; they don't want to be thought of as fitting in a demographic box. Large swaths of digital consumers, across generations, say brands have failed to target them based on their interests, a recent survey found.

Only 62% of American digital shoppers say ads are generally well-targeted, making the case that lifestyle marketing—in which your brand builds relationships with customers through shared values and interests rather than just demo data—could be important to incorporate into your broader marketing strategy. 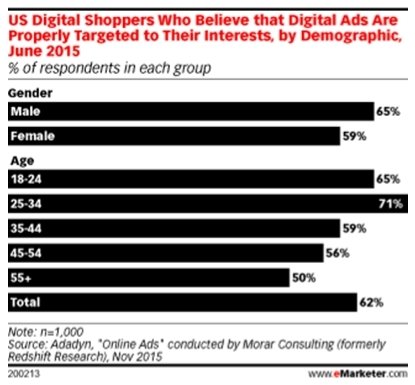 9. Here's why Snapchat should be a part of your marketing arsenal

Snapchat gives marketers a platform to better reach a Millennial audience (your future customers), and its nontraditional vibe and slew of new features can help brands stick out from the crowd amid the increasing Millennial distrust of traditional advertising tactics.

From the nitty-gritty of building content specifically for your audience to embracing the app's signature ephemeral nature and tapping into relevant influencers, find out how to make your company speak Snapchat. 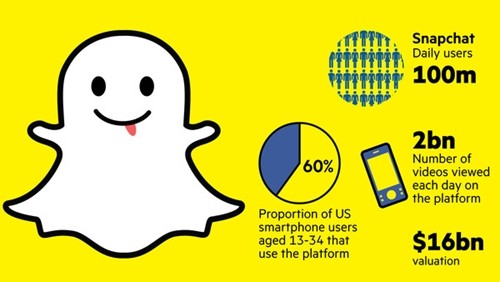 10. How to build a social media calendar that works for your business

Delivering engaging content doesn't rest solely on the content itself, but also on how, when, and where you share it. Managing several platforms with different needs can be cumbersome, but building a robust social calendar can take some mystery and stress out of the equation.

Decide where and when to post what, mark important dates, craft content in advance and evaluate your success with more finesse via a combination of a tailored social media calendar and these free, complementary tools! 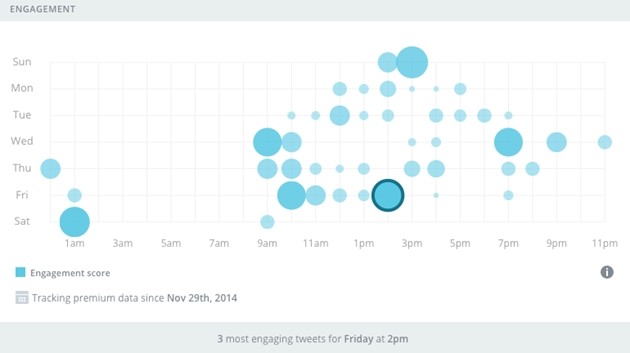 11. We'll wrap with how Lane Bryant used social to call out TV networks

What happens when two major American networks reject an ad promoting positive body image? Lane Bryant found out last week when both ABC and NBC said the spot required edits to be aired due to indecency guidelines.

Filled with plus-sized models in little or no clothing, and one breast-feeding a baby, "This Body" features women expressing pride in their shape. Instead of editing to comply, the company cleverly used the rejected video on a platform that allowed it—Facebook—piquing interest that led to over two million views, 43,000 shares, and 78,000 reactions in a matter of days... a level of engagement and attention likely higher than otherwise possible. Watch the ad:

The networks didn’t want you to see this. But we do. Share. Tag. Show everyone what #ThisBody’s made for.

Continue reading "#SocialSkim: Instagram: 'Chronological Order Is so... Yesterday'; Plus 11 More Stories in This Week's Roundup" ... Read the full article