#SocialSkim: Snapchat Changing Its Algorithm, Plus 13 More Stories in This Week's Roundup

From Snapchat's plans to introduce a nonchronological algorithm to social networks' grappling with more public scrutiny as they take on the role of news organization, this week the social giants tried tackling challenges from all corners.

We'll also discuss Google's new topic-driven social product, tell you all about Twitter's big announcement regarding its character limit, and scoop out the latest on Instagram's upcoming analytics tools.

It's time to get ready for the new Snapchat algorithm

It was only a matter of time. Right now, users see all the snaps from the accounts they follow in chronological order, but sources say the little yellow app is working on an algorithm that will sort the content that Snapchatters see from publishers and, particularly, brands.

The change obviously makes sense for Snapchat: It would gain more control and likely increase the quality of content. The timeline for the introduction of an algorithm is still unknown, but chances are it would affect only professional accounts, including publishing partners in the app's more exclusive Discover feature. Stay put...

Lost in the shuffle of algorithms and your daughter's prom pictures, many of the world's 2 billion-plus social media users would likely be surprised to learn that many social networks have dedicated teams of editors that pick and choose content that ends up on users' feeds. Last week's inquiry into Facebook's possible censorship of conservative media shed light on exactly that, as well as social media's new responsibility in bringing news and entertainment to the masses.

As social continues its dive deeper into the editorial and curation worlds to attract new users and keep current ones engaged, public scrutiny into the practices and guidelines will intensify, and the Facebooks and Twitters of the world will have to work overtime to preserve the level of trust they now enjoy.

That's right, your brand will soon have the freedom to compose longer messages, and you won't have to deal with the pain of crafting the perfect tweet only to realize that the picture you attach pushes you over the character limit!

Links currently take up 23 of the platform's 140-character limit, so the boost could encourage users to use more media in their messages—something integral to the social network's fight for longevity.

No official announcement from the company so far, but sources say the adjustment should come in the next couple of weeks.

Facebook for Business shared some exciting news with advertisers this week, announcing that video ads will now be served in third-party applications, mobile, and desktop version of websites that are a part Facebook's Audience Network.

The ads will be able to run before, during, or after (pre-roll, mid-roll, or post-roll) video content, with auto-playing in-article ads appearing between paragraphs of text, and in-stream ads appearing within the video players themselves.

With Facebook Audience Network sites accounting for nearly six percent of all time spent on mobile apps in the US, it could be more than a slight increase in the number of eyes on your content!

4. Google tries its hand at social once again with new group chat app

Despite its failures with Google+, the tech giant is apparently not ready to give up on social, instead announcing the launch of a new, group sharing-focused social app called Spaces.

The app, set to launch soon on iOS, Android, and mobile Web, allows small groups of users to easily chat, share content, and tap into other Google services, including Google Search, YouTube, and Chrome, without having to switch between apps.

Google thinks such rich integration with its other services will help it compete, and the company suggests Spaces could be a great place for study groups and trip planning, or for fans of a particular subject to gather and discuss. How do you think it will fare? Let us know in the comments below!

The social network is trialing a new way for users to mix-licensed music with photos and videos they've uploaded to the platform, a new feature that could take aim at the likes of YouTube.

Facebook is reportedly in talks with Warner Music Group to let users create these new "soundtrack options" on their creations, which have been dubbed Slideshows. The addition could will likely enter the Australian market first, and it marks another effort for the social platform to bring more video and music content within its walls.

6. Vine falling out of favor with influencers

More than half of the top influencers on Vine (those with more than 15K followers) have left the social network since January 1, instead opting to post more regularly on Facebook, Snapchat, and YouTube, which have larger scale and often more in-depth analytics and are therefore more attractive.

Some are still optimistic about the platform, and expect owner Twitter to invest more heavily to integrate the service, including the ability to monetize with Twitter's ad offerings. Even if that does prove true, it might not be enough to make influencers devote more resources to the platform. Twitter just can't get a break.

With mobile usage among its users climbing steadily over the years, and the recent push from many social platforms to build a messaging feature, YouTube has begun testing an in-app messenger on iOS and Android that lets users easily share videos and chat about them with friends.

The move makes sense, as it should make YouTubers spend more time on the app; average mobile viewing sessions are over 40 minutes already. Did we mention YouTube is also bigger than any single American cable TV network among those age 18-49? 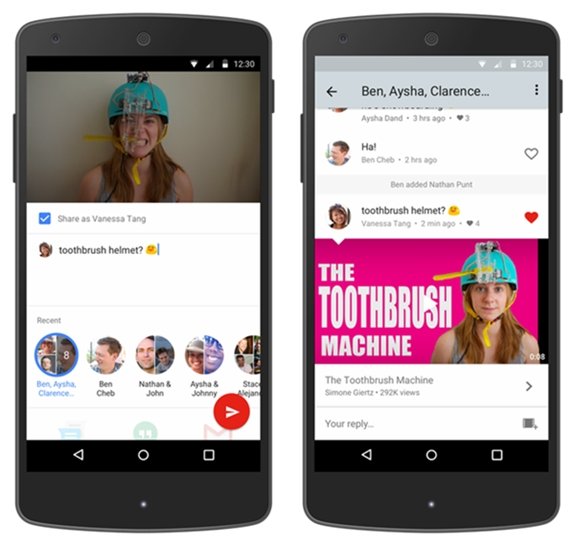 8. Here's the impact of Facebook's Instant Articles so far

Initial results are in for publishers that went all-in with Facebook's Instant Articles. Brands hoped the fast-loading page format would increase reach and engagement, as well as boost monetization, but reality didn't always meet expectation.

Reach is likely the biggest winner, with publishers like IGN reporting numbers double that of non-Instant Articles. Engagement is trickier, with brands like PopSugar finding engagement numbers down. However, it's early, and publishers are still tweaking their formulas to figure out which type of content and what posting frequencies influence performance and monetization. The saga continues...

Based on screenshots taken before the app's controversial redesign last week, the photo-sharing app is testing a new range of analytics tools, and they seem to give marketers a much greater in-depth look at performance.

Dubbed Insights within the app, the new tools will provide follower data, including identity, location, time of activity, age/gender demographics, as well as data on top posts such as impressions, to help brands determine engagement rates.

Insights are already live for some users, but a specific rollout date is expected to be announced in the coming months. 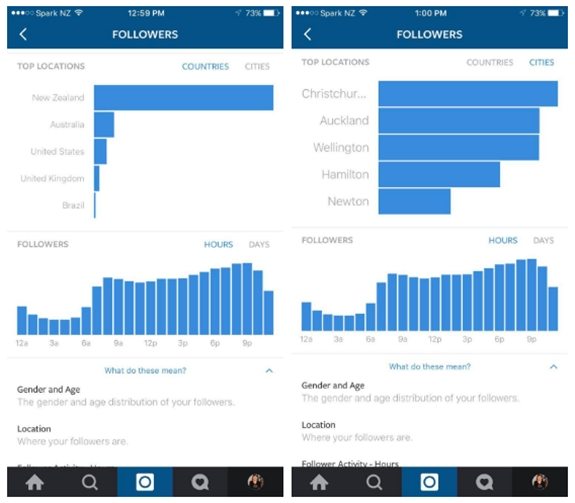 Last week Facebook was rocked by accusations of anti-conservative bias in its Trending Topics section of News Feeds; former employees claimed the team in charge purposefully suppressed conservative media reports even if the online buzz they generated warranted inclusion.

This week, Facebook's CEO announced an investigation into the matter, mentioning that although no evidence has been found, the company will dig deeper and take additional steps to address anything found that might be contrary to the social network's principles.

Vidooly comes to us this week with an engagement-boosting infographic to help you up your game on YouTube. From focusing your promotion on mobile viewers and increasing your video's shelf life by cross-promoting in emails, to matching your publishing hours to your audience's viewing hours, the infographic is filled to the brim with ways to capture—and keep—your audience's attention! Go ahead, take a look; you can thank us later. 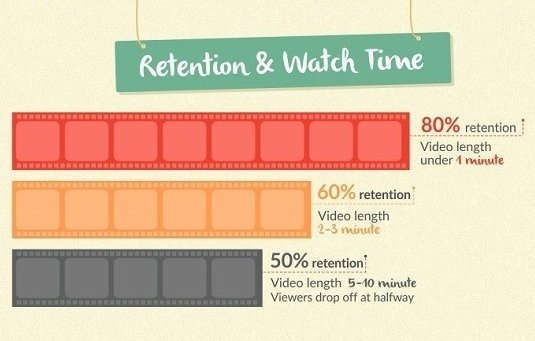 12. The how-to guide to connecting with prospects on LinkedIn

Simply connecting with potential prospects on the social platform isn't enough to push them through the purchasing funnel. Learning how to identify the most receptive prospects, how to create trust through personalized communications, and how to build your brand's authority status in its industry is key to a successful B2B marketing strategy on LinkedIn. Social Media Examiner has all the goods, so check them out!

13. We'll wrap with Facebook's biggest livestream featuring Obama and a lot of mishaps

Livestreaming is the future, they said. The new journalism, they promised. Anyone would have looked at the matchup of Buzzfeed, Facebook Live, and President Obama as a prime, high-profile example of "the next big thing," but apparent unpreparedness, technical difficulties, and awkward camera angles led to the high-profile interview that wasn't.

Buzzfeed redirected viewers to YouTube after the Facebook stream froze, and a less-than-ideal camera position meant the President and interviewer were, well, see for yourself. Awkward.

Livestreaming could very well be the future, but if even top organizations have to work out the kinks, it might take a little more time to get there.