Snapchat and Facebook, with big announcements, take the gold in this week's 'Skim. Snapchat took us all by surprise and introduced a new camera roll feature that fundamentally shifts how—and why—we use the app, and Facebook has tweaked its News Feed algorithm in a way that has many publishers up in arms.

We'll also dive into Snapchat's miraculous growth among one demographic that has teenagers in a cold sweat, share a need-to-bookmark infographic about all things Facebook ad-targeting, and scoop out three key ways you can boost your SEO with social. Skim to stay in the loop!

Snapchat's new feature fundamentally shifts the app away from the present

Introducing Snapchat Memories, the social network's most complex and transformative feature rolling out globally within the next month.

Memories essentially replaces the need for users to save their Snaps and Stories to their phone's camera roll, and instead offers a searchable camera roll within the app itself. Memories not only allows users to post old, saved content to their Stories but also lets them creatively edit, re-share, and save them to a password-protected "My Eyes Only" section.

The new SnapSearch will enable users to find their saved Snaps via hundreds of keywords the platform tags automatically based on captions, emoji, stickers, dates, or locations used in the Snaps. Thanks to the augmented reality team put in place at the social network, Memories can also identify objects in your Snaps.

Check out this video below for a full debrief, but it's already clear the physics of the Snap-sphere have been altered for good:

It's in a constant state of change, but the latest tweak to the platform's News Feed algorithm will give more weight to the content posted by your friends and family, and less to that of publishers and brands—unless they pay, of course.

The shift means you'll likely see fewer posts from BuzzFeed, and more from your brother. It might dash the hopes of digital media publishers, which had 39% of inbound referral traffic come from Facebook last year; their concerns are now that they must pay to play.

2. Snapchat: Not just for teens anymore

A new comScore report finds that millions of teenagers' worst nightmares are coming true: Their parents are joining Snapchat. In droves, that is.

Three years ago, only 5% of 25-35-year-old smartphone owners had a Snapchat account and only 2% of those above age 35 did. Those numbers have skyrocketed to 38% and 14% respectively.

All the while, young users' interest hasn't waned, with penetration among those 18-24 at an all-time high of 69%. Key takeaway: your brand had better learn how to eat, sleep, and breathe Snapchat. 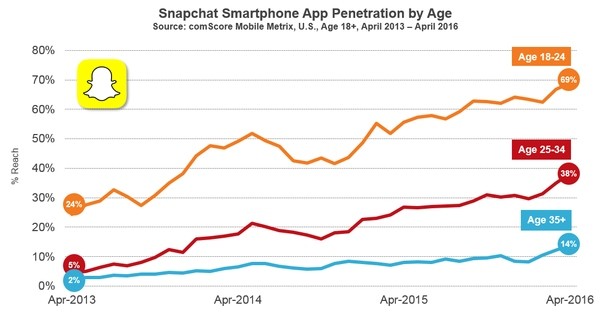 Zuckerberg's team brought a wave of updates to the platform's chatbots, simplifying the user experience and giving brands more flexibility in the content that they can send via robot.

The first new feature, "Quick Replies," simplifies consumers' path to information with buttons linked to common responses to a bot's question. No more fumbling with phrases and words the bot might not understand.

And now that there are over 11,000 bots available for use, brands can have their automated representatives give consumers information in the form of videos, audio, GIFs, and files to encourage more flexibility and a wider range of use. It seems these bots might just become useful one day after all.

The social network is looking to make some headway in developing nations where live-streaming sucks up too much costly data. Facebook is testing the ability for a small percentage of users in India to sync videos while on Wi-Fi for later viewing on their device within Facebook's app.

Users will be able to download only original videos posted by users on personal accounts or from Pages, but the expanded capability should help acclimate users in developing markets to the platform's organic videos, and hopefully expand opportunities and get more eyeballs on publishers' content.

5. How to boost your SEO with social media

You might be shocked, or saddened, to hear that shares and retweets your brand receives on social don't directly contribute much to your placement on search engines like Google. But the buzz and word-of-mouth generated by social can lead to links and website traffic that do weigh heavily, so we've wrapped up some top tips for boosting your SEO and increasing the number of those types of links with social:

The end is near for Facebook's news aggregator and Flipboard competitor, which originally launched in 2014 and is set to shut down on July 29. Paper allowed users to personalize their reading lists around topics of interest to them, but the app's feeble 100K person user base couldn't merit the platform's continued investment.

However, Facebook was keen to point out that the app had an impact, mentioning that several design elements and tools from the news reading app can be found in the platform's fast-loading Instant Articles. Always looking at the glass-half-full, that Facebook. 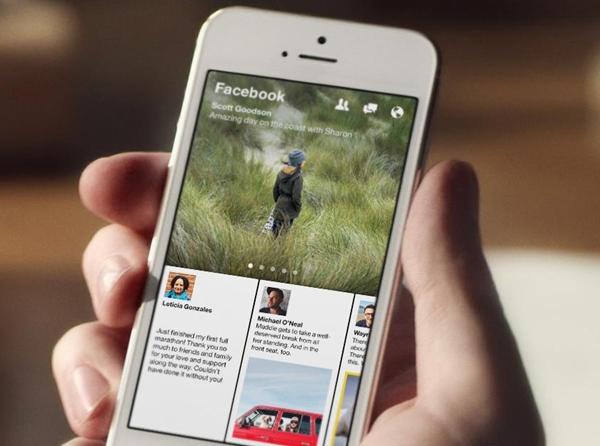 The Cyberspace Administration of China has ordered news sites in the country to independently verify stories sourced from social platforms before posting them—and warned that sites that publish unverified content would be punished.

Some might argue the policy encourages publishers to adhere to stricter journalistic standards, but Chinese scholars have sounded the alarm, with one saying that "'fake news' will be stopped on political grounds, even if it is patently true and professionally verifiable." We'll chalk it up to another reason to extend our celebration of Independence Day through this weekend.

8. What you can learn from Fortune 500 companies' Instagram habits

Whether you're a small B2B organization or well on your way to 1 million Facebook fans, it's a good idea to glance at others' use of social to audit your brand and see where you might improve.

That best-practice doesn't exclude Instagram, and the latest look into the Instagram habits of Fortune 500 companies sheds some light on why the platform is providing the highest engagement levels out of any social network, and the impact of various filters, post times, and post dates. 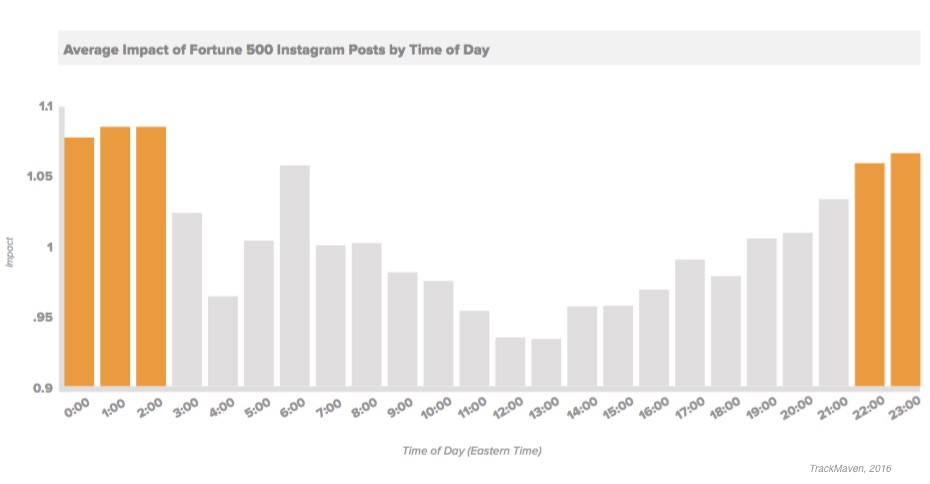 9. All of Facebook's ad targeting options in one epic infographic

Digital agency WordStream understands how overwhelming Facebook's ever-growing array of ad targeting options can be, but instead of wallowing in sorrow like the rest of us, it created an infographic you'll want to bookmark.

Dive into the details of all the social network's ad targeting options have to offer, and do it all in one place. Ta-da! 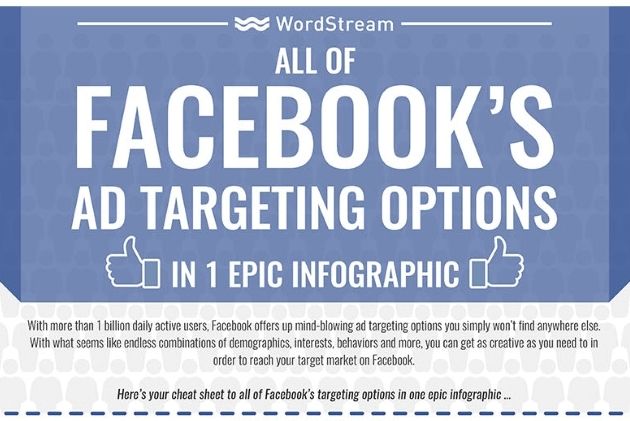 It can topple dictators, put an end to bullying, or even help fathers rekindle relationships with sons. It's social media, and a recent piece in The Drum explores just what makes it so powerful—and effective—at promoting social change.

Dive in, below, because now might be the right time to get your organization on board that social cause marketing you've been mulling over.