#SocialSkim: Why Social Media Satisfaction Is Falling, Plus 11 More Stories This Week

This week's 'Skim is all about reaching for ad dollars without compromising user experience. We'll dive into a recent survey that discusses falling user satisfaction on social platforms, and we'll explore Reddit's new plan to lure advertisers and shake off its users' anti-ad image.

We'll also touch on Twitter's big live-streaming news, fill you in on why Vine just paid a hacker $10,000, and give you some pointers on nine new and mostly secret Facebook targeting options designed to up your ad game. Skim to keep your fans engaged!

The state of social: More time on it, yet less satisfied

Though users are spending, on average, 10 minutes more per day on Facebook's platforms this year than last (now up to 50 minutes per day), their satisfaction has dropped nine percentage points—a marked year-over-year decrease that has some worried.

The new ACSI survey notes that Americans are generally pleased with their overall online experience, but social sites such as Facebook and Twitter are dragging the social category down.

Concerns about privacy and advertising appear to be the two biggest culprits: Users are not fully coming to terms with the idea that ads might be a necessary cost for the social services they've grown to expect for free. 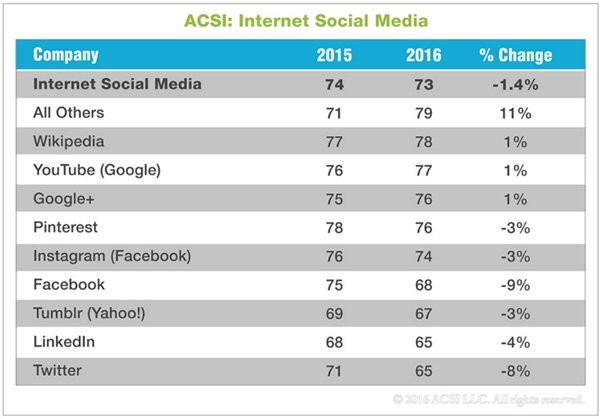 Reddit can be a scary social platform for marketers, particularly because of its users' inclination to call out advertisers as big, bad, corporate machines. But that might all change, because the social network's CEO is taking a new approach to help coach brands through advertising on the platform.

Reddit will introduce a new offering called "Promoted User Posts" on August 4, which lets advertisers sponsor user-generated posts on the platform, as long as the user has given consent. If someone posts a giant tower of Oreos that reaches heights never before seen, for example, Oreo could sponsor that post, and it would then appear in different areas of the site and target specific users.

The idea is to help brands speak to users through user content itself, and hopefully in turn make their message resonate more greatly with Reddit's user base.

2. Twitter carves out niche with yet another deal for live sports streaming

The social network's been running after sports leagues and television networks in an effort to make it the go-to social platform for live sports updates and viewing. This time, the company inked a deal with Campus Insiders to broadcast over 300 college sporting events real-time.

The deal follows Twitter's professional deals with the NFL for Thursday games and the NBA pre-game show, and will give its users livestreaming access to an extensive lineup of football, lacrosse, basketball, volleyball, and other sports.

Oh, and it signed a deal to livestream weekly NHL and MLB games, too.

Like some of its other experimental features that tried to attract the Snapchat generation, a Facebook rep announced the end of Quick Updates. The feature mimicked Snapchat Stories, and allowed its test users to bypass the News Feed and send content only to selected friends, with the sent content disappearing after 24 hours.

The test group of users were also able to overlay text on their Quick Update photos and videos, and had access to an activity tab that showed their friends' responses. Facebook said it has no plans to proceed with the feature, but it seems the social network will never be done trying to reimagine the magic of Snapchat. 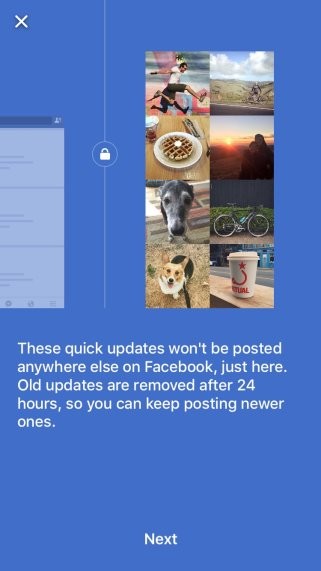 4. The future of chat bots, and how your brand can prepare

The chat about chat bots has slowly dwindled since Facebook's introduction of the technology on its Messenger platform back in April. However, to see what the future holds and to best prepare your brand for it, we'll look to popular Asian messaging app WeChat to understand where the West's chatbots are likely to go.

Bots will likely be categorized as either service or subscription bots, with the former allowing users to transact with a business by doing things such as booking a taxi or ordering food, and the latter delivering pre-selected content to users like weather updates.

The key to preparing your brand is understanding which category you can be authentic in, and what content you can provide to be relevant. Go ahead, dive in!

Foursquare, the location-based check-in social network once all but written off as a has-been in tech circles, is seeing 8 million daily check-ins—likely due in part to the wild success of Pokemon Go.

Like McDonald's did by partnering with Pokemon to make its restaurants special game locations, he says, businesses will begin to realize they stand to profit by advertising within these types of applications. Have you used Pokemon Go to drive traffic to your business?

67.9%. That's the percentage of all—worldwide—social media ad dollars that will be spent on Facebook advertising this year, according to a new estimate from eMarketer.

Analysts say the social network is seeing momentum across its ad business as video ads become more popular and as features that let marketers upload their product catalogues and then deliver highly-relevant, targeted ads with ease progress. One can only assume the platform is thinking of ways to expand its ad business onto its 1-billion user=strong Messenger platform soon... 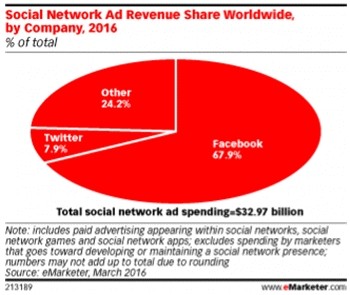 Twitter's Vine fell victim to a hacker this week, and lucky for the company the hacker was an "ethical" one. "Avicoder" exposed a security flaw that allowed him to access the social network's entire source code, which contains confidential information and could have been exploited to cripple or even destroy the site.

The flaw allowed Avicoder to run Vine locally on his own machine, but the social network fixed the bug within five minutes of Avicoder's alerting it via Twitter. Oh, and Twitter paid him over $10,000 for finding the security flaw as a part of their HackerOne bounty program. We're wondering how we can get involved...

After all, the social network needs more video content to fill up users' News Feeds and Oculus Rift helmets! Facebook originally introduced Surround 360, its flying saucer-like, 360-degree video camera at its annual F8 developer event in April, and just this week posted the blueprints and instruction manual online for all to see.

The idea is not that your neighbor will build one (it'll cost a cool $30,000), but that Hollywood studios, media conglomerates, and gaming companies might make the investment to jump into what Facebook thinks will be the next, natural step toward wide adoption of virtual reality.

Until the cost comes down, it's likely large brands will be the only ones with the funds to take advantage, but it's time to start thinking about how your brand could adapt if 360-degree video becomes an expectation in the minds of consumers.

9. Six ways for your business to take advantage of Facebook Live

The social network prioritizes live video, meaning your reach can increase if your brand takes some of its social strategy live. You might think Live is reserved for the big-time publishers and news stations of the world, but here are six effective uses of the feature for each and every one of you.

Covered in detail: addressing blog comments, giving an inside look at your company, promoting your upcoming events, teasing new products, answering FAQs, and engaging with your Facebook group members.

Now that we know 67.9% of all social ad dollars fly into Facebook's coffers, we need some new ways to improve ad performance and compete on the platform. Luckily, we've got just the article for you—one that will hopefully give you an edge above the rest. So, jump into the new audience targeting features on the platform and learn some lesser-known options that have serious ROI potential.

11. We'll wrap with Instagram's tools meant to take on trolls

From everyday bullying to celebrity harassment, Internet trolls' actions can range from minor nuisances to serious offenders, and Instagram appears to be taking a first step at combating them.

The Facebook-owned social network is testing a tool that lets celebrities and other public figures more easily block trolls by automatically blocking comments that contain certain phrases, words, or emoji. The tool is being tested with starlets such as Taylor Swift.

Though the function might seem like an exclusive band aid given to celebrities to cover a massive wound that affects many around the globe, the implications of such technology could have far-reaching benefits if deployed to a greater number of users.

Instagram has confirmed the anti-abuse tool, saying it will use its "learnings to continue to improve the comment experience on Instagram." Here's to progress on the anti-bullying front.