#SocialSkim: What All Marketers Need to Know About Messaging App 'Line,' Plus 10 More Stories This Week

This 'Skim might hold the record for the most messaging-app news to date. We lead with everything you need to know about hot South Korean messaging platform Line, which has its sights set on the US.

We'll also jump into Snapchat territory to explore its push to bring movie studios and TV partners aboard.

Also: how you can now target your Facebook Live streams at the right audience, and seven simple best practices to grow—and engage—your audience on Instagram.

It might be smaller than Facebook's WhatsApp in terms of user numbers, but South Korean chat app Line's $1 billion revenue in 2015 blows WhatsApp's $49 million out of the water. Now, with its eyes set on the New York Stock Exchange, Line is poised to enter Western markets, and marketers need to know what makes it different.

Line boasts 218 million monthly active users and makes a quarter of its revenue by selling stickers. Weirdly enough, the chat app also has physical stores, where it sells merchandise based on its sticker characters—to the tune of $20 million in the first three months of 2016!

But Line is much more than a chat app: It has a built-in mobile payment system, and it lets users hail cabs, stream music, and even find part-time jobs. It also allows brands to create their own pages on the platform, letting them send messages to their followers.

Although the app has so far struggled to attract a solid user base in the US, offering public shares on the NYSE after its recent IPO could change the equation.

Snapchat Discover, a dedicated section of the app that currently plays host to Web videos from publishers like BuzzFeed, might soon get a Hollywood makeover. The messaging app's head of content is making the rounds at major TV networks and film studios in an attempt to make Snapchat more of a premium video destination.

The hope is to lure more scripted content to the platform, but high ad minimums and a lack of a clear path to profit seems to be hindering the big studios from committing... at least for now.

Well, for some of us. Those who use the social network's application programming interface (API) now have the ability to limit their Facebook Live audiences by location, time zone, language, age, and gender.

Broadcasters can name up to 25 countries where users will or will not be able to see a live stream, and they can also name regions, cities, and ZIP codes where residents should be included or excluded.

Along with the new targeting options come extended streams, meaning Facebook now allows these same publishers to post days- or weeks-long streams for things like zoo cams. Bring on the pandas.

Bitmoji, a separate app that allows users to create personalized emoji avatar to represent themselves, can now be linked with Snapchat. The integration means users can connect their Bitmoji app to the ephemeral messaging app in its settings, and use their custom avatars within Snaps and chat on the platform.

The feature is likely to please a niche Bitmoji audience on Snapchat, but could also be ideal for any brands that can re-create their mascot or build a persona via the Bitmoji app to be used in communication on the platform.

Before, all links previously shared within Messenger loaded within the app's mobile browser—a slow process, particularly in areas with bad connectivity. Now, Facebook is bringing to Messenger the same lightning-fast load speeds Instant Articles brought to its flagship app, hoping to boost page load times by as much as 10 times.

Instant Articles for Messenger recently launched on Android, and will be available on iOS in the coming weeks. 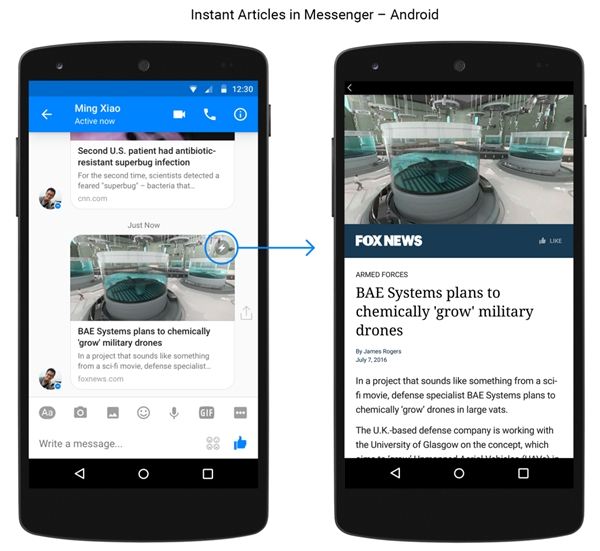 5. Snapchat looking at ad product that targets based on what users snap

According to a patent filed by the company, it appears the messaging platform has been exploring a product that allows ads to be targeted at users based on the objects in their Snaps.

The image recognition technology would be capable of serving hyper-relevant filters, ads, and coupons to users. For example, a Snap of a coffee might serve you an ad from your local coffeehouse, with a 20% off coupon included.

Snapchat declined to comment on the developments of such a capability, but we'll keep an eye out on your behalf, because this sounds cool. 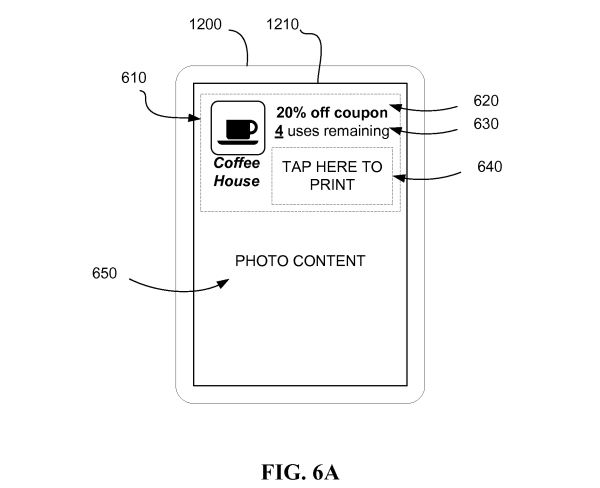 6. Facebook's new ad tool targets those likely to use your apps, not just download them

It's called App Event Optimization, and it gives advertisers the ability to target their app install ads at users most likely to complete App Events such as in-app registration, initiate check-out, make a purchase, view content, and more.

Marketers can choose which category of App Event they want to home in on, and Facebook will serve their associated app install ads to the desired target group.

This is big news, particularly when faced with hard numbers such as only 6% of people who download an app still use it after 30 days.

7. Anyone can now apply for verified, blue checkmark status on Twitter

Twitter this week rolled out a way for any organization or peson to apply for verified status on the platform, meaning it may have just become a little bit easier to get that highly sought-after little blue checkmark on your profiles.

You can head over to the social network's Help Center to get started, but know that Twitter has a checklist of questions as a vetting process.

Aside from basic info such as verified phone numbers and email addresses, you'll have to provide some justification for why your account should be verified—such as a company mission—and provide URL links that support your request. Good luck!

It's time for you to start thinking about Instagram as more of a marketing tool than just a social network. A new Sprout Social infographic dives right in and digs out some key insights that can help boost engagement and earn new followers.

Covered in detail: how great visuals affect buying, how to get your audience to participate, what days and times are most optimal for posts, how to tell great stories, and how to make Instagram analytics work for you. 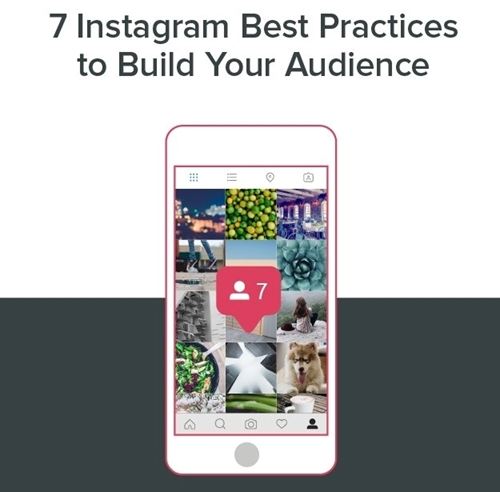 9. Why social media is a powerful tool in B2B sales

As the world continues to join the social media revolution, and as technology advances, so do the chances of finding your prospects, targeting them at an increasingly granular level, and converting them.

Social has provided B2B marketers unprecedented access to a wider pool of consumers, and a tool for crafting and managing relationships like never before. Check out where social's big advantages lay and how to start making it work for your B2B team!

10. We'll wrap with the role of social media in a military coup attempt

A Turkish military group's coup attempt early last Saturday morning against an elected government marked a pivotal shift in that same government's use of social media during times of crisis or opposition.

In recent years the Turkish government has frequently taken the country's access to social media channels offline in an effort to quell opposition and criticism, resorted to prosecuting journalists and apparently even pressured social networks to censor their own users.

Last weekend, however, Turkey's president and his government unleashed a social media blitz on Twitter, Facebook, YouTube, and even FaceTime, asking supporters to share their message and descend into the streets to stop the takeover. And it worked, as protestors faced down the military, which in recent decades has launched four successful coups.

A government that has censored opposition voices found out it can be to its advantage to allow the freedoms it has denied its people. 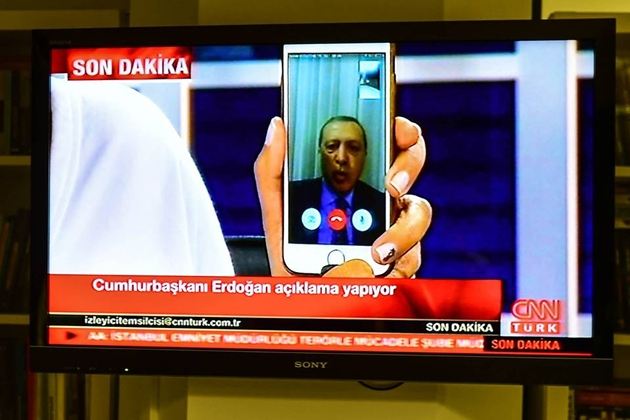