This week's social roundup is all about community (and money). Apple, mostly unknown in the social arena aside from a couple of flops, has put Facebook's WhatsApp and other social messaging platforms in its crosshairs with its latest software release, while YouTube has introduced a new community feature to become more social.

We'll also fill you in what this month's 140-character limit change means for you on Twitter; we'll talk all about Facebook's latest plans to make users shop on Messenger; and we'll give you plenty of fodder on why B2B brands shouldn't shy away from Snapchat.

Skim for all the stories we've scooped up this week!

Apple wants to take on WhatsApp, other messaging platforms

iPhone owners around the world updated to Apple's new iOS 10 this week, a major overhaul of the software that comes with a little-talked-about new feature: an iMessage app store. iMessage isn't always placed in the same basket as WhatsApp, Snapchat, or Kik by marketers and brands; now Apple wants to change that.

iOS 10 brings entirely new functionality to iMessage, with animated features and stickers—like Snapchat has. The new platform will let marketers easily create mobile experiences, such as emoji keyboards for iMessage's close to one billion users to find on the iMessage app store.

Apple's big play? Brands that use the iMessage platform won't be beholden to social giants like Facebook and can instead directly integrate without reliance on third parties. No news of chatbots in the near future, but don't think we'll be surprised.

The loosening of Twitter's 140-character limit were announced back in May, but the long-awaited changes will finally come into play for social media marketers and users on September 19.

Media attachments such as GIFs, photos, polls, and videos will no longer count toward the character limit, and the @names in Tweet replies won't either. That means marketers have much more space to dedicate to the text in their Tweets. No more drafting copy only to realize that the image you attach puts you over the limit. Go ahead, go Tweet about it!

Facebook's latest update to Messenger brings native payments to the platform, meaning users no longer have to navigate outside of the app to submit payment and shipping information. The feature is being tested with some developers, but Facebook plans to roll it out widely by the end of the year.

The social network is also introducing ads on News Feeds that drive users to chat bots on Messenger. Marketers will be able to use any call to action, such as "Send Message," that will take users directly to a message thread with the copy of the ad or a customizable message.

3. YouTube aims to be more social with new "Community" section

YouTube developed a new social feature—with the help of some of its most notable creators—that aims to help them communicate with fans and subscribers in real-time.

The section, dubbed "Community" at the top of some users' channels, is an update to its recently introduced Community feature, and it lets creators share text posts, live video, images, animated GIFs, and more. Viewers can respond with comments, thumbs up or thumbs down buttons.

The new social integration is YouTube's first collaboration with its creators for such an addition to the site, and marks a shift toward more direct competition with the social and video integration of Facebook and Snapchat.

Custom and default comment keyword blacklists are now available to all, as Instagram puts power previously only given to businesses in the hands of all users.

Grammers can now moderate the comments that appear in their posts with filters to block words they don't want to see, a capability that is also allowing brands and individuals to keep certain topics off-limits, even if not abusive in nature.

Another change when viewing a post will be that users' friends' comments appear first, rather than the first two posted, as had been the case previously. 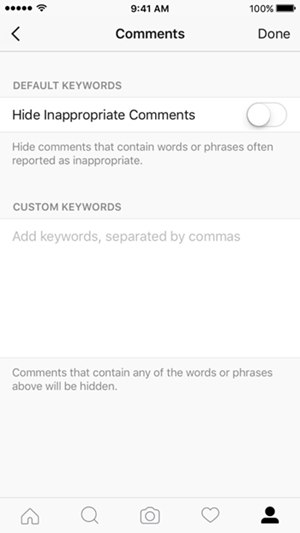 5. Facebook testing new features for brands and users in Messenger

Facebook seems to be testing its simple "People You May Know" feature for users within Messenger, but a more significant change for brands could be coming with Messenger's categorization of messages between users and brands.

The categorization feature prompts users to identify the nature of their messages—with labels such as "Support" and "Getting in Touch."

Facebook hasn't responded with further plans to roll out the feature widely, but the new capability could help brands and users alike to more quickly organize their inboxes as Messenger becomes a more widely adopted medium of communication. 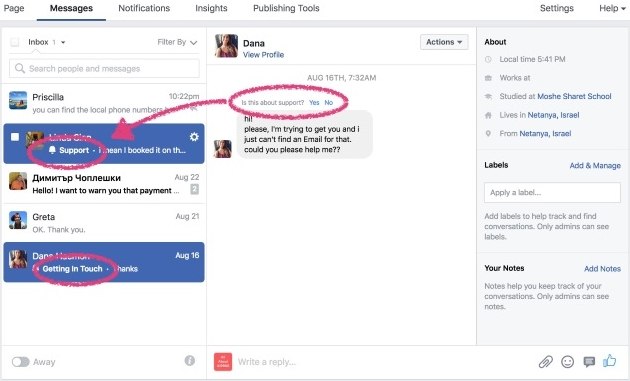 The Yahoo-owned microblogging platform and social network introduced ads to its users' pages in July, and now the company is set to up its ad game with affiliate links—if given permission by users, of course.

Tumblr's addition will let merchants know whether a customer came to their site from the platform, and give Tumblr a cut of their revenue if so. Although users can't earn money from the links Tumblr monetizes via affiliate links, they can easily create their own account on the same VigLink service for their own use.

Not into it? Users can opt out from having their links monetized.

Twitter last year introduced a way for companies to create branded emojis as a part of their campaigns, and now the social network wants to share its success.

8. Why B2B brands shouldn't shy away from Snapchat

Scared off by unfamiliar functionalities, or the fact that 71% of Snapchat's users are 25 years old or younger, B2B companies have a tendency to brush the app to the side in their social strategies, but Snapchat's well-established presence and enormous growth demand a second look. Here's why:

9. The SEC is keeping a closer eye on social

Live-streaming of terrorism and other crimes isn't the only reason governments around the world are watching the social giants more closely.

The Securities and Exchange Commission (SEC) issued further guidance on the use of social media by financial advisers recently, raising expectations that social media is becoming fair game for more intense government oversight, much like traditional advertising.

The SEC now requires more reporting and record-keeping regarding what financial advisers publish on their social channels, and notes that sloppy use of social media (e.g., inconsistent information or promotional posts) could trigger an SEC audit.

10. Marketing to Millennials on social

Recent research from Fluent shows that American Millennials are heavy users of Facebook platforms, less worried about privacy than are older consumers, and still influenced by email campaigns.

Dive into the MarketingProfs article for other key takeaways and how they could affect your social media strategy. 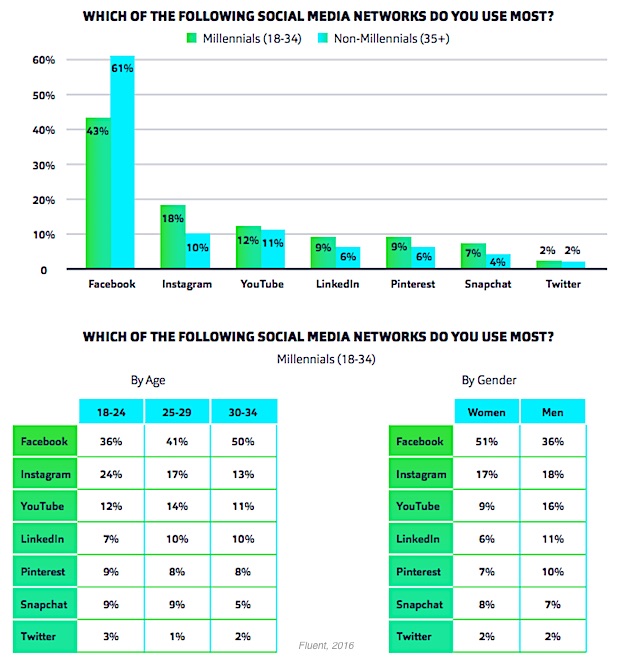 Although many publications claim otherwise, the long—and hard-to-swallow—answer is that there's isn't a single, best time to share your brand's content across social platforms. A Techcrunch analysis shows significant variance among publishers in the UK, France, and South America, and suggests that even culture, location, and subject matter don't provide an answer.

For example, a look at two French news publishers found that one experienced its peak in traffic at a time the other deemed its worst for sharing content. No wonder many companies invest in social teams and data scientists to optimize their content, and why all of us brands should be wary of a one time-slot fits all approach. 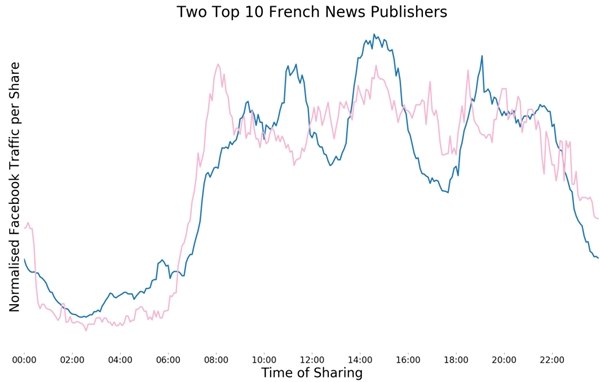 12. We'll wrap with what happens when Facebook swaps in robots in place of humans

Since ridding Trending Topics of its human curator team after being accused of anti-conservative bias in its selection of new stories, the social network's algorithm-driven news section drew new criticism this week when it surfaced a 9/11 conspiracy theory as "news."

The article, originally published in British tabloid The Daily Star, began trending organically before being featured in Trending Topics. Facebook responded by removing the "hoax article" by taking down the September 11 Anniversary discussion topic altogether—a temporary fix, according to the social network.

It seems the social network can't get away from controversy even with human bias not in play. What do you humans think? Should Facebook have made the switch?