Skim to get the full scoop!

The platform will launch to compete with the likes of Slack and Salesforce's Chatter, providing a work-centric News Feed and Messenger platform (complete with audio calling and live video) meant to help colleagues exchange ideas and assume tasks.

The application will be charged on a per-seat, monthly active user basis, meaning brands won't pay unless employees stick to it. Some large brands, including 100,000 employee-strong Royal Bank of Scotland, are already on board for launch.

The sunglasses, with a camera that employs a 115-degree lens and records circular video to better emulate a person's natural field of vision, will be released this fall by the company. And, to prep for a future that expands beyond its flagship mobile app, Snapchat rebranded as Snap, Inc.

Although Snapchat's founder describes Spectacles as a "toy," we're certain he harbors a real hope they'll take off and give investors one more reason to watch the company. Oh snap!

Facebook's PR team found itself embroiled in controversy last week after a Wall Street Journal report claimed the social titan made a huge error by overestimating the average duration of video viewed metric in its insights.

Marketers, however, have a more measured response, with many saying the misrepresentative metric isn't a huge deal.

Facebook counted video views as anyone who watched a video for only three seconds or more, a measurement definition that could have falsely made the platform look more appealing than others.

However, since advertisers are charged on 10-second views, and because the social network offers third-party verification options from Nielsen and Moat, marketers don't have to worry too much that they were paying for views that didn't really happen. Phew!

Big changes are coming to LinkedIn even before the professional-focused social network is officially taken over by Microsoft later this year.

As TechCrunch reports, LinkedIn "has launched a new site called LinkedIn Learning, an ambitious e-learning portal tailored to individuals, but also catering to businesses looking to keep training their employees." It even seems to be targeting educational institutions that might be considering e-learning courses.

Other new services that make the platform more than a job-searching database will be coming soon. More personalized news feeds, as well as a new online messaging service (bots that can set up meeting between you and your connections included) are part of the new rollout.

Two new features are rolling out to Messenger users in the US on iOS and Android: the first, in-chat polling; the second, an intelligent way to identify and prompt users when they might want to send money via the platform.

Polls, available only in threads with at least three participants, will be particularly handy in larger group chats for decision making.

And the new Chat Assist feature will identify phrases surrounding matters of payment in a conversation (such as "I owe you") and will trigger a link below the phrase for the users to settle the payment via the platform's peer-to-peer payment capability. Creepy? Convenient? You decide. 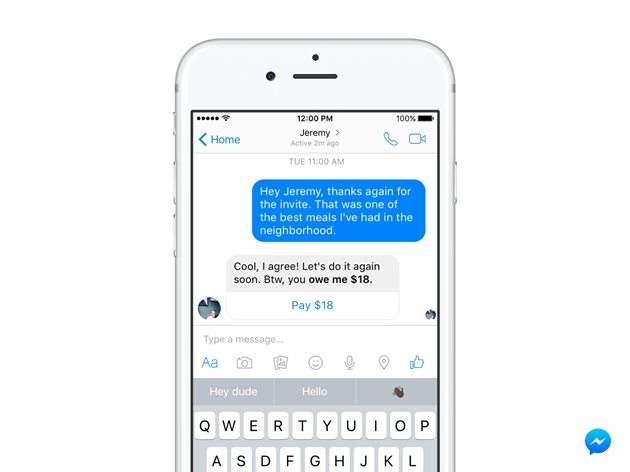 CNBC reported that the struggling social network has entered talks with several tech companies, including Google, Verizon, and Salesforce.com, to sell itself—and that it could receive a formal offer soon.

The possible acquisition seems to make the most sense for Alphabet Inc.'s Google, which has yet to develop a true potential in social. Salesforce.com, largely without presence in consumer media, could use the platform for its new sentiment analysis software that helps brands see how they're perceived.

The small (compared with WhatsApp) but high-profile messaging platform notorious for its early adoption of end-to-end encryption has introduced new Snapchat-esque features for its more than 100 million monthly active users.

First up is a sort of selfie "mask" capability that lets users place a variety of animated masks over their faces, a feature that emulates Snapchat's lenses, but one far less sophisticated in that the masks can be placed only on static photos that have already been taken.

It also introduced do-it-yourself GIFs, which allow Telegramers to record short clips, loop them, and add emojis, text, and the like. Now even more fun for your encrypted messages! 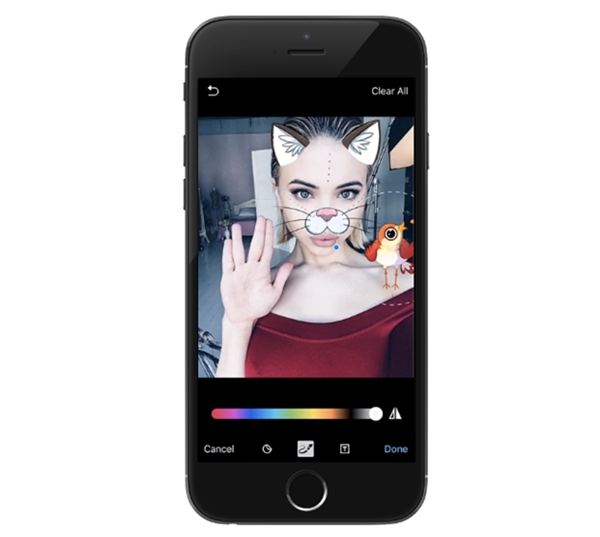 HubSpot's 2016 State of Social survey finds that 42% of B2B respondents are already communicating on LinkedIn for prospecting purposes, so it's key to know the ins and outs of what to avoid on the platform. The company breaks down the top errors made by B2B-ers, and how to avoid them.

Top mistakes covered in detail (and their solutions): failing to define your audience, not having a valid reason to connect, following up at the wrong time, and having a poorly optimized LinkedIn profile.

A new infographic from social intelligence and marketing firm GumGum reveals that although many marketers might be bullish on the potential of social commerce, Millennials might not share their enthusiasm.

The most depressing of statistics in the findings? 99% of Millennial respondents have never made a purchase via social media, and 60% have skipped ads when the option is presented. Dive into the infographic for the full revelation! 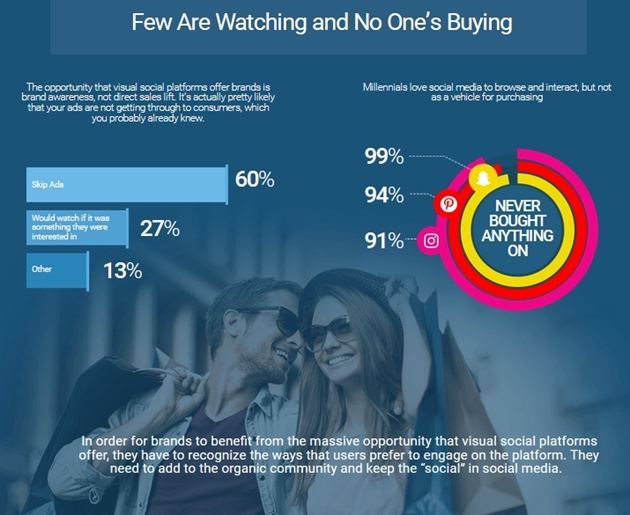 10. Instagram or Snapchat Stories: Which is a better fit for your brand?

Now that two major social networks feature options for time-limited photos and videos, which makes the most sense for your business—Snapchat or Instagram? It depends on whom you want to reach, and how you want users to find you.

Though 52% of teens use Facebook-owned Instagram, only 42% use Snapchat—proportions very similar to those of the 18-34 age group; moreover, Instagram has search functionalities for easy identification of brands, something Snapchat lacks.

For the complete, in-depth infographic, check out the whole story on MarketingProfs. 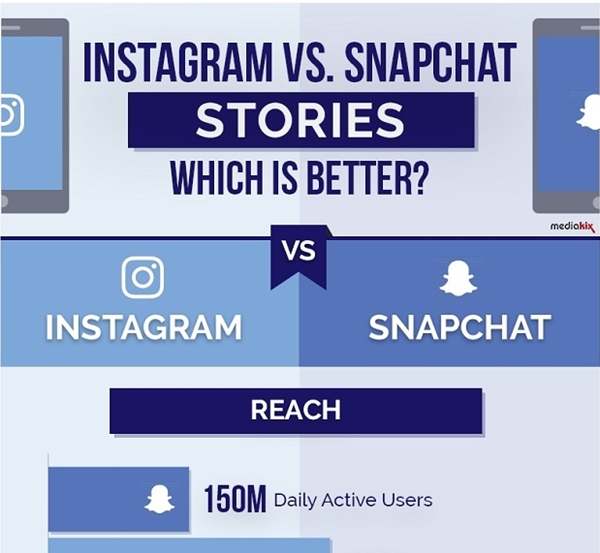 11. We'll wrap with why we might be looking at cyberbullying the wrong way

Trolling and cyberbullying are nothing new, but social networks are shouldering more of the blame and accusations as the societal problem seemingly magnifies. Social platforms across the spectrum have developed and launched new censorship and privacy features in an effort to protect users from such acts, but is blaming the social platforms on which cyberbullying takes place really the right approach?

A recent Techcrunch article says no, and makes the case that it's not the social networks and their new policing policies (or lack thereof) that deserve the blame, but rather the ubiquity of anonymous and fake profiles.

Research shows that the ability to hide behind not only a screen but also a false Twitter or Instagram handle could be the root of the problem and catalyst for nasty online behavior. That in turn suggests that we instead need verified profiles and that our obsession with moderation and censorship might be counterproductive.

What's your take? Should social networks shoulder the blame for online bullying?