The biggest news in social this week: LinkedIn finally gave the world what it wanted—audience insights; Facebook builds an inbox designed to make your brand's communication a cinch; Snapchat sends its users on a treasure hunt for Snap-recording sunglasses, and it secretly files for an IPO; Pinterest builds new "Explore" feature; Facebook's post-election PR disaster; much more...

Skim to dig in!

From now on, tapping on "Me" on users' content in the company's mobile app will result in real-time insights about who has read their posts, including job titles, which companies they work for, how they discovered the users' content, and more.

The new data provides users with a much simpler way to track the success of their LinkedIn strategies—seeing whether their posts were optimized in a way that enabled them to reach their desired audience, and providing an easy entry point for connecting with relevant users in their industries. Finally! 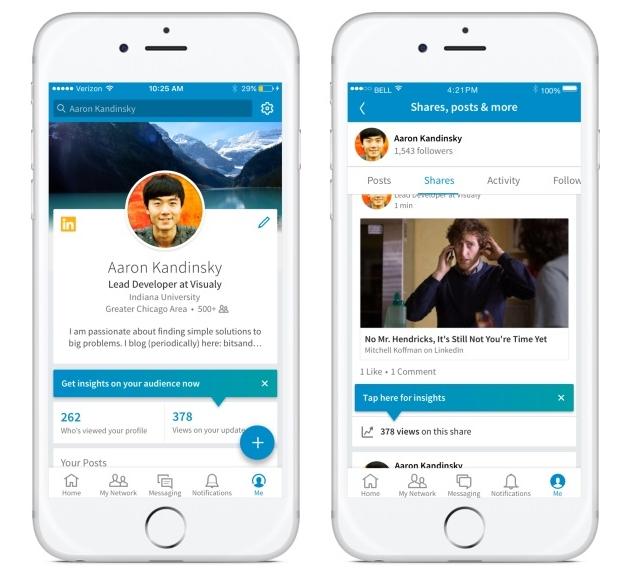 2. Facebook builds a unified inbox across all its platforms

Responding to messages and comments across Facebook and Instagram just got a whole lot easier. Facebook has begun rolling out a unified inbox for businesses that use Facebook, Messenger, and Instagram. No more fumbling between applications to keep that 100% response rate we're sure you have!

But don't worry, the inbox will also have tabs dedicated to each platform should you wish to focus on an individual channel.

The feature is expected to roll out further in the coming weeks, so keep an eye out!

3. Snaphat Spectacles are here, and popping up at a vending machine near you

Although the highly anticipated hardware product by Snapchat abruptly went on sale last year via a single vending machine near the company's original Venice Beach headquarters, Snapchat appears to be taking positive responses from consumers as a mandate to roll out availability more widely.

Spectacles, the Snap-recording sunglasses that let users record 10-second Snaps with the push of a button on the side of their lenses, are due to pop up in "Snapbot" distributors in different locations. To build hype, Snapchat has a Snapbot locator map on its Spectacles website that counts down to new location announcements. Spectacles cost $130 a pop and could usher in a new era for the company beyond its flagship app should they take hold.

What's it mean for you? Check out how some brands are already using them.

It's reportedly the reason Disney and Salesforce dropped their bids to purchase Twitter this year, and Google's YouTube appears set to tackle it head on just as Instagram and other social platforms have done. What is it? Harassment and bullying online.

Internet companies have been hounded to address rampant harassment that occurs on their platforms, and YouTube is the latest to react by introducing new ways for video creators to build a more cordial comments section. Creators, whose comments will now be highlighted in a bright color to help users identify them, will also be able to pin comments to the top of video feeds, and show appreciation to fans by marking their comments with a heart symbol. We're a few colors and symbols closer to a better digital world. 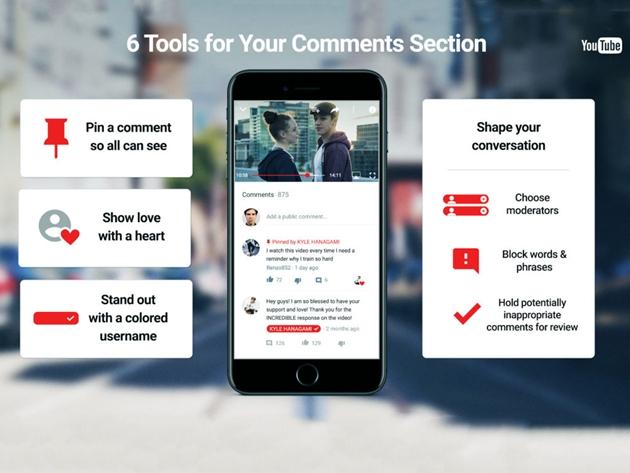 It once introduced the semi-anonymous public chat feature centered on varying interests via a failed standalone app dubbed "Rooms," but now the social titan is now taking what it's learned mainstream, and testing the feature within Messenger itself.

Rooms are now being tested in Australia and Canada before further rollout, and they allow users in these regions to create public conversations based on certain topics and interests. Each room has a link that can be shared with any Messenger user. It could be well-utilized for event organization and sending out alerts to larger groups that contain people who may not necessarily be Facebook friends, but may have a common interest in a particular topic or subject. 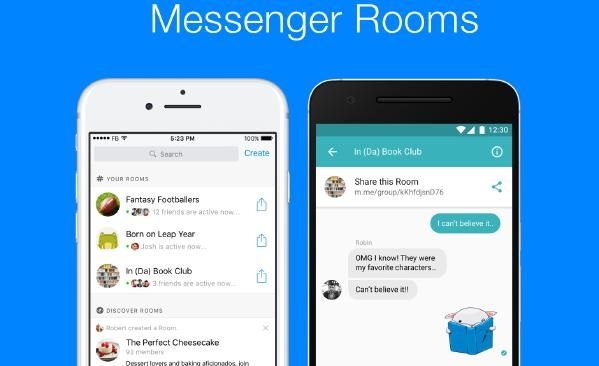 A recent Reuters report suggests that Snapchat's umbrella company took advantage of a rule exclusively for companies with under $1 billion in revenue to secretly file for an IPO just before Election Day.

Reuters reports the IPO could happen as soon as March, and that the company would be valued at between $20 billion and $25 billion when it does. For comparison, Facebook filed for an IPO when it was valued at $81.2 billion—certainly not chump change. Readers, why do you think Snapchat would want to keep the IPO under wraps?

Still not sure exactly what approach your business can take to make Instagram's new Snapchat-like Stories a part of your social media strategy? Look no further than Social Media Examiner's five great ways to use the feature, based on what businesses are already seeing success with, of course.

Covered in detail: showing a day in the life at your company, turning your blog content into mini-articles with drives to Web, teasing your Facebook Live broadcasts, showing your product in action, and celebrating company milestones. 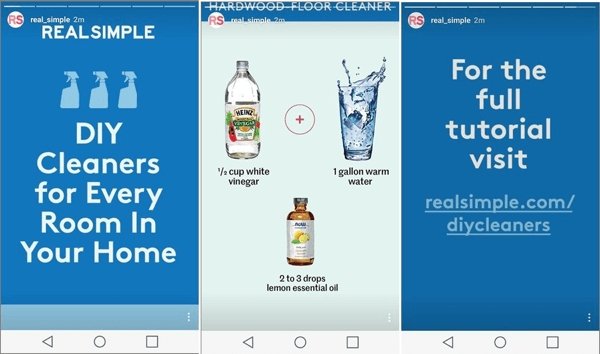 Hoping to get more content in front of the eyes of users, as well as increase time spent on the platform, Pinterest has launched a new Explore section. The addition is meant to bring up new trends and top ideas; to do so, it will use an intersection of the company's recommendation algorithm and trending content from publishers and other sources.

Much of Explore's functionality already exists on the platform, but giving it a dedicated section could help encourage users to adopt a new, exploratory behavior to help them expand their interests, and bring new users that might share things outside of what's normally shared on the platform.

Snapchat may have made vertical cool again, but that doesn't mean the format is reserved to only Snaps. Instagram announced the introduction of vertical ads for photo and video this week, giving advertisers a new way showcase their brands.

Though portrait formats have long been available for users' posts, the extension of the capability to ads provides more creative flexibility, particularly as mobile becomes a bigger emphasis, and source of revenue. 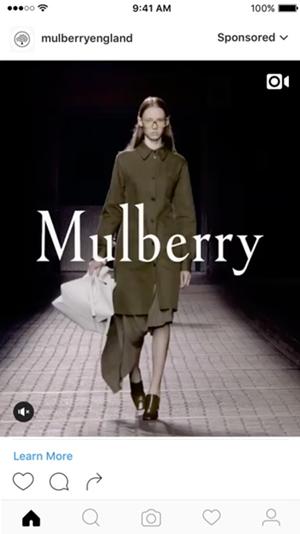 10. The media channels the brightest B2B markets use [infographic]

The smartest, most efficient B2B marketers use a variety of paid, earned, and owned media to drive leads. The landscape and consumption of content in the B2B world has shifted. Want to make sure your marketing mix stacks up against the pack? MarketingProfs has a must-read recap of a ToTheWeb.com infographic that breaks down all you need to know. A few numbers to get you started... 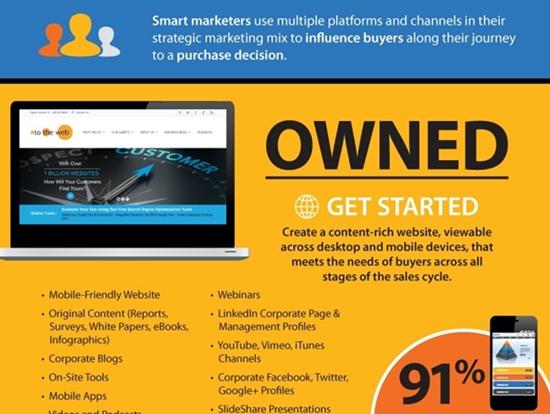 11. We'll wrap with how the election outcome has become a Facebook PR disaster

Is Facebook a bubble? Many would say yes, particularly after the US presidential election. Critics say the social network's algorithm, its policing body, and its claim not to be a media organization, all contributed to the building of an irreversible echo chamber where users' beliefs were all but reinforced—sometimes by fake news stories—that fit the reality they've built for themselves through the articles they've liked, the content they've commented on, and the shares they've spread.

Facebook replaced its human news editors with an algorithm, which some reports show resulted in many highly inaccurate articles' spreading on the social network. Facebook has since responded to the criticism, saying 99% of its news stories are authentic.

Both the social network and Google came out on Tuesday to announce they would stop advertising on fake news websites in an effort to cut of the revenue stream that keeps the false stories going.

What do you think? Was Facebook's algorithm enough to change the outcome of the election?