#SocialSkim: LinkedIn's Latest Changes, How Social Will Change in 2017: 10 Stories This Week

Start off on the right foot with the first 'Skim of the year: all the LinkedIn changes marketers need to know about; Twitter's cry for help from its users, and its introduction of 360-degree live video; consumers' big concerns about social commerce; the world's first social media addiction clinic; four social selling tips to grow your sales pipeline; and much more...

Skim for a fresh start!

1. The new LinkedIn: What social media marketers need to know

New year, new you... on LinkedIn, at least! A new layout is soon rolling out to all, and marketers need to know how to navigate it and where to find the functions they need.

Have the changes gone live for you yet? 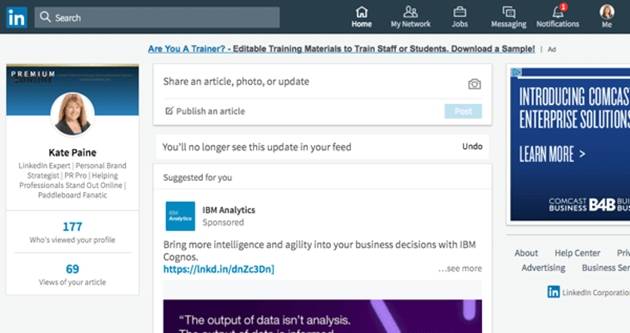 2. Twitter's Jack Dorsey asks users for a wish list, and they don't hold back

With no willing buyer for Twitter in sight, its CEO took to the platform to ask its users just what they're hoping Twitter will build in 2017—an apparent attempt to crowdsource ideas for ways to improve the social network in the new year.

Far and away the most popular request was that of an edit tweet feature to allow users to make changes to existing tweets without having to delete and start from scratch. Dorsey seemed to have avowed the request, but noted that such a capability would have to avoid damaging Twitter's reputation as a "public record."

So, any edit feature would either be only for quick fixes directly after publishing, or more permanent changes would show revision history to all users. Either way, we'll see whether Dorsey was sincere in his outreach to users!

Following in the footsteps of Brian Chesky: what's the most important thing you want to see Twitter improve or create in 2017? #Twitter2017

Though social commerce has undergone explosive growth in recent years, its introduction by brands and adoption by consumers have nevertheless left many still skeptical about making purchases on social platforms, a recent report from Sumo Heavy Industries found.

Half of people said social influenced their purchase decisions, but only one in five had bought via social media; 77% claimed avoiding social shopping transactions for what they perceive as lack of security.

It might take years to shift these perceptions, so brands must reassure customers that their social orders are treated the same as their e-commerce equivalents. 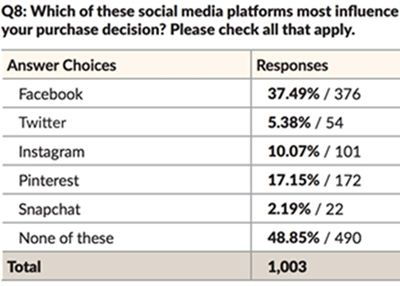 The Twitter-owned live streaming social network is the latest to throw its hat into the live 360 video ring, after YouTube and Facebook introduced the capability in April and December, respectively.

The feature is being tested with select partners for now, but it will roll out to additional users in the near future. Periscope and Twitter users are now able to view 360-degree livestreams on both platforms; simply swiping on the screen or moving the device around will provide the 360-degree effect.

Pinterest can be a great place to find new customers and leads, and the new year seems like a great time to finally start that Pinterest Business page you've been putting off. Need another nudge? Here are five reasons you should join the Pinterest business party: 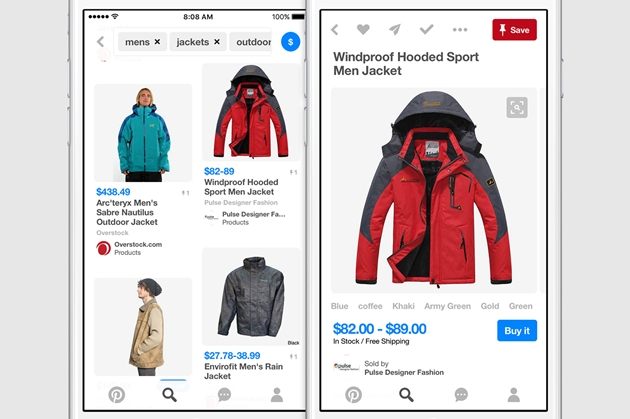 6. How analytics and data will change social media in 2017

As advertising capabilities and measurement make leaps and bounds, social media will be in the driver's seat for many in 2017 as businesses come to grips with its pay-to-play model and the enormous share of online time spent by consumers on them.

With an unemployment rate of over 25% among those under age 24, many of Algeria's youth have only one place they can congregate: all-night Internet cafes. The addiction problem is growing, with the worst addicts in the country rarely taking breaks from Internet use for food or the bathroom, and physical problems like back pain; moreover, aggressiveness and anxiety when deprived of use are increasing. The clinic's treated more than 100 patients since May, and is also conducting a public education campaign in conjunction. Welcome to the future?

Only 1% of B2B cold calls result in a face-to-face meeting, and 90% of B2B decision-makers don't even respond to them. Taking concrete steps to increase your ability to sell on social can be a great way to augment these scary stats, and Business 2 Community has a great tip list on doing just that!

Covered in detail: revamping your LinkedIn profile for optimization, setting aside daily blocks to figuring out how to reach the right people on social, dedicating time to liking, sharing, and commenting on your prospects' content, and more...

Conventional wisdom would have brands using hashtags and tags galore in every Facebook post, and avoiding interactive calls-to-action on posts. But does all that still hold true today?

A Visme infographic based on an article by Mike Gingerich might point us in a different direction, with 10 rules for effective Facebook marketing.

Is your social strategy too old-school? Click through to benefit from all the latest tips and tricks! 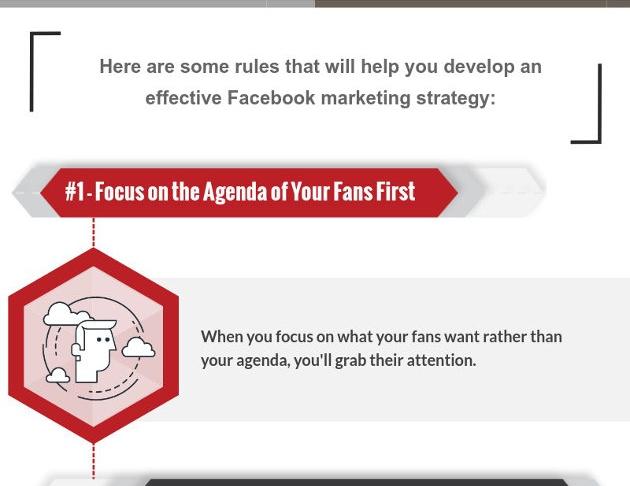 10. We'll wrap with the beautiful place the Internet can be

Reddit is sometimes known for its sometimes-hostile users, which is why it's often avoided by brands. But that doesn't mean the social network can't also provide hope in times of despair.

That's exactly what one mother found when she posted her favorite video of her son singing at a school concert on the social network. Her son committed suicide in October; because the video's audio was too poor for her to enjoy, she turned to Reddit to get some advice on how she could fix it.

Redditors, including audio engineers and movie sound editors, flooded her inbox with condolences, as well as enhanced edits of the video for her to listen to.

The outpouring of support, which grew to include thousands upon thousands of comments, apparently overwhelmed the mother and made her family's first Christmas without her son a bit easier to bear.