This week: LinkedIn promised increased targeting for marketers thanks to a new data deal; Facebook is testing ads front and center on Messenger; Google+ has finally built an insights feature for profiles and pages; Facebook has replicated Snapchat's Story format; Snapchat embraced offline ad targeting; why B2Bs are still wary of social media; and much more...

1. LinkedIn links up with data wiz to give marketers increased targeting abilities

The Microsoft-owned social network for professionals and hub for B2B marketers just formed a partnership with DataSift that will enable it to provide marketers with increased targeting of and insights regarding the platform's 467 million users.

DataSift earlier inked deals with Twitter, Facebook, and Tumblr, and its newest one, with LinkedIn, will let it sift through the social network's public feed and throw that data into its new product specifically for LinkedIn's Engagement Insights.

LinkedIn hopes to increase ad revenue, and so it's helping marketers understand what topics, content, and conversations are trending with various audiences on the platform.

The Messenger home screen for users in Australia and Thailand just got a whole lot more colorful, with Facebook testing card-style display ads from businesses, front and center on the page.

For users, it means having to scroll past a new, large section to get past the ads. For businesses, it means potentially having a new way to reach Messenger's one billion monthly active users, and targeting them with specific calls to action. 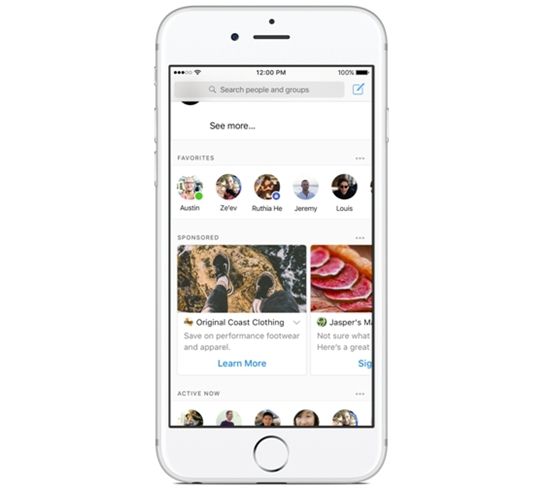 3. Google+ finally gets an insights panel

Google+ has finallylaunched an insights panel, accessible from the three-dot icon located in the top right of profiles, allowing users measure the reach of their posts and changes in their number of followers.

The new insights feature is available to both profiles and pages on Google+, but for now only on the desktop version of the social network. Users can select between viewing insights for the previous 30 days or the previous week, but further customization is not possible. At least it's a step in the right direction! 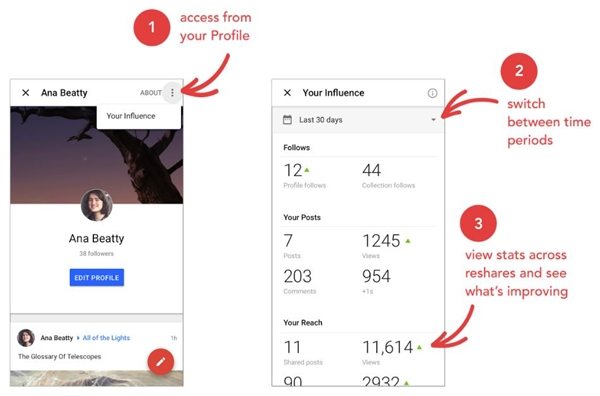 LinkedIn has unveiled a revamped design that looks a lot like... Facebook. The shift comes after the company's founder and designers alike criticized the site as one that "needed work" and made it hard for users to "understand what to do."

The new design mimics Facebook's layout, with a central news feed that unravels beneath an entry space for status updates, and a new "What You Need to Know" section right where Facebook puts its trending topics.

The copying of the world's biggest social network's interface is smart, as users are already familiar with it. Overall, the new LinkedIn on desktop is faster, cleaner, and a whole lot easier to navigate.

What are your thoughts on the new design?

It turns out Facebook's plans to derail Snapchat's monopoly on ephemeral videos and photos in the form of "Stories" didn't end with Instagram. Facebook has introduced the format on its mobile app to users in Ireland, with plans to roll it out more widely in other countries in the coming months.

Facebook cites changes in the way people are sharing on social networks (using more visuals and photos than before) as the reasoning behind the addition. It's a smart move for the platform, as the format has worked well not only for the original creator, Snapchat, but also for Instagram.

For most brands, the change means being able to get their Story format out to a wider audience, since many boast higher fan numbers on Facebook than Snapchat.

Snapchat's forging its own battle against fake news and inappropriate content on the platform, and going after its publishers that are a part of its Discover feature to do so.

Discover, which curates content in a sort of storytelling format with visuals and videos, now has new guidelines that prohibit overly sexualized material, profanity, and violent content on cover photos, and obliges publishers to create warnings before any "shock content" that might be integrated. Next month, the social network will release a tool to limit specific content to users age 18 and older.

B2B marketers continue to adopt, and experiment with, social media as a means for lead generation and raising brand awareness, but a Demand Metrics survey, cited by eMarketer, indicates that many executives feel less than giddy about the results thus far.

Demand Metric's survey found that more B2B organizations are using social media than ever before, with at least half of them reporting a "medium" level of involvement on social platforms—with LinkedIn and Twitter holding the top two slots in popularity. But only 30% of executives said the investment met or exceeded ROI expectations, and only 24% said the same about social's ability to generate leads. Share your brand's experience in the comments section! 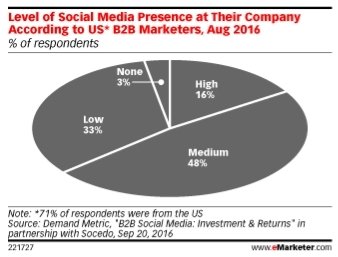 The company has, up until now, stuck to more wide-appeal targeting, offering ads across its user base for things like movies with mass market appeal, but the new capabilities mean users will be categorized into groups, such as "cosmetics shopper" or "consumer tech shopper," based on their in-store purchases. The changes rolled out over the last few weeks.

Although Snapchat's latest change doesn't let the company target users based on sensitive data (think religion, race, or sexual orientation), users on the platform can still opt out from the practice by disabling the Snap Audience Match option within the Settings portion of their profile.

Does your B2B company go live to answer consumers' questions, conduct tutorial videos, or launch new products? If so, Livestream—one of the first video livestreaming platforms—has news that might make your life easier.

The company announced support for premium and enterprise customers to simulcast on its platform and across brands' YouTube, Periscope, and Twitch accounts. Though each social network's live streaming capabilities has its own nuances and ways to interact with viewers, Livestream's new feature could be useful should you have an announcement that needs to grab as many eyeballs as possible at once.

For now, Facebook's terms and conditions dictate that Livestream videos can't be broadcast on Facebook and other social networks at the same time, but users can broadcast simultaneously on Facebook, the Livestream platform, and their own websites.

New research from social psychologists at three universities in the UK and the US found that the influence that fake news has on readers can decrease with contextual warnings on such content.

It's a discovery that bodes well for Facebook's (and now Snapchat's) moves to crack down on false information via labels visible to users.

Even more encouraging? Warnings were equally effective across ideological lines, meaning there might indeed be hope in setting the record straight on social media.

If your brand has built a presence on Tumblr, there's an exciting update for you that you probably expected a while ago: stickers and filters for photos and GIFs. The new features rolled out to Tumblr's iOS, Android, and iMessage apps on Tuesday, and the company plans to continuously add new permanent and limited-edition stickers to the new product.

Brands and users can add filters to photos and GIFs by selecting the magic wand icon at the bottom of their compose screen. Your photos can be saved to your phone's photo gallery, as well, should you desire to share your creations outside of Tumblr.

Tumblr could monetize such a feature in the future, mimicking Snapchat's filters and lenses by selling to brands and individuals. 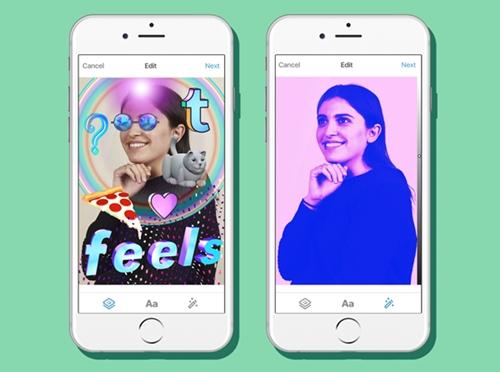 12. We'll wrap with the peaceful transfer of the presidential Twitter handle

Within hours of President Trump's taking office, Twitter managed the smooth transition of the @POTUS Twitter handle from Obama to Trump.

It's the first transition of this type. Twitter migrated all of Barack Obama's 14+ million followers to his new, @POTUS44 handle, while the same 14 million followers stayed connected to @POTUS, which means Trump will begin his presidency with a solid follower base.

Trump, however, didn't start tweeting from the President's official handle right away, probably because he boasts about 10 million more followers on his personal account.