This week: Facebook aims to optimize for video, and updates its algorithm to do it; LinkedIn opens up about how it markets itself on the platform; Snapchat files for IPO despite apparent Instagram threat; Facebook video might come to a TV screen near you; Twitter to roll out anti-abuse tools; Slack's new product launch; and much more...

1. Facebook's latest algorithm change, and what it means for you

New changes in Facebook's algorithm make video an even higher priority for the social network, and emphasize timely and accurate updates. The first change, rolled out last week, encourages brands and users to create more compelling video content by including the "percentage completed" (or viewed by users) as a factor in ranking those videos.

And to combat fake news, the social network's guiding algorithm now also includes signals that identify and rank authentic content, and introduces a new way to predict and rank when posts might be more relevant to users. Minimal impact is expected for publishers, but it sounds like it's time to get on your video game!

2. How LinkedIn markets on LinkedIn, and why you should take notice

Taking a glance at how the professional network markets itself on its own platform might hold the key to your brand enhancing and optimizing its own marketing efforts. A handy infographic assembled by Column Five based on a LinkedIn guide (registration required). Here are a few hints at best-practices:

Check out the full infographic for much more! 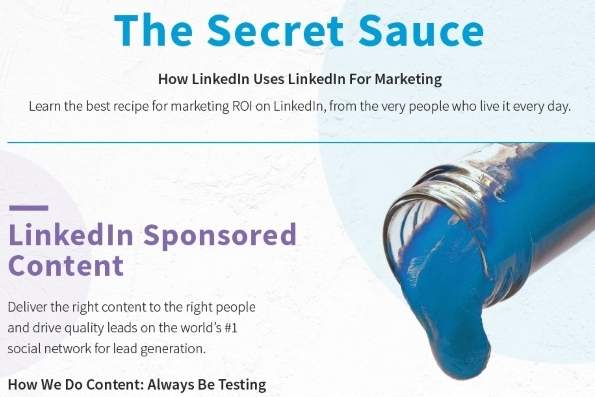 3. Attack of the clone: Instagram Stories takes a bite out of Snapchat

Feedback from dozens of analytics companies, social media celebrities, and talent management companies suggests engagement is down on Snapchat ever since Facebook-owned Instagram introduced a replica of Snapchat's Stories feature in August 2016.

Most reports of viewership declines on Snapchat Stories range from 15% to 40%, with the same sources noting enormous engagement increases on Instagram.

Snapchat also hit its lowest number of downloads after Instagram Stories launched, falling to its lowest ranking all year on the app stores at #11.

All that could spell trouble for... 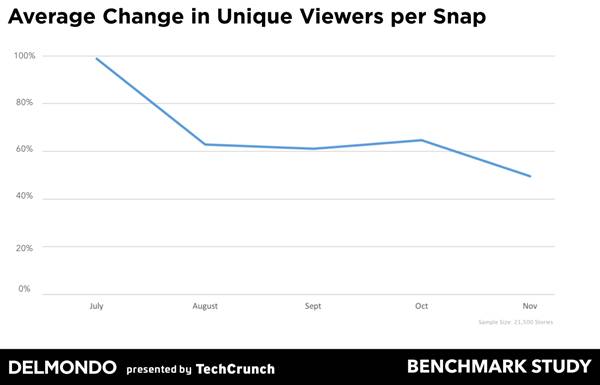 ...and parent company, Snap, which filed its IPO on Thursday. The social network company was possibly in a hurry to maintain its value even as Instagram apparently steals its viewers, and settled on the New York Stock Exchange to file its massive initial public offering.

The company hopes for valuation of up to $25 billion. The filing included never-seen-before new data and metrics about the app (because it's remained behind private doors). The data revealed big revenue growth, but significant losses as well; and, while its advertising business is growing, the numbers also indicated that the app itself is struggling to grow.

5. Facebook video could soon come to a television near you

The social giant is reportedly working on an app for the likes of set-top boxes like Apple TV—a move that could bring Facebook video into your living room.

As the social giant continues to prioritize video, it makes sense that it would try to expand viewing possibilities, particularly with its network of 1.79 billion monthly active users worldwide. It's certainly not an audience to laugh at.

The struggling social network reached out to users directly back in December to crowdsource what important changes it could make on the platform, and requests to suppress harassment and abuse notably came out on top.

Now, without providing much of any detail, the company suggested that changes to mute/block and stop repeat offenders from creating new accounts would be taken very soon. A more detailed announcement is set to come in a matter of days, so check back next week!

The four-year-old messaging platform, used by companies as a sort of internal social network for employees to message, collaborate, organize, and share files, is launching a new product aimed at massive companies like IBM and PayPal.

Slack's suite of tools was originally designed for small teams and businesses, but quickly spread to media companies and startups. Now, additional security and regulatory approvals mean the company's ready for the big leagues. But the company is facing a challenge from Microsoft's Teams product, which some 27% of large businesses already use or plan to adopt in the coming two years—versus Slack's 18%.

We've got some good news for many B2Bs: Though your brand may have built a presence on social media thinking it was your best bet of reaching Millennials, it turns out that Generation Xers—an important part of those making companies' purchase decisions—might be even more influenced.

A Nielsen report finds that Gen Xers actually spend more time on social media than their younger, Millennial counterparts. Moreover, they also interact more with television on social than Millennials, with 42% posting about programs or interacting with others who did, for example. 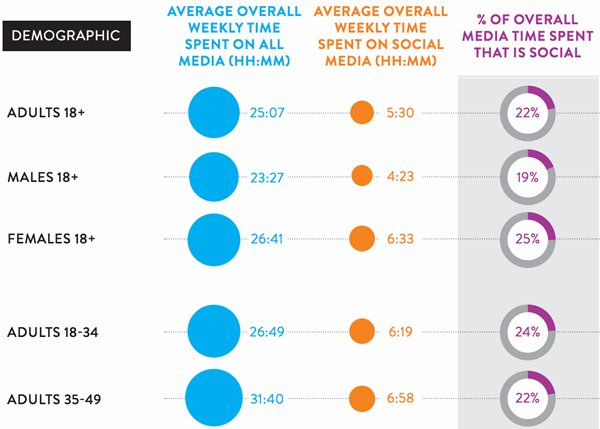 Despite increasing competition from platforms such as Netflix, Hulu, and Amazon, Alphabet's YouTube still shines, with the umbrella company noting a 22% increase in fourth-quarter revenue year-over-year thanks in big part to the video platform.

In fact, it's a social network that can claim 85% of digital video viewers online as YouTube viewers, and it proves to brands that a strong strategy on the platform can translate to lots of exposure for their products.

See the next item (No. 10) on how to improve your blog posts with YouTube videos, and reap the benefits sooner rather than later. 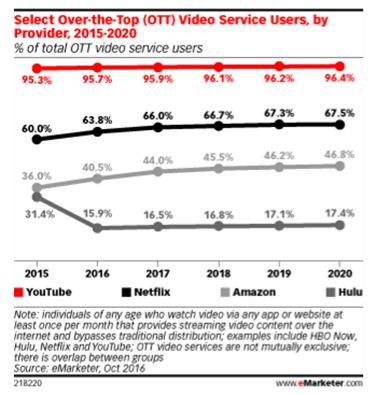 Have you been sticking to the same, eye-catching images to lure readers to your blog posts? Maintaining a company blog doesn't mean sticking to text and static images only, especially when incorporating video can help your brand stand out from competitors, enhance your posts, and increase viewership.

From steps to embedding YouTube videos and using YouTube end screens to create custom calls to action, to producing your own tutorial videos that prospects can customers can view to learn more about your products, Social Media Examiner talks through the best ways to incorporate video and reap the benefits of more inbound links and more dynamic, engaging content.

11. You can now drive Snapchat users to your website with its own Snapcode

To create a Snapcode, and hopefully generate more traffic to your site, simply select Settings and follow the Snapcode prompts. Website links via Snapcode will open up via Snapchat's browser within the messaging app itself. Check out the tutorial video below. Will you give it a shot?

You might not yet share the feeling, but merchant platform Payever is convinced social media can play a meaningful role in converting customers and driving sales.

With the number of social media users expected to balloon to 2.5 billion by 2018, social platforms present an enormous opportunity for brands to sell, and Payever's recent infographic shows us just how a well-structured social media e-commerce strategy can help your brand convert. 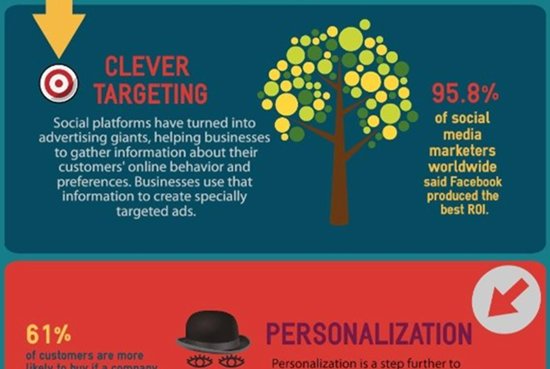 13. We'll wrap with companies taking a stand on immigration issues

The founder and chairman of the world's largest social network, Mark Zuckerberg, came out swinging with his fiercest, yet still polite, condemnation of President Trump's executive action on immigration. LinkedIn announced plans to accelerate the launch its refugee project in the US in an effort to quickly help refugees find economic opportunities.

Social networks aren't the only ones taking on the new administration's actions. Tech giants, FMCG/CPG companies, and dozens of other high-profile brands are taking concrete steps to lessen the effect of Trump's ban.

Starbucks pledged to hire 10,000 refugees, Viber is providing free calls from the US to the seven implicated nations, Lyft donated $1 million to the ACLU, and the list is growing. Want to support companies that are trying to make a difference? GreatCompany.com's got just the list for you.