This week's 'Skim is all about fighting for the next user: Why you should consider Facebook's low-bandwidth app, Facebook Lite; why Snapchat's fastest-growing demographic will surprise you; what you need to know about how the Super Bowl played out on social, and the brands and social networks that claimed victory; what big play Pinterest is making in search; how to convert Instagram users to buyers; how B2Bs tap into social; and much more...

The social network's low-bandwidth world revenue skyrocketed 52% in 2016 thanks to the lite version of Facebook's app, which makes it easier and more enjoyable for users with poorer data connections to sign up and spend more time on the platform.

The social giant's revenue in "Rest of World" regions (those outside of US & Canada, Europe, and Asia-Pacific) ballooned to $839 million per quarter last year.

Facebook Lite launched in June 2015 and will now expand to Israel, Italy, United Arab Emirates, and South Korea. Oh, and there are some great ad options for your brand should one of these markets be in your purview. 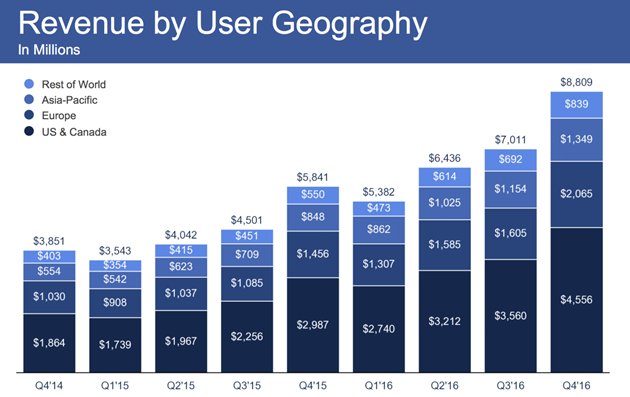 2. Snapchat's fastest growing demographic is... those older than 35!

There's been a lot of chatter about Snapchat this past week after the company prepared its IPO, but the app bucking its stereotype of being elusive and cryptic for anyone older than Millennials wasn't in the headlines. In fact, research shows the app's fastest growing cohort of users is those age 35 and over.

The demographic grew 224% in 2016, with 33 million US users over 35 using the app in the last quarter, up from 10 million the previous year. Although reach encompassing this age group is still significantly less than that of competitors Facebook and Instagram, the app still has room to grow.

Now if it can just keep its cool, edgy social network demeanor as the adults join the party.

3. Everything you need to know about the 2017 Super Bowl on social media

You already know, but to put into perspective how important it is to be present on social media, you only need to look at the numbers: Super Bowl LI generated more than 27.6 million Tweets, 240 million Facebook interactions (90% of which were on mobile), and 150 million Instagram interactions.

Whereas Pepsi and T-Mobile walked away as the champs of Twitter in terms of mentions, Audi took the prize on Facebook with its politically charged equal-pay commercial. After the US, the four countries most engaged around the event on social include Mexico, Canada, Brazil, and Germany.

While #SB51 action played out in Houston, fans around the country buzzed on Twitterhttps://t.co/zW9IZcNNpK pic.twitter.com/6VznXvM1Ai

4. Pinterest rolls out search ads, and here's how they work

Before search ads, advertising on the social pinboard platform meant buying Promoted Pins that would display your products only alongside relevant searches. The new search ads, on the other hand, appear right after users type something in the search bar.

The ads will be automatically created from product inventory, giving advertisers the ability to pay on a per-impression, pin-click, or engagement basis, and newly introduced ad groups make the platform familiar for any marketers used to pay-per-click campaigns on Google or Bing.

While Snap Inc.'s Snapchat grew leaps and bounds in 2016, growth almost came to a halt when Facebook's Instagram launched its own competing Stories feature that replicated one of Snapchat's most popular functions.

Although it's difficult to say for sure that Instagram's to blame, Instagram Stories attained the nearly same number of Snapchat's 150 million daily active users within five months of launch. Snapchat, in turn, walked away from Q4 of 2016 with growth at only 3.2%—the weakest figure since 2014, according to publicly available data.

Wall Street might still be convinced the app can build a healthy business based on its history, but expect investors to be obsessed with their growth numbers. 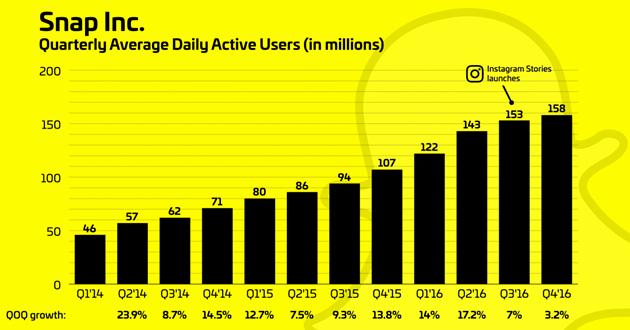 How many times have you seen something IRL (in real life), and wanted to know where you could buy it, how much it costs, or just wanted more information? Well, Pinterest plans to give you that power, with the help of your phone's camera.

The pinboarding app calls it Lens, and the new product means users can simply open their cameras, look at any image, and the social network will break that visual down into pieces, letting users then search for related elements through those pieces.

Those users might just be ripe in the impulse buy moment of the purchase funnel, and Pinterest might just deliver those users a link to the online store to fulfill that need.

A Forrester study finds that Instagram boasts 10 times more engagement than Facebook, and that users redirected to other websites from the platform tend to be more interested than those on other social networks. But how can you tap into all these untapped leads?

AdWeek's got a guide to assist, with tips to understanding Instagram's demographics, your customers, steps to maximizing a paid campaign on the platform, cross-promoting with similar accounts and brands, using Instagram ads, and much more!

Hootsuite, the social media scheduling platform many of your teams might already use, is making a play to become a bigger part of your social media strategy with its acquisition of Facebook and Instagram ad platform, AdEspresso.

The company will roll out an enterprise platform dubbed Hootsuite Ads to assist marketers in creating, deploy, and measure their ad campaigns across the social networks. As posts on most social networks suffer from declining organic reach, budgets for paid content are increasingly becoming the only way for brands to stand out from the crowd.

Will you use Hootsuite to place your social media ads?

Social media experts are well aware that B2B brands are often wary of wading into the depths of social media marketing. eMarketer reporter Maria Minsker lays out five key ways for B2B brands to use social to generate leads and increase sales.

Covered in detail: using content marketing on social to gradually engage buyers, expanding beyond the LinkedIn Mecca, being unafraid of reusing content across different social media platforms, exploiting the importance of social media at industry events, and building an expert community rather than focusing on growing a massive audience.

Marketo has a to-bookmark infographic for all of you marketers out there still baffled by the plethora of advertising options on social networks.

Today's landscape means organic content no longer gets the same traction it used to, and not investing in paid methods of social media advertising can leave your brand in the shadows.

Marketo breaks it down by platform with what social marketers are using, the tips and tools the social networks offer to optimize campaigns, how consumers view each in the buying process, and simple demographics to help you get started in choosing the right platform for you. 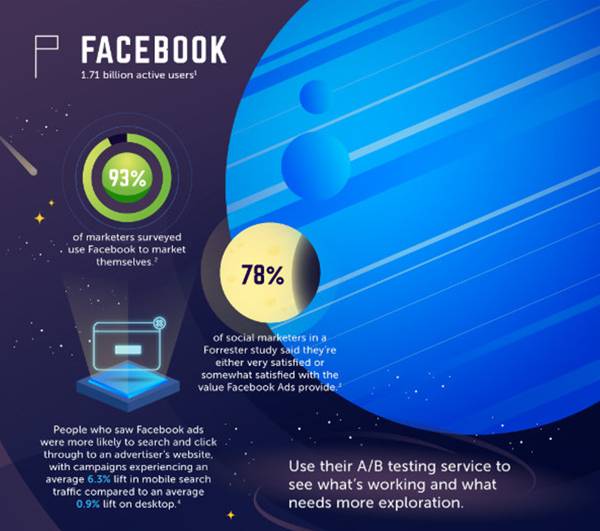 Most brands avoid the controversial and stick to humor to strike a chord with the Super Bowl's audience, but this year those brands that strayed from the pack and ventured into social commentary generated the most buzz given the political climate of today's America.

Airbnb decided to run an ad one week before the game, and highlighted its commitment to housing refugees, while Coca-Cola revived a 2014 Super Bowl ad mashup of a multilingual version of "America the Beautiful."

Not all brands received positive feedback, however, with Budweiser seeing #BoycottBudweiser trending on Twitter after its ad portraying the journey of the company's founder arriving in the United States and experiencing discrimination.

What was your favorite ad? Check out how the rest of America reacted. And sound off in the comments section below!

Today millions cheer together, because together is beautiful. #AmericaIsBeautiful pic.twitter.com/z65LimssjD